Greetings again from the CEND0119 team. Having completed the bulk of our planned sampling at Offshore Overfalls, we are now at Offshore Brighton MCZ. More information about this MCZ and our plans here can be seen in the first blog post for this survey.

Our survey operations in Offshore Brighton have so far focussed on the collection of still images and video from the seabed using the drop-frame camera system, these provide our team on the boat with plenty to talk about and try and identify. The drop-frame camera is also equipped with other sensors used to measure parameters such as temperature, salinity and dissolved oxygen. These measurements provide us with some key information about what the environment on the seabed is like, whether it changes across the site and potentially clues as to why the animals we are finding are living where they are.

We have begun our sampling in a ‘rocky’ part of the MCZ, a substrate vital for sessile (non-moving) animals like sponges, bryozoans (sea mosses), anemones and sea squirts as well as providing nooks and crannies for mobile species including crustaceans and some fish species.

Though more redolent of David than Richard Attenborough1, in our short time here we have nonetheless encountered a colourful cast of characters, some of whom you can see below. 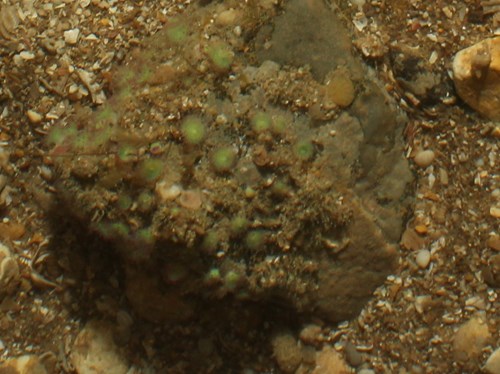 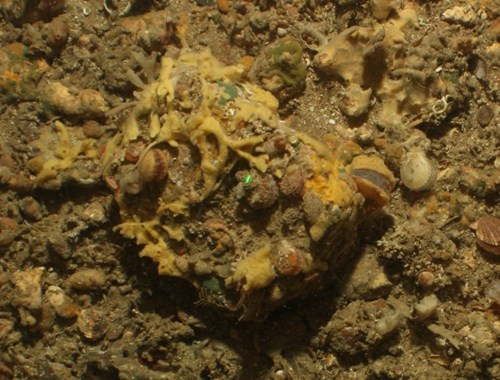 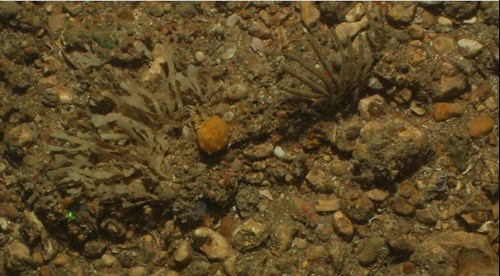 The site area of Offshore Brighton MPA is 862km2 which is roughly ten times the size of Brighton!

1 Wondering about Richard Attenborough's connection? He played the lead character, "Pinkie", in none other than the classic 1948 adaptation of Graham Greene's 1938 novel "Brighton Rock"