The JNCC survey scientists, along with Fiona Ware from National Museum of Scotland and scientists from Marine Scotland Science (MSS), departed from Aberdeen on Monday morning. Flat calm seas allowed us to progress quickly up the North Sea, stopping to carry out a test run of the sampling gear off Fraserburgh. 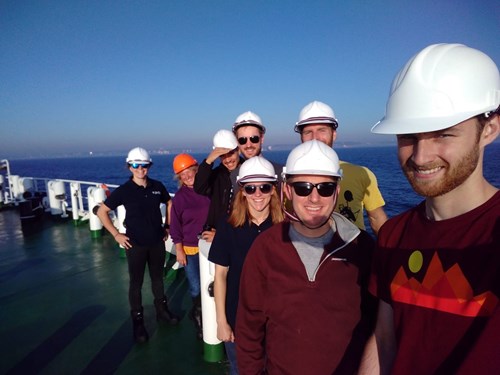 Having arrived at West Shetland Shelf MPA in the early hours of Tuesday morning, the night shift (midnight-midday) began by collecting multibeam bathymetry and backscatter data in order to map the Offshore Subtidal Sands and Gravels designated habitat feature. Day shift (midday-midnight) have continued with the multibeam data collection. 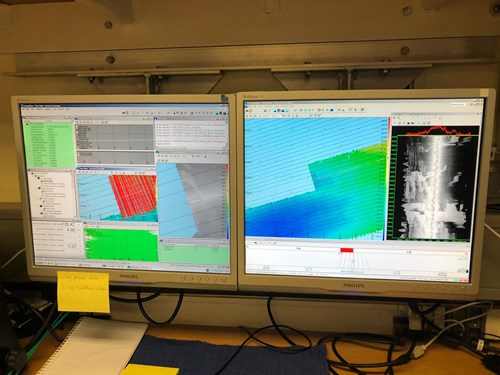 In addition to acquiring multibeam bathymetry data, we are undertaking drop-frame camera tows and grab sampling to collect sediments and animal samples. The sediment within the site is a mixture of sand, gravel, cobbles and even boulders, of which only the sand and gravel can be sampled using our Hamon grab. Using the video/stills imagery, we can determine whether the sediment type is suitable for taking grab samples from the seabed. 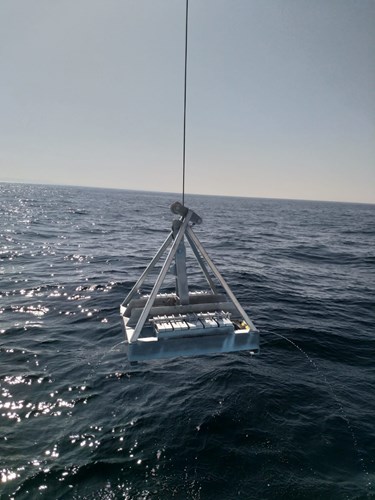 If this floats your boat, why not jump in at the deep-end and follow the JNCC Twitter feed for more exciting updates!