Today (Thursday October 6 2022) is the first ever International Geodiversity Day, an annual worldwide celebration and promotion of the many aspects of geodiversity. The day aims to increase understanding and awareness of geodiversity and geoheritage, including:

Geodiversity is the variety of rocks, minerals, fossils, landforms, sediments and soils, together with the natural processes which form and alter them.

The UK is fortunate to be extremely geodiverse, with a geological record stretching back in time to around 3 billion years ago. The landforms, rocks minerals and fossils of the UK tell the story of the country’s fascinating and long geological history.  The UK’s geodiversity reveals how colliding continents, changing climates, volcanoes and glaciers have shaped the Earth’s surface and how dynamic processes such as landslides, floods and sea-level change continue to shape it today, enabling us to predict how they may continue to alter the surface in the future. It also provides evidence of past life, evolution and extinction.

On the world’s geodiversity stage, the UK is a huge player. For over 200 years, scientists and natural historians have been piecing together the evidence of the geological history of the UK. As a result, the UK has long been recognised as the birthplace of the science of geology – a number of geological time divisions, rock formations and concepts and principles were first defined here, and remain as important today as they were in the past.

International Geodiversity Day, falling as it does in the run up to the 15 Conference of Parties (COP15) of the Convention on Biological Diversity (CBD), in December, is also a great opportunity to recognise the value of geodiversity in nature conservation, and to reflect on the role of geodiversity in underpinning biodiversity.  It is geodiversity that provides the physical basis for habitats, determining the location of uplands and lowlands, the course of rivers, the nature of our coastlines and the composition of soils.  You just need to visit some of the limestone pavement areas in the UK to clearly see this – weathering of particular types of limestone creates fissures where rare and special habitats can develop, leading to a rich diversity of plant species.

In 1977 the first thorough and systematic review of Great Britain’s geoconservation was initiated through the Geological Conservation Review (GCR); in Northern Ireland, a similar review – the Earth Science Conservation Review (ESCR) – was undertaken.  The GCR and the ESCR were a major step forward in geoconservation, and an international first – no other country in the world has attempted such a systematic and comprehensive review of its geoheritage.  These reviews were designed to identify those sites of national and international importance needed to show all the key scientific elements of the geoheritage of the UK – known as GCR Sites and ESCR Sites. These sites display sediments, rocks, fossils and features of the landscape that make a special contribution to our understanding and appreciation of geoscience and the geological history of the UK.

After over four decades of site evaluation and documentation, over 3,000 GCR sites and nearly 400 ESCR sites have been selected, encompassing the range of geological and geomorphological features of the UK. Although much of the initial GCR site selection was undertaken between 1977 and 1990, the review continues to this day, with existing sites being reassessed and new sites and features being identified.

This hugely important work  provides the science underpinning the designation of GCR sites and ESCR sites as geological Sites of Special Scientific Interest (SSSIs) and Areas of Special Scientific Interest (ASSIs) around the UK.  In turn, these designations enable the sites, and geological features found there, to be conserved and protected. Some internationally recognised sites have gone on to be included as UNESCO Global Geoparks, or natural World Heritage Sites.

Some of the amazing geodiverse sites found in the UK include the Jurassic Coast in England, The Giant's Causeway in Northern Ireland, Siccar Point in Scotland, and Parys Mountain in Wales. 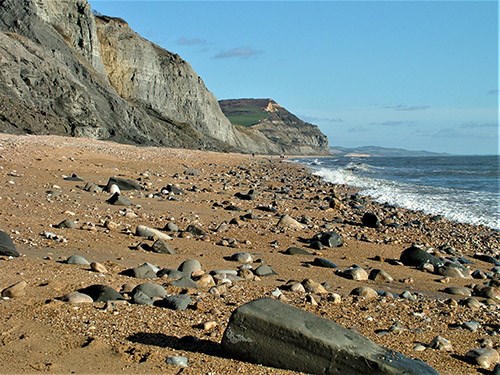 In England, the Dorset and East Devon World Heritage Site (more commonly known as the 'Jurassic Coast’), consists of 13 SSSIs, encompassing 66 separate GCR sites and stretching for almost 100 miles along the coast of Dorset and Devon. The area gained World Heritage Status in 2001 and is one of only two solely natural World Heritage sites in the UK. The Jurassic Coast provides a record of the Mesozoic Era, some 185 million years of time (between 250 and 65 million years ago), and is particularly famous for its Jurassic fossils, including dinosaur bones and footprints, and the fossil hunter Mary Anning. 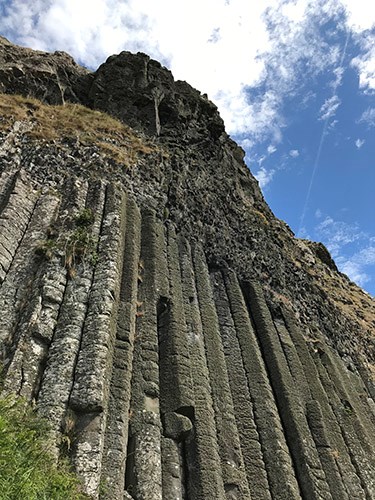 In Northern Ireland, the Giant’s Causeway World Heritage Site is a spectacular location within a larger ASSI, and attracted over one million visitors from all over the world in both 2017 and 2018 . It is made up of around 40,000 thousand mostly hexagonal columns of the igneous rock basalt, formed by  volcanic activity around 60 million years ago as the north Atlantic Ocean opened (or by a giant named Finn McCool if you prefer the less scientific story). 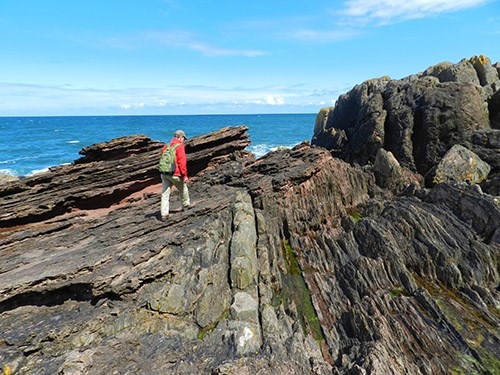 In Scotland, Siccar Point SSSI is a site of huge historical value in the development of geological science. It was used by the famous Scottish geologist James Hutton, back in 1788, to demonstrate the great age of the Earth and the never-ending cycle of geological processes. The site is of global importance, has enormous educational value and attracts geotourists from all over the world. 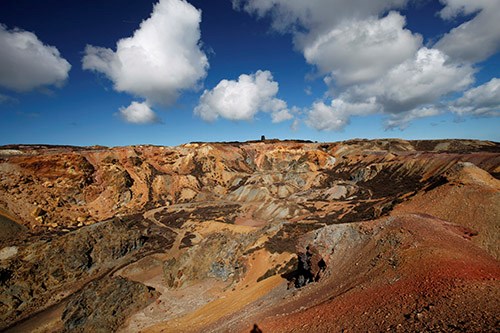 In Wales, Parys Mountain GCR site on Anglesey is the type locality for the mineral anglesite and is of global significance for the study of copper-related mineralisation. In addition, the site has a history of mining since the Bronze Age, is a key site in the GeoMôn UNESCO Global Geopark, and the mining landscape is also a Scheduled Ancient Monument.

The results of the Geological Conservation Review (GCR) programme are published in a series of books, known as the Geological Conservation Review Series, which describe the scientific importance of each site selected. In total, 36 volumes have been published and are available through JNCC's Resource Hub.  The results of the ESCR are also available online.  Recent GCR descriptions are now being published in the Proceedings of The Geologists’ Association.

The GCR and ESCR underpin the expert geoconservation advice provided by the statutory nature conservation bodies (JNCC, Northern Ireland Environment Agency, Natural England, Natural Resources Wales, NatureScot), and the work they do to protect, conserve and promote geodiversity continues to this day – which, given the ever-increasing pressures on the natural world, is more important now than ever.

Around the country (and around the world) events are being organised to celebrate International Geodiversity Day. To find out more, and to get involved, visit the IGD website