Echoes in the deep Blog#5

At Greater Haig Fras MCZ we have been busy collecting multibeam data from within the site, to the north and west of the central Haig Fras rock complex. We’ve targeted the survey area with the multibeam echosounder to hopefully capture the variety of habitats within the site on a larger scale than we can with grabbing or video techniques.

A multibeam echosounder is an acoustic tool that sends sound waves to the seabed and listens for how long that sound takes to return and how loud it is when it gets back. Multibeam tells us several things about the seabed; while perhaps most often used to chart the ocean depths to a very high degree of accuracy, it can also tell us about how rough and hard the seabed is. Check out this animation by The National Oceanic and Atmospheric Administration. 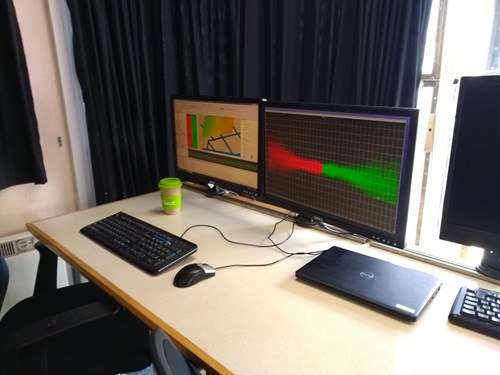 Processing the multibeam data on board the Endeavour © JNCC/Cefas 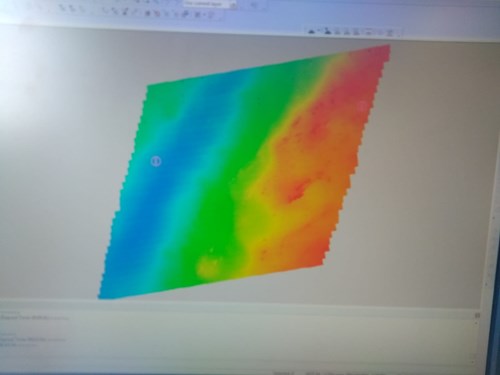 Close up of some processed multibeam data © JNCC/Cefas​

Having specialist technicians and equipment onboard means we can process the multibeam data we’re collecting in almost real time, allowing the scientists onboard to interpret it and use it to inform where we should place additional grab and video stations to make best use of the time we have at sea. Don’t forget you can track the vessel throughout the survey at http://jnccoffshoresurvey.blogspot.com/p/cefas-endeavour-location.html.

Survey Fun Fact:
The Haig Fras rock complex is the only substantial rocky reef in the offshore Celtic Sea. It is composed predominantly of granite and this bedrock supports many species including anemones, brittle stars, and Devonshire cup corals to name a few.