Fauna from the canyons

Over the last week we’ve been exploring the deeper areas of the Canyons from around 1000m to ~1700m. It’s been a really varied landscape from rippled sand with gravel patches and the odd boulder, to areas of bedrock and cliff-like overhangs. Each tow has been a big surprise, not knowing what fauna we might see, or if the geology will surprise us with a rocky landscape.

The most spectacular tows have been those comprising the Feature of Conservation Importance habitat Coral Gardens. These have shown us a variety of coral species from bamboo corals Isididae, antipatharians (black corals) to scleractinians (hard corals). The scleractinians have mainly been Madrepora oculata, with some Lophelia pertusa. Bamboo corals are named for their stems which have a ‘joint-like’ appearance similar to bamboo. We’ve seen the bamboo coral Lepidisis sp., amongst others, and the antipatharian Stichopathes sp., an orange coral with a spring-like coil morphology. We’ve also seen beautiful fan-shaped gorgonian corals and the aptly-named bubblegum coral Paragorgia sp.. Although much rarer, there have been a few sponges, mainly encrusting on rocks and boulders, but also what we think may bePhakellia sp., and a Hexactinellid glass sponge. 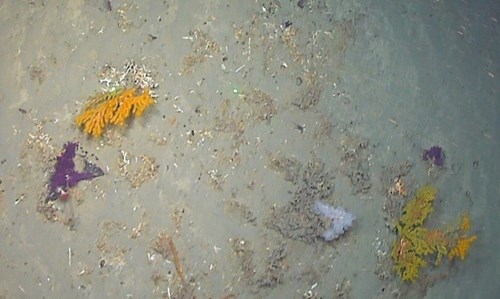 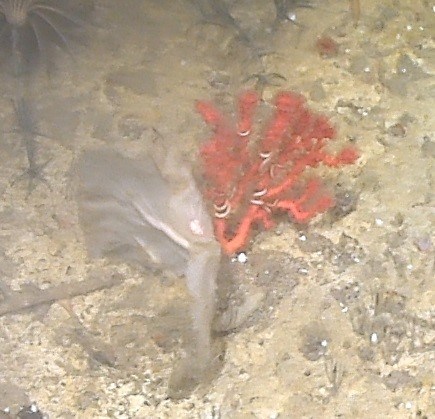 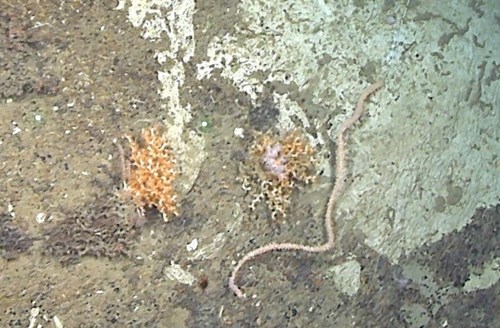 Some sandy areas have shown us small clumps of the bamboo coral Acanella sp. and the occasional cup coral, Caryphyllia sp. We also saw a beautiful ‘forest’ of stalked crinoids. Although they look like plants (known as ‘sea lilies’), crinoids are actually animals, and are attached to the seabed via their stalk, with a mouth on the top surface that is surrounded by feeding arms. Stalked crinoids were the trigger for deep-sea exploration back in the 19th Century – see this blog from the Australian Natural Environment Science Programme - https://www.nespmarine.edu.au/crinoids-were-trigger-deep-sea-exploration 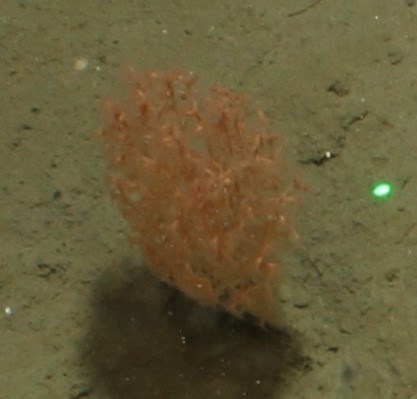 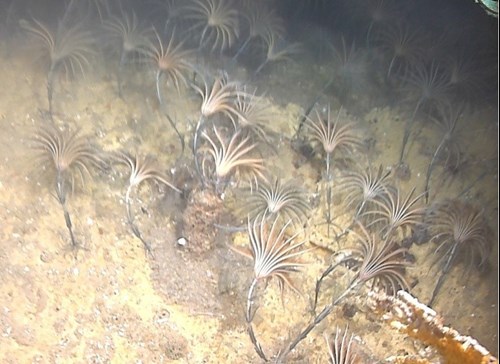 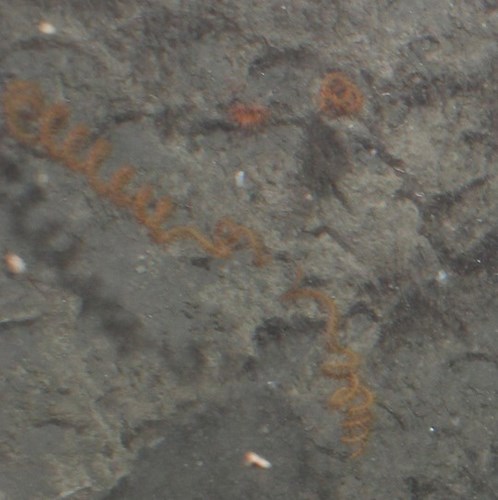