After completing camera work on the mid-point of the Hebridean slope, it was time to begin our descent into even deeper realms. At an average depth of 1500m below sea level, sampling stations are over three times deeper than the locations previously sampled - bringing with it its own challenges, such as the amount of time it takes to get to the sea floor to collect samples.

As we commenced our first camera tow, we waited to see what kind of creatures we might encounter on arrival at the sea floor. Even the journey down was a fascinating experience, where we were faced with a thick soup of plankton in the water column dancing on the video screen in front of us. After just a few tows, we encountered a range of marine life including chimaera (a type of fish that’s related to sharks), rat tail fish, bright orange anemones, xenophyophores (the largest single-celled organism known to science - some species can grow up to 25cm wide!), beautiful sun stars and a hermit crab with a parasitic anemone on its shell. 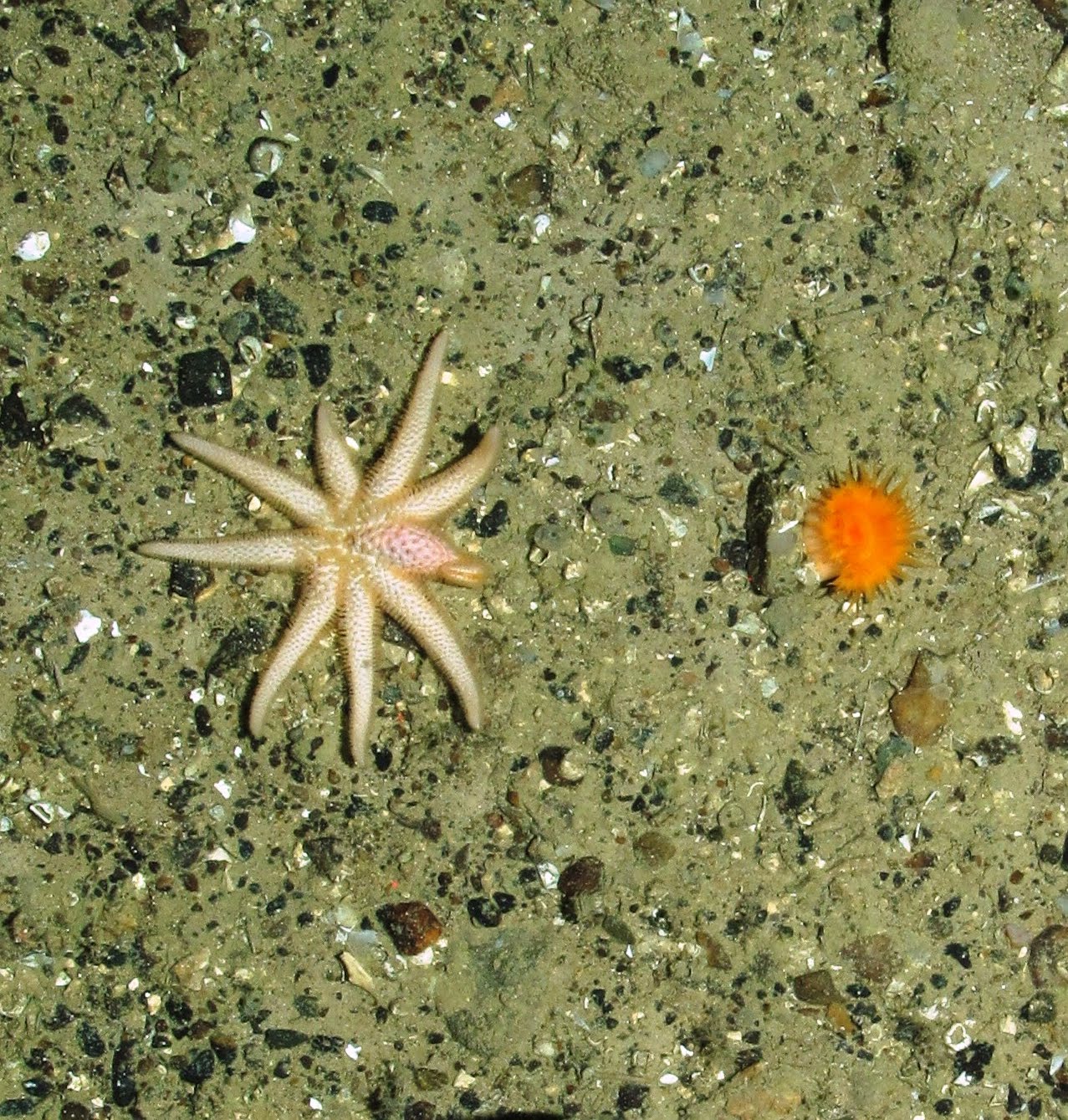 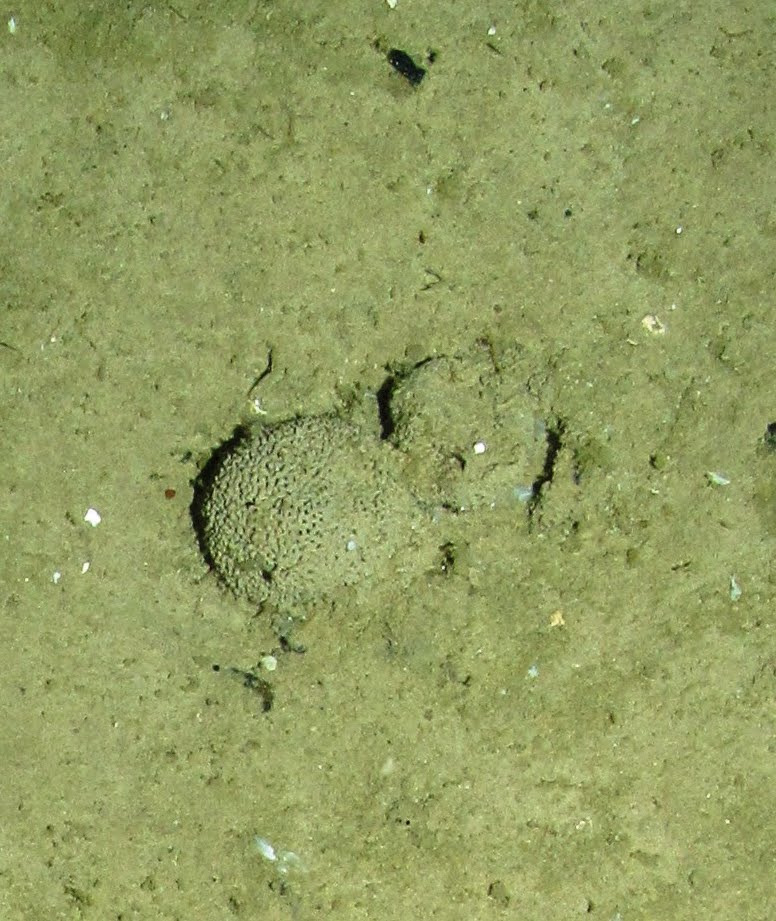 Left photo: A starfish with a vibrant orange anemone
Right photo: A Xenophyophore, the largest single-celled organism known to science 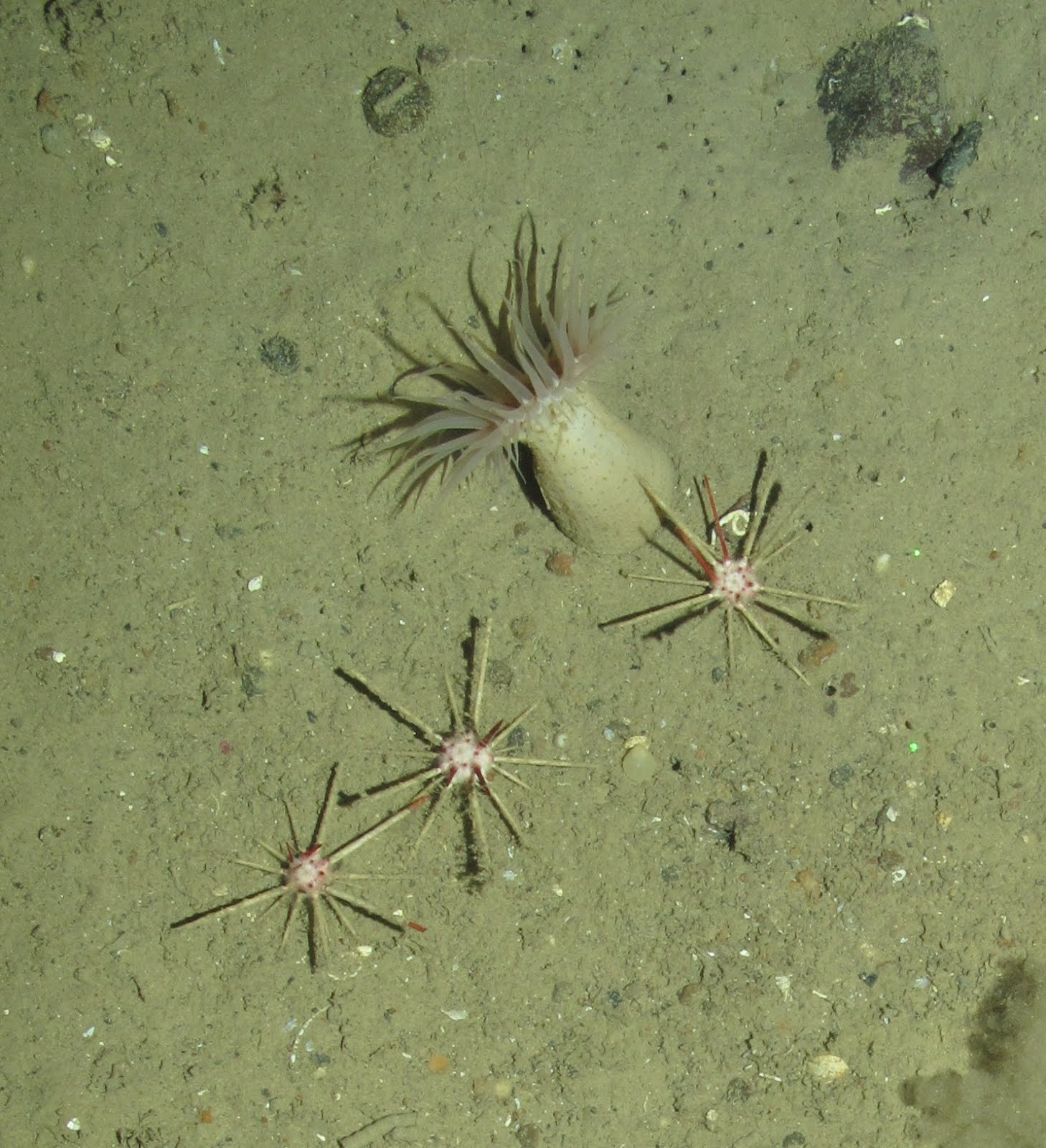 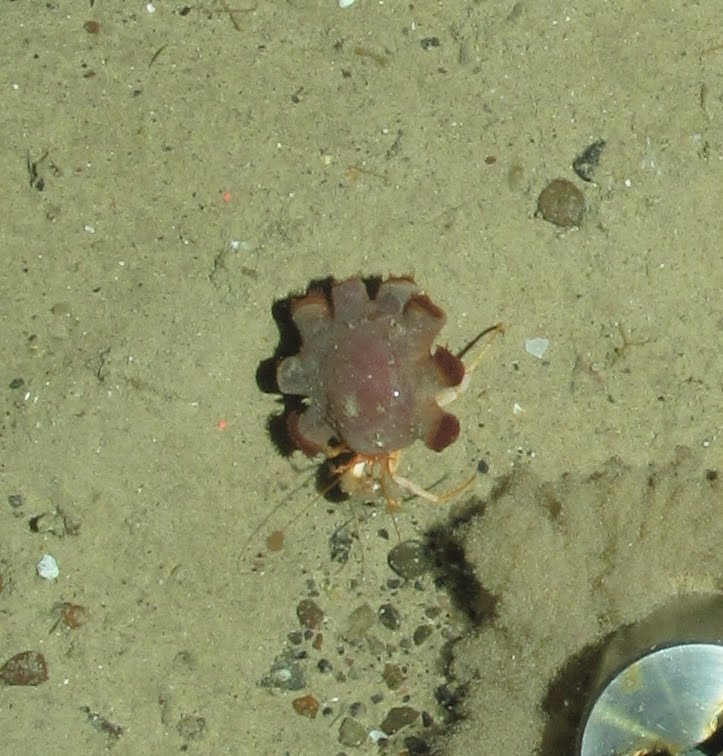 Left photo: Pencil urchins with a burrowing anemone
Right photo: An anemone hitches a ride on the back of a hermit crab 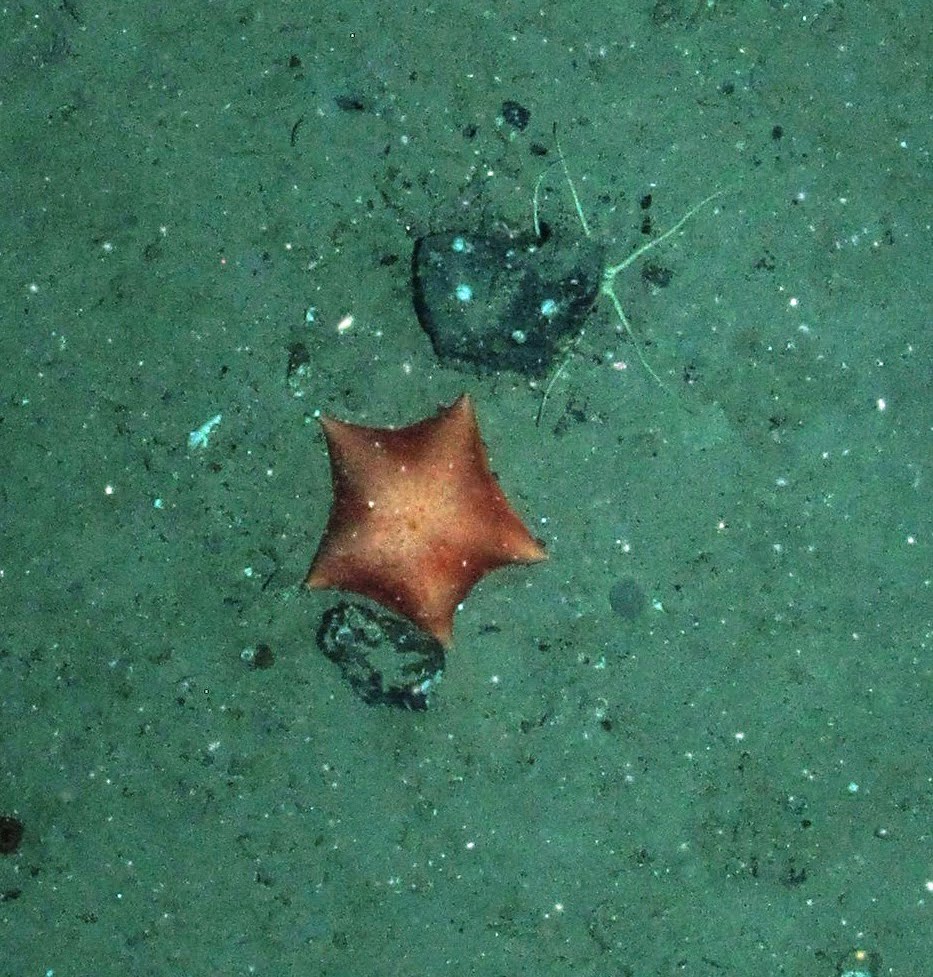 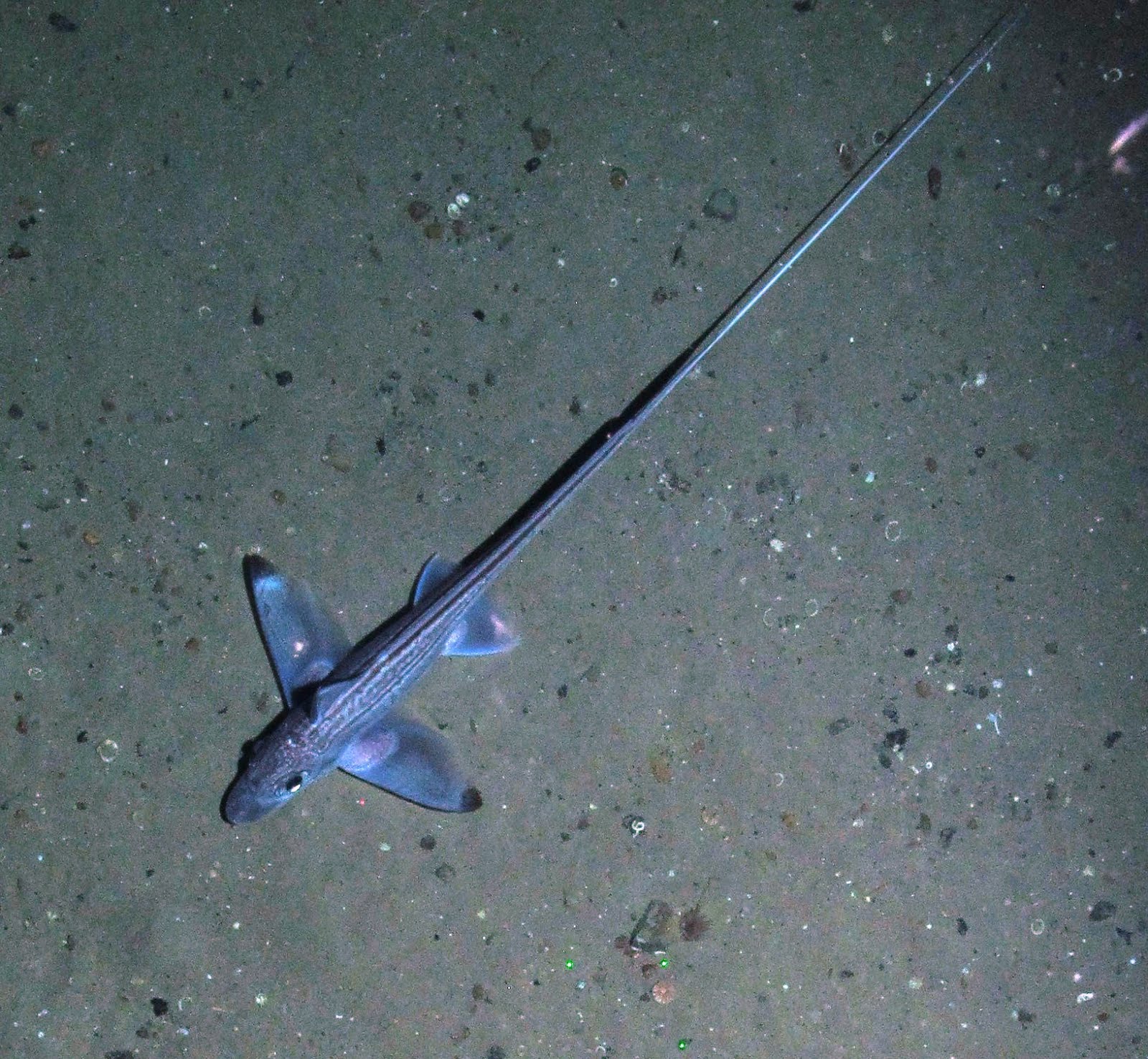 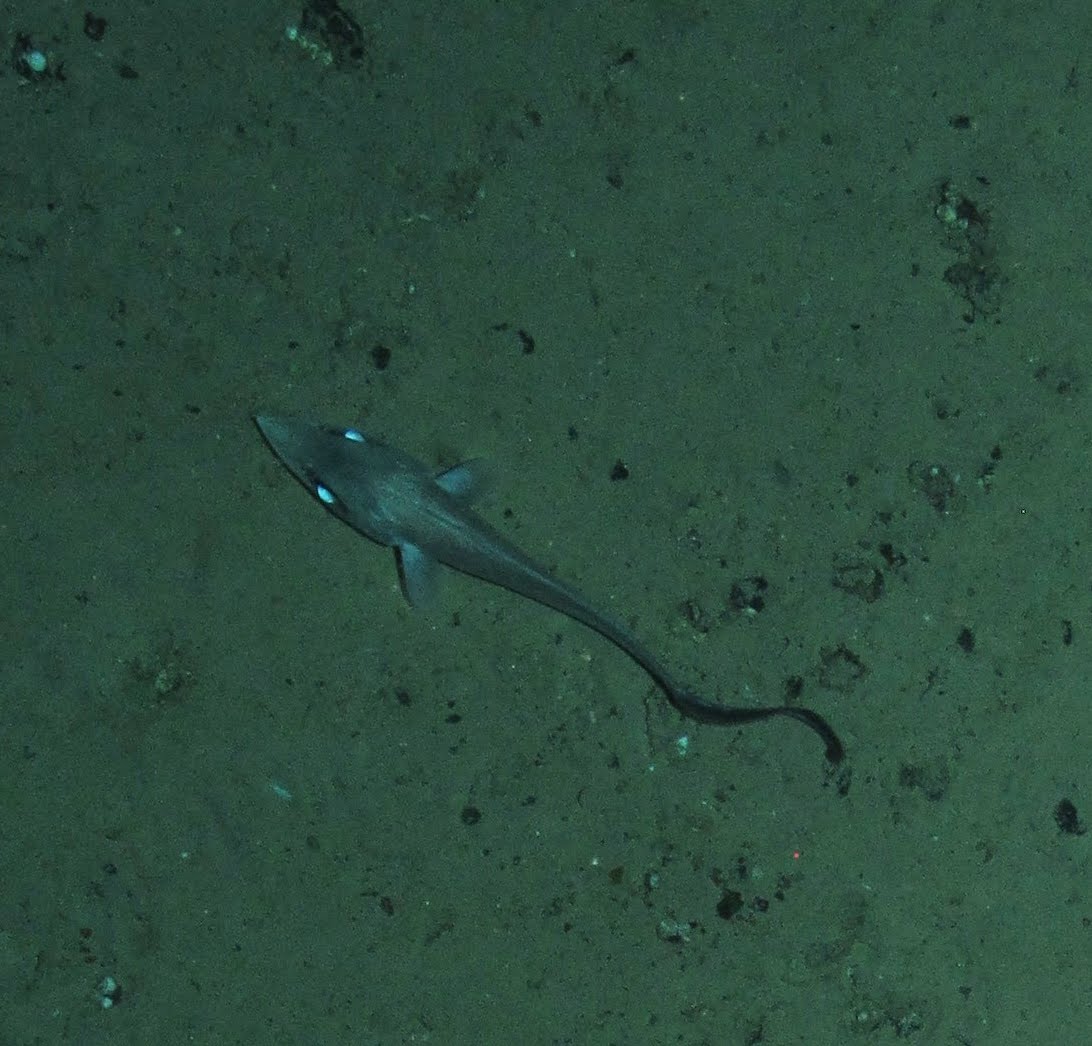 A menacing looking rat tail. Its eyes are glowing due to the lights on the camera system.

A breather between camera tows brought with it an exciting wildlife watching opportunity. Swimming before us was a pod of at least 20 pilot whales, including calves. We were even lucky enough to see some spy-hopping! 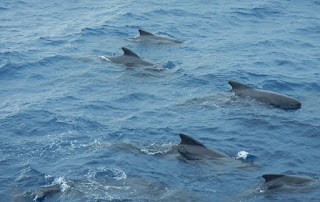 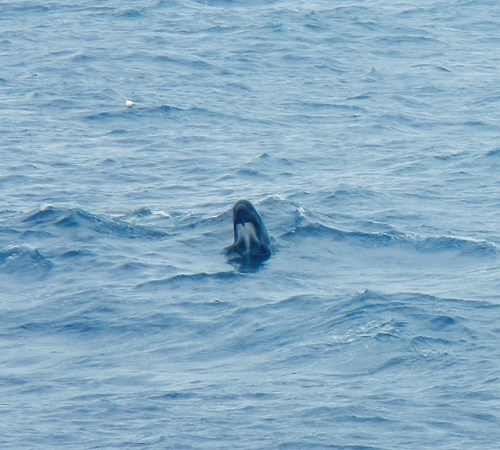 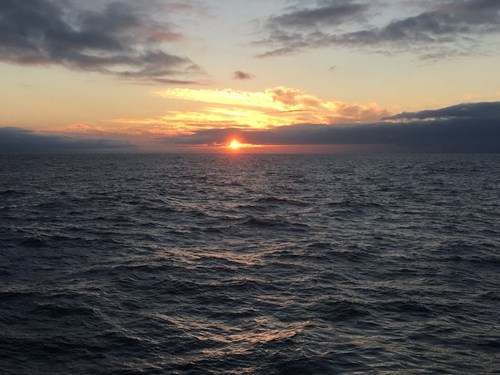 The sun sets on day one of deep-sea exploration

As the sun set on our first bout of deep-water exploration, we waited to see what further discoveries the night shift (with Betty the box corer) would uncover about this site.