Investigating the species of the deep... Blog #4

We have begun our depth stratified trawl transect that will take us from the warm NE Atlantic waters of the Rockall Basin, up and over the Wyville Thomson Ridge SAC and then down into the Arctic-influenced water of the Faroe-Bank Channel. We have begun the transect some 30 miles east of Rosemary Bank Seamount NCMPA and have so far undertaken a line of trawls at depths of approx.1800m, 1600m, and 1200m working north. We have encountered diverse assemblages of fish at each depth, two of which are shown below: 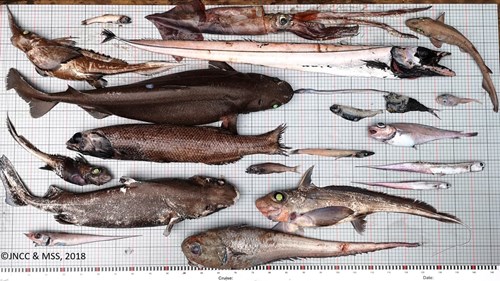 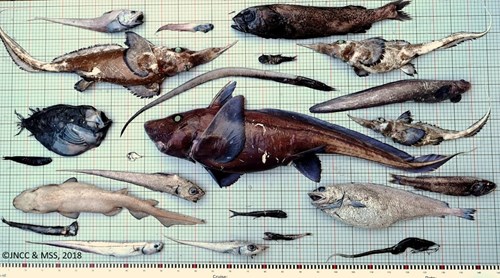 Survey Fun Fact:
There are two families of deep-sea, squaliform, sharks that are able to glow in the dark; Kitefin sharks (Dalatidae) and Lantern sharks (Etmopteridae). This phenomenon is also known as bioluminescence!

Glow in the dark sharks