Identifying and filling gaps in biodiversity evidence: the development of the National Plant Monitoring Scheme

Despite the challenges and hardships that we've all face during 2020, a significant milestone in habitat monitoring has been reached, with the publication of a new national habitat indicator based on data from the National Plant Monitoring Scheme (NPMS). This indicator shows how plant species indicative of good habitat condition are changing over time for four important semi-natural habitats in the UK.

The story started over 10 years ago, when JNCC had just undertaken a review of UK biodiversity monitoring... 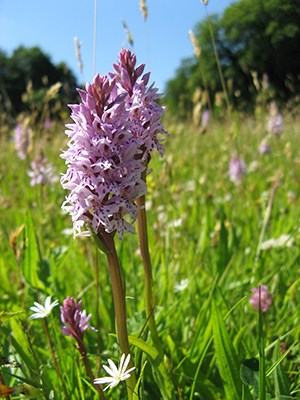 JNCC has a strong track record of analysing requirements and working out how best to meet them using biodiversity evidence. In 2008/9 JNCC developed a strategy for UK terrestrial biodiversity surveys. The purpose was to help us develop an overview of the biodiversity surveillance (also referred to as monitoring) taking place in the UK and hence to assess survey gaps. It was designed to help all who plan surveillance activities or use results from surveillance schemes to do so efficiently and effectively. In particular the strategy was designed to help the funders ensure that there is sufficient surveillance in place to meet three objectives:

This required JNCC to look at the current UK sampling in place to meet these requirements, identify any gaps or overlaps, and produce recommendations. One gap identified was 'Representative repeated sampling for most habitats (i.e. of the whole habitat resource and at country level)'. A recommendation was made to 'Consider the implications of providing a single set of habitat-specific (e.g. sand dune, salt marsh, neutral grassland) strategic (i.e. representative sample based) repeatable surveys to provide overall habitat status assessment'.

As the 2008/9 strategy was being developed, JNCC held a workshop on vegetation sampling, considering a range of issues around species surveillance, habitat sampling, and vegetation responses to environmental change. This workshop drew on expertise from across the country nature conservation bodies, as well as Plantlife, the UK Centre for Ecology & Hydrology (UKCEH) and the Botanical Society of Britain and Ireland (BSBI).

JNCC has long had strengths in partnership working, and is very familiar with on-the-ground sampling, having produced Common Standards Monitoring guidance, as well as working with partners to run volunteer-based structured surveillance schemes, for example the UK Butterfly Monitoring Scheme, and the Breeding Bird Survey. JNCC also has strengths in understanding new technologies and how they can be utilised for environmental benefit.

Over the subsequent years JNCC decided to fill the habitat evidence gap through a two-pronged approach – by exploring and developing a new on-the-ground structured surveillance scheme for plants and vegetation, and developing our capacity to utilise Earth observation data. The two approaches have different strengths and complement each other, for example, as field data is needed to help train satellite-based outputs. 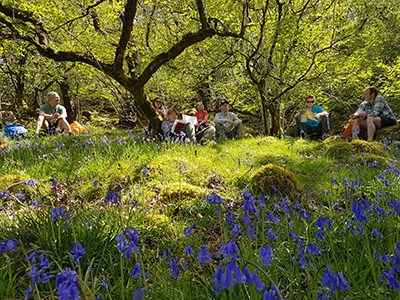 In 2009/10 JNCC worked with UKCEH, BSBI, Plantlife and BTO to design an 'ideal vegetation monitoring scheme'. The project group consisted of individuals with expertise in plants, statistics and surveillance scheme design. The project investigated a series of questions to come up with recommended 'ideal' design parameters where possible. The ‘ideal’ design was to fit within realistic practical constraints. It was to be simple, low cost, and achievable to volunteers or professionals in half a day's field work. Questions were addressed through desk research, statistical analysis of existing plant data resources, and an e-discussion and workshop including JNCC staff. The final report considered the merits of different options and came up with recommendations.

Following some additional field work led by Defra and UKCEH, JNCC worked with Plantlife, UKCEH and BSBI to finalise the methods through additional work on statistical methods and field trials.

Methods were tested in a series of field trials and consultations involving nearly 400 BSBI and Plantlife volunteers. This process informed some of the final decisions on the method, by identifying what worked best for volunteer surveyors. For example, it resulted in the decision to give volunteers the option to identify habitats at either broad or fine scale. The trials also influenced the selection of species that were included as target sample species in the surveys. To ensure wide participation, it was ensured that there was inclusion of species that are easy to identify, and species likely to be mis-identified were excluded, or occasionally aggregated to a species group. The scheme retains the option for keen botanist volunteers to carry out a complete survey of all species they find.

The final method and description of the scheme's establishment was published as a peer-reviewed paper. 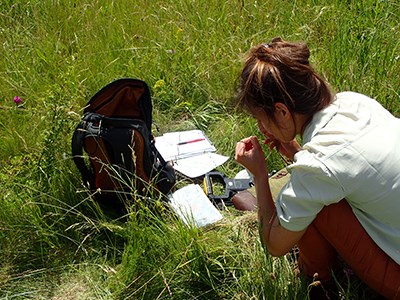 The ‘National Plant Monitoring Scheme’ was officially launched in spring 2015 by the Project consortium, consisting of Plantlife, UKCEH, BSBI and JNCC. A website was launched and set up with an on-line recording facility to promote efficient running of the scheme. Guidance was provided to volunteers, including a book on how to carry out the survey and identify target plants from different habitats. Training events were run, and a volunteer co-ordinator provided support and regular feedback to participants.

The launch proved successful; by the 2019 field season over 1,500 volunteers had signed up to the scheme, and approximately 15,000 surveys had taken place across the UK. As originally envisaged, the data are being used alongside Earth observation data to help build our understanding of habitats. In 2019/20 JNCC worked with its scheme partners to develop habitat indicators from the NPMS data, and this October we celebrated publishing this within the UK Biodiversity Indicator suite. The new indicator is based on abundance data of plant indicator species and is produced for four different habitat types – arable field margins, bog and wet heath, broadleaved woodland and hedges, and lowland grassland. It is presented as an experimental statistic, acknowledging that this year is the first time we have produced it, and it may be refined in future years. We would welcome views from readers on the value and quality of this new indicator. Does what we have produced look relevant and useful? And do you have any suggestions for what could or should be done? We are thrilled to be making the most of data collected by many hundreds of NPMS volunteer recorders and are keen to continue working on making the outputs as robust and useful as possible as we continue to collect more data

How the experience and expertise can be re-used 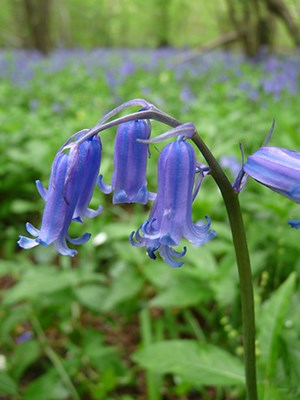 JNCC’s 2008/9 surveillance strategy has now been superseded by the 2020 Terrestrial Biodiversity Evidence Strategy, but the principle of constantly reviewing how well evidence requirements are met, and how we could meet them more effectively and efficiently remains an ongoing area of JNCC’s function and expertise.

Requirements are constantly adjusting, and our ability to meet requirements is also changing due to new technologies arising and societal and financial changes. JNCC maintains its expertise in exploring new technologies such as Earth observation, working in partnership to join up and make best use of relevant expertise, and maintains its focus on supporting volunteer-based surveillance as a valuable and cost-effective means of gathering important biodiversity data.

JNCC is always looking to optimise the sampling we support, and has recently set up a forum for the surveillance schemes we support to consider common issues and share best practice. The experience of setting up the NPMS has been invaluable in strengthening our skills in the area of designing and establishing new surveillance schemes.

The National Plant Monitoring Scheme (NPMS) is organized and funded by the UK Centre for Ecology and Hydrology, Botanical Society of Britain and Ireland, Plantlife, the Department of Agriculture Environment and Rural Affairs (NI), and the Joint Nature Conservation Committee. The NPMS is indebted to all volunteers who contribute data to the scheme.

Thank you to the following for providing images: Plant images © Anna Robinson; Volunteers being trained © Louise Marsh; Volunteer in the field courtesy of NPMS.