It’s that time of year again, another joint survey between JNCC and Cefas. This time the scientists are venturing into the Atlantic, heading south off the Cornish coastline on the RV Endeavour for 19 days to visit Greater Haig Fras Marine Conservation Zone (MCZ) and South West Deeps (West) MCZ. This survey aims to build on our monitoring efforts to understand more about these important sites and provide robust management advice. 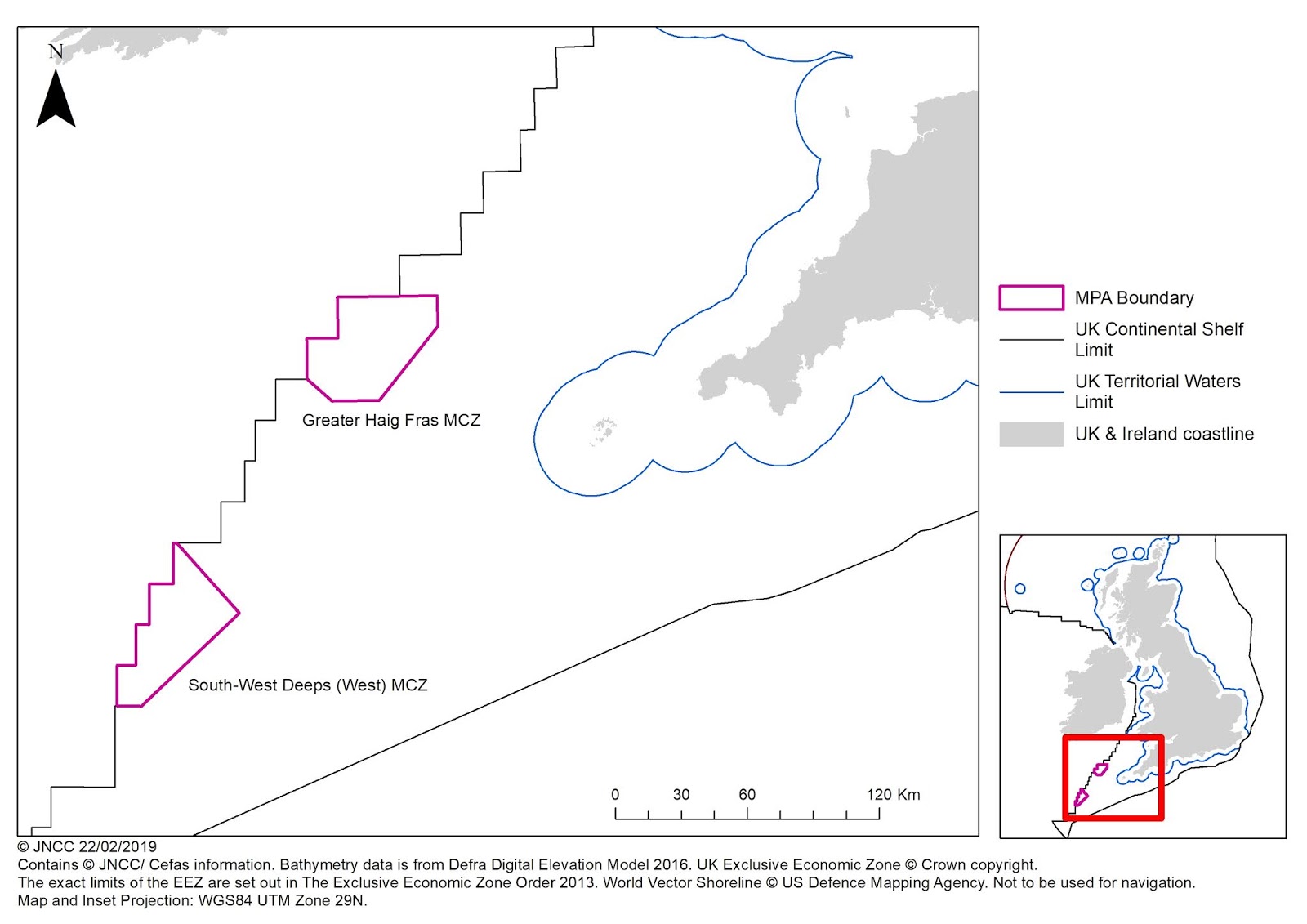 Location of the sites to be surveyed © JNCC

The scientists out on this survey will be collecting a large variety of information from within these protected areas to improve our understanding of the animals that live within these environments. This information will come in the form of photos, sediment samples, videos and maps of the seafloor. This work will all help scientists to understand what lies beneath the waves at these two sites.

Greater Haig Fras MCZ is 120km off of the Cornish coastline and the protected area covers over 2000km2 of seabed, similar to the West Sussex county. A later blog post will delve a little deeper into this site and why it’s protected. South West Deeps (West) MCZ is slightly smaller than Greater Haig Fras covering 1800 km2 of seabed and will also be delved into in a later blog post so keep your eyes peeled for the later blog!