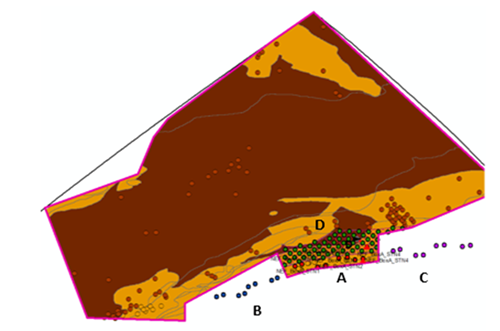 The survey is split in to two legs, ten days for the North-East Faroe-Shetland Channel NCMPA and a further ten days on location at Wyville Thompson Ridge SCI. Leaving Aberdeen at 5am on Friday 19th October meant that during the 36-hour transit we had time to prepare all of the equipment, familiarise ourselves with the data management processes and standard operating procedures, and get our body clocks into our various shift patterns allowing us work around the clock (Figure 2). 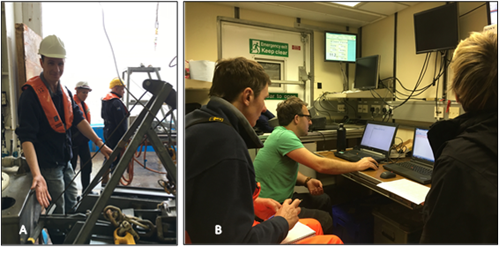 Figure 2. Familiarisation with (A) the equipment and (B) relevant processes and procedures.
We arrived at North-East Faroe-Shetland Channel NCMPA at midday on Saturday 21st October. The first shift lasted from midday until midnight using Hamon grabs to collect sediment samples from ~660m for particle size and infaunal analysis and working alongside colleagues from Marine Scotland Science who directed the chariot tow video equipment operations (Figure 3B). The video footage from the chariot tow showed coarse-gravelly sediment prevailing, a variety of sponges (potentially including massive, pedunculate, papillate, and flabellate sponges) and multiple sighting of chimera fish. With the first shift over, all chariot tows within ‘Box A’ were complete (Figure 3).

Figure 3. (A) Hamon grab being deployed and (B) Chariot tow set-up.

As the first night shift began the weather took a turn for the worst, with Storm Brian becoming ever closer. This meant that the nights sampling had to be postponed from midnight to 8am on the 22nd October. During this time, the JNCC night shift collated all the metadata from the previous shifts work, backed everything up on multiple hard drives, and ensured all positional information relating to the day’s sampling efforts were stored and correct.

Figure 4. (A) Hamon grab being deployed at night and (B) sea swell preventing further chariot tows and grabs today.

As the first night shift ended, the weather had calmed down considerably, enabling us to begin chariot tow work in ‘Box B’.

All images property of Bekah Cioffi.