Hello once more from the Scotia, where the first leg of our JNCC and Marine Scotland Science Marine Protected Area monitoring survey has drawn to a close. We have begun making our way from North-east Faroe Shetland Channel NCMPA to Lerwick, Shetland for a day in port to facilitate a staff change before we make for our second survey site (Wyville Thomson Ridge SCI), which is situated to the north-west of Scotland. 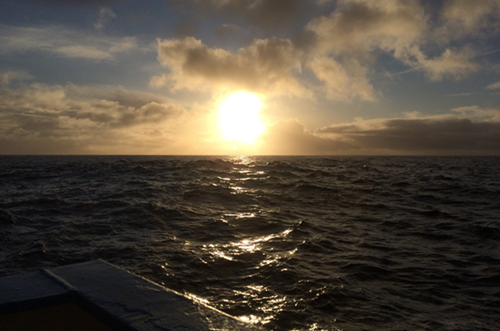 We have collected a lot of very useful information about this site in what has been a great week and a half out here on the north-eastern edge of the UK’s waters.

We have collected data from four survey areas (Boxes A, B, C, and D). The black crosses in the image below show the 37 locations where we completed drop-frame camera stations in Boxes A, B and C. We also completed 15 camera chariot transects in these boxes and collected 8 seabed samples from Box D.

Thanks to the persistent hard work of the crew and JNCC and Marine Scotland Science scientists aboard, and some good luck with weather, we have achieved our objectives and now have a comprehensive dataset describing the deep-sea sponges and other animals we have observed (some of which have been mentioned and shown in previous blogs), and the seabed habitats which support them. This dataset can now be used to help monitor change within this MPA into the future.

We will continue to blog throughout the second leg of this survey, so please do stay tuned for new updates and images from the good people on the good ship Scotia! 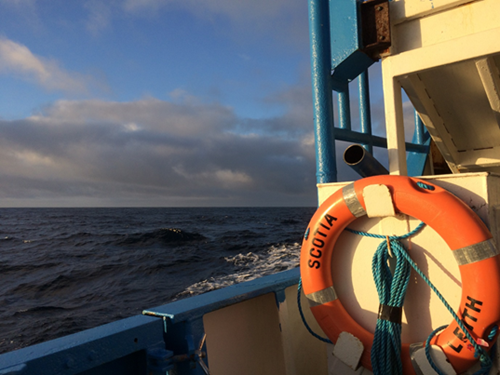