As part of our remit to monitor the UK’s offshore Marine Protected Areas (MPAs) (find out more about our offshore survey work), we have just embarked on our latest survey aboard the Cefas Endeavour. A team of JNCC and Cefas scientists will be carrying out a variety of sampling in the North Sea to allow us to identify changes that may be happening over time in our survey areas.

The focus for this survey is on mud habitats, where slender sea pens and burrowing anemones can often be spotted protruding from the surface of the mud. Because these species are delicate and generally (though not always...) unable to move themselves, they can be vulnerable to the effects of activities such as trawling. 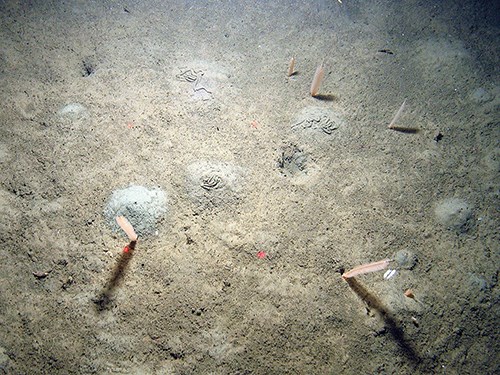 Another species found in these habitats is the Ocean Quahog, a large, slow-growing bivalve mollusc that can live for over 500 years. Ocean Quahog, or Arctica islandica, are designated as an MPA species feature of conservation importance (FOCI) due to their longevity and slow reproduction rate. 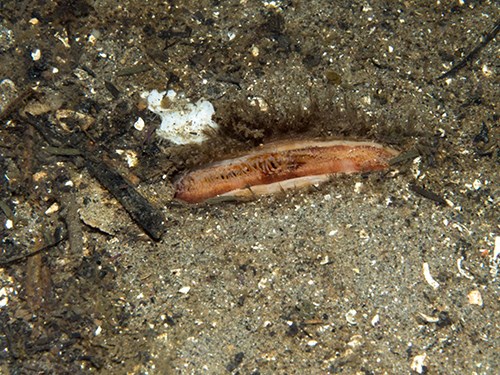 To identify the habitats at the seabed and the animals that live on these we will be using a camera sledge that is towed along the seabed at a speed of around 15 cm per second. The camera on the sledge is controlled by the scientists on the boat who will be capturing high-resolution photographs of the seabed to allow us to see as much detail as possible, as well as recording high-definition video which will ensure nothing is missed as we skim along the bottom. A live-feed of the video viewable onboard is used to help us 'drive' the sledge and decide when to capture photographs. 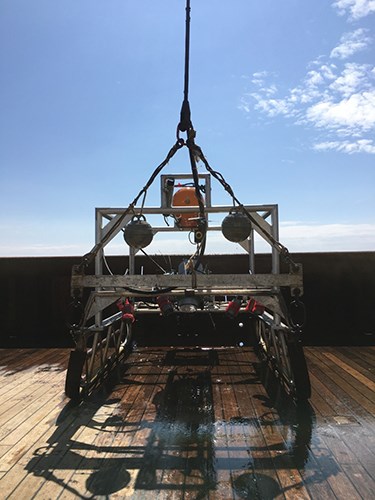 We will be using a sampler known as a 'Day grab' to sample species living within the mud. The Day grab captures a 'bite' of the seabed of approximately 5–8 litres which we bring onboard to sieve, so that the organisms within the mud can be collected for identification back on land.

By combining these two techniques we can get a picture of the biodiversity present, both at the seabed and within the sediment itself, which can be compared to future points in a monitoring time series to determine if any changes are taking place over time.

We are currently busying ourselves servicing Cefas’s SmartBuoy network and dodging December weather. Provided said weather is kind to us over the next few days we hope to start our MPA sampling next week, so stay tuned for some pictures and updates of what we find!