Greetings from Pitcairn Island (a UK Overseas Territory), where myself and my Cefas colleague Paul will be undertaking a seabed and coral reef survey for the next week or so on a local boat.

The primary aim of the survey is to use an underwater camera system and sonar to gather a dataset which can be used to characterise and monitor Pitcairn’s coral reefs. Data collected will also be used to create a shallow-water substrate map for Pitcairn to feed into zoning discussions and the Marine Management Plan. 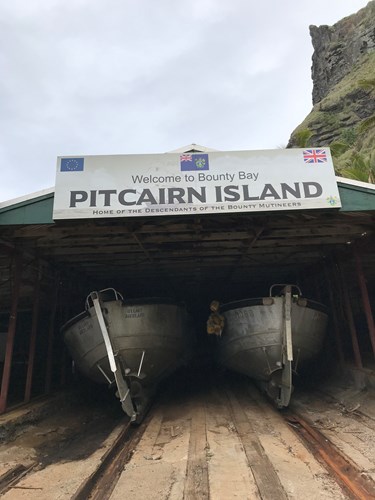 The Pitcairn Islands are an archipelago of four small volcanic and coral islands in the remote South Pacific (Pitcairn, Oeno, Henderson, and Ducie Islands). The four islands total a land area of ~47 km2 along the Foundation Seamounts chain running WNW–ESE through the central south Pacific. The Exclusive Economic Zone (EEZ) covers an area of ~834,000 km2, largely comprised of abyssal depth waters (>3,000 m), except for the narrow chain of Foundation Seamounts, most of which do not reach the surface.

Only the second largest island, Pitcairn, is inhabited, with approximately 45–50 permanent residents, some of whom Paul and I are staying with while here. 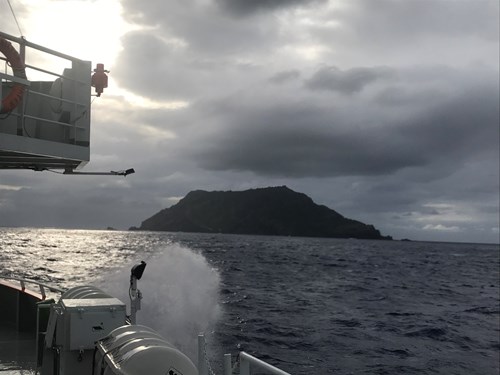 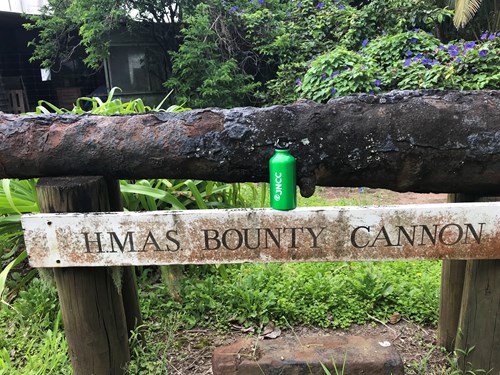 As Pitcairn is quite far from mainland UK, it has taken four flights, four boat journeys and lots of discussions with customs officials to get us and the survey equipment here so we were very happy to sight Pitcairn Island from the Silver Supporter yesterday morning! 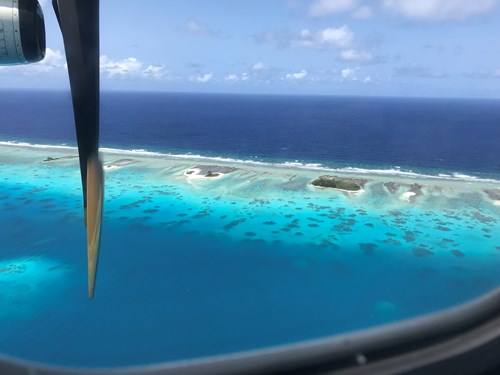 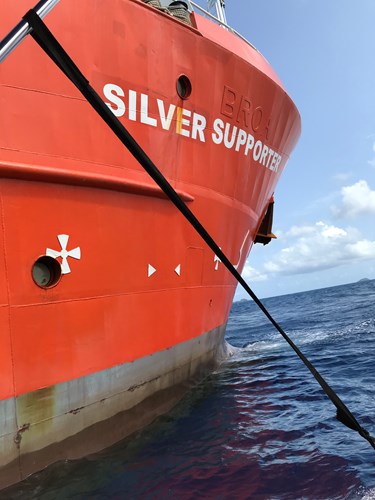 The Silver Supporter is the form of transport we’ve spent most time on; we joined her shortly after touching down in Mangareva on the Gambier Islands in French Polynesia on Tuesday and left her by longboat to land on Pitcairn yesterday after a two-day voyage across the Southern Pacific. This worked out well as it afforded us the chance to meet and get to know some Pitcairners, and to recover from our jet lag! 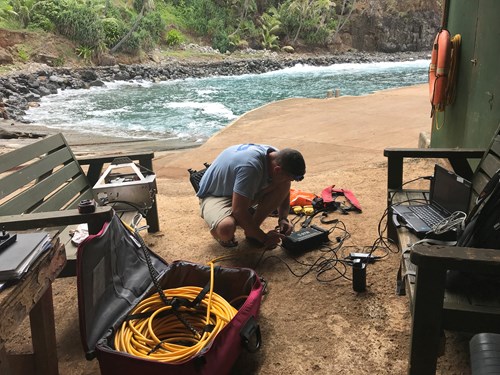 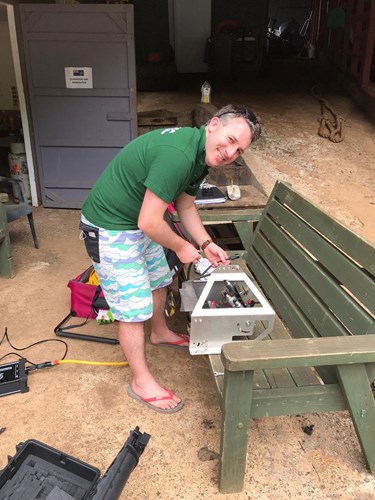 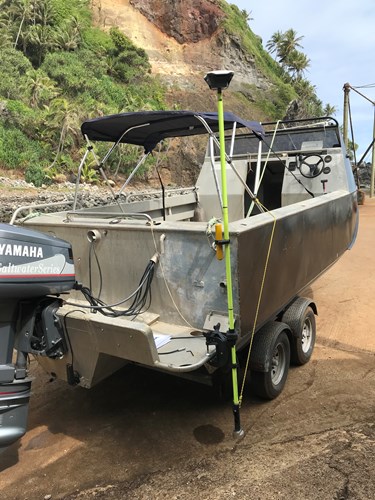 Now that we’re here we have busied ourselves getting the equipment set-up and tested, and are looking forward getting out and making a start on the survey work!

Check back here later in the week and follow @JNCC_UK, @CefasGovUK and @ukgovbluebelt on Twitter for more on how that goes!