JNCC and MSS (Marine Scotland Science) have finished the survey here at Pobie Bank Reef Special Area of Conservation and are heading back to Aberdeen. A large proportion of the site has now been covered by drop camera and acoustic systems deployed from the MRV Scotia.

The different habitats we see today result from geological processes forming the reef site over millions of years. Pobie Bank Reef sits on a bank of metamorphic and sedimentary rock which is covered by patches of thin sediment. The bank overlays a flat plain of sedimentary rock known as the East of Shetland Platform. In between the Shetland Isles and Pobie Bank is the Unst basin, a channel of deeper water which, during glaciation periods, would have been one of three major discharge channels for the ice sheets covering Shetland.

The sidescan sonar we have been using to map Pobie Bank Reef is especially useful for identifying areas of stony reef as hard rocks produce a strong signal against a background of sandy seabed. 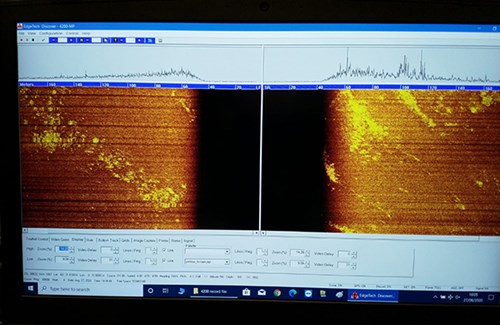 However, to be sure what we are seeing on the sidescan image is reef, we use the drop camera to collect video of the seabed. We call this ground truthing. So far, we have seen varied habitat types including the protected Annex I Bedrock Reef and Stony Reef areas as well as muddy sands and sandy gravels, as seen in the images below. 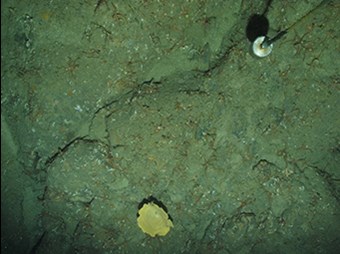 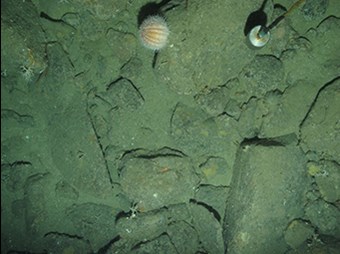 We have been surveying in 80–110 m water depth. For working at these depths, you need to use specialist equipment.  The sidescan is a torpedo-shaped device which we tow behind MRV Scotia, approximately 10 m above the seabed. 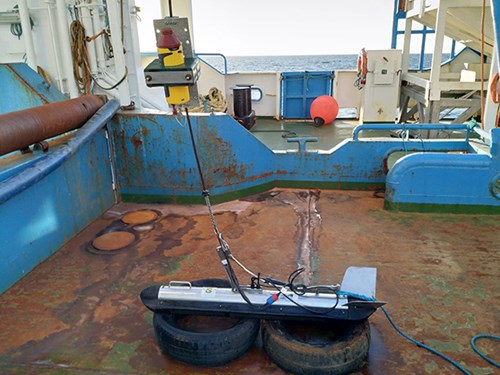 Sidescan sonar used during the survey. This piece of equipment is also referred to as a "Towfish".

The cameras we use to collect videos and still images of the seabed are mounted on frame along with a host of other equipment. 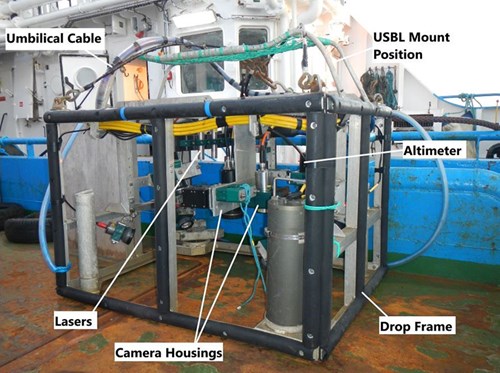 The Marine Scotland Science drop camera system, with labels on the components which make up the camera system. 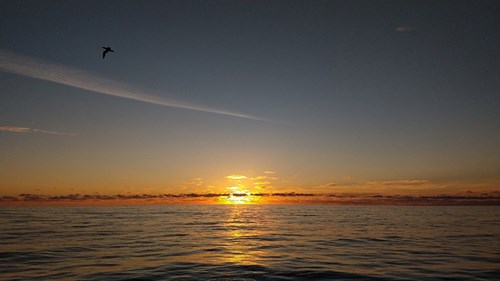 A sunrise on a calm weather day during the survey of Pobie Bank Reef, with a gannet flying overhead.

The survey has been an exciting sixteen days and now, as we head back to shore, we look forward to organising and analysing the data we’ve collected. This will help us uncover more about the habitats and species of the site, allowing us to monitor and protect the site in the future.

Follow the hashtag #1220S on the JNCC social media pages to find out more about the survey and our work!