The survey will be aboard Marine Scotland Science’s Marine Research Vessel Scotia and during the planned 16 days at sea our team, which includes scientists from MSS, JNCC and the National Museum of Scotland, will be collecting samples to monitor the condition of the Marine Protected Area. 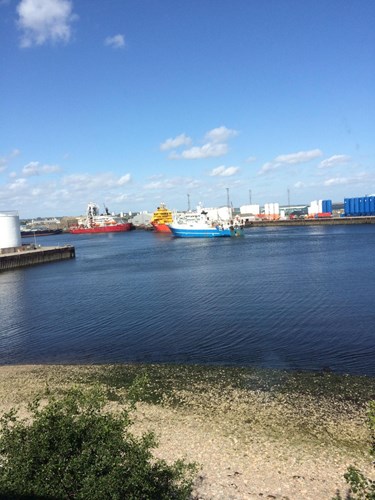 MRV Scotia arriving into Aberdeen Harbour, nearly ready for our next survey.

West Shetland Shelf is located off the north coast of Scotland and covers an area of over 4,000 km2. This makes it a similar size to the Cairngorms National Park (4,528 km2). 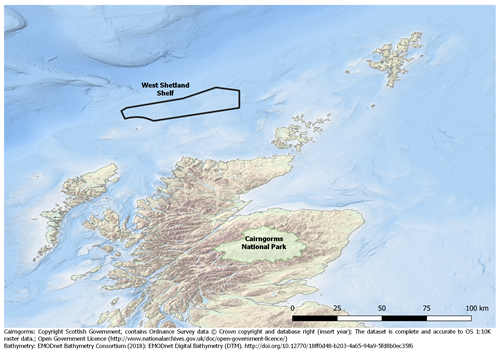 Location of West Shetland Shelf in relation to the Scottish mainland and Cairngorms National Park.

The last time West Shetland Shelf was surveyed by JNCC and MSS was in 2017. On this survey we found a species of worm which had never before been described. This weird and wonderful creature was named Ampharete oculicirrata and is notable for having eyes on its back-side. 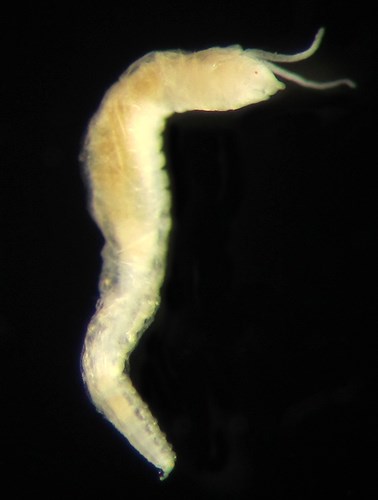 Ampharete oculicirrata (image courtesy of National Museum of Scotland). How many eyes can you count in this picture?

What is waiting to be discovered this time? Stay tuned to our blog and follow @JNCC_UK on Twitter to find out!