Sieving in the Moonlight

As my first survey with JNCC, and working alongside Cefas I was incredibly excited when James and I boarded their research vessel, the Cefas Endeavour. At the time of writing, I am one week into the 12-day survey, and we have made great progress. 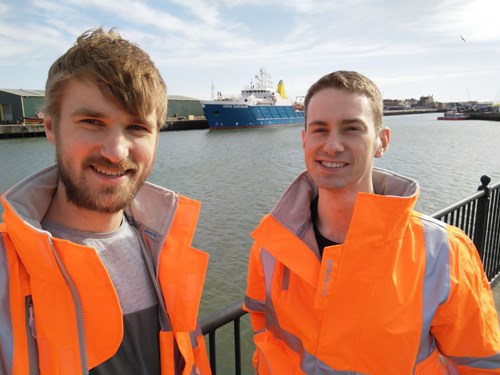 Couldn't get a closer selfie as the Cefas Endeavour wouldn't fit in!

The team has completed the survey of North East of Farnes Deep MCZ, and collected a full dataset that will help us assess how the features of the site change over time. Being on the night shift team, it was quite daunting to get used to a working pattern of 00:00-12:00, and really weird to say “Good Morning!” to the team at 23:30, and “Sleep well!” at 13:00! But after a couple of days (and mountains of coffee) we’ve got into the swing of things. 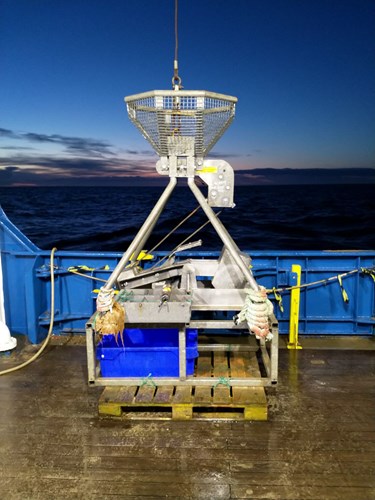 The survey at North East of Farnes Deep MCZ was focused on gathering evidence of the broadscale habitats of the area and the infaunal communities by using sediment grabs with a Hamon Grab.

Although it sounds strange, I have found sieving mud, gravel and sand is a fantastic method to see the complexity and variety of life on the seabed here, and we were lucky enough to land several of the species of conservation interest, Arctica islandica, or ocean quahog,  for which the site is designated to conserve. 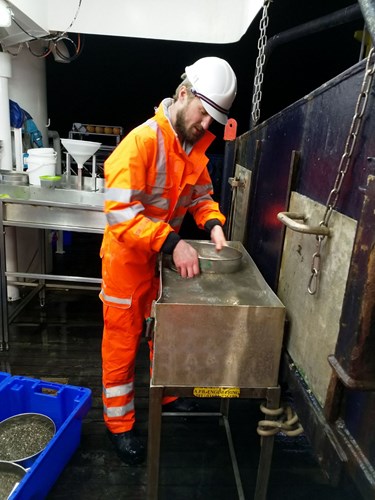 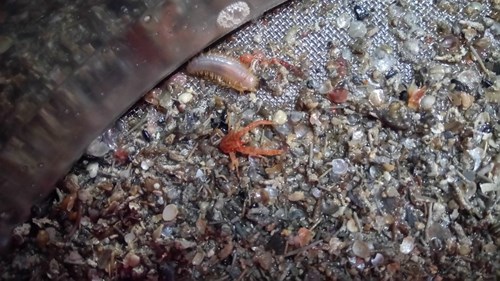 Plenty of variety in the sieved sediment samples!

After effectively sampling North East of Farnes Deep MCZ, Cefas Endeavour steamed south west to Farnes East MCZ, which we have been sampling for a few days now. The survey at Farnes East MCZ is designed to build up a robust dataset and evidence on order to inform management and further monitoring efforts of the site, and includes camera sled operations as well as Hamon grabbing. 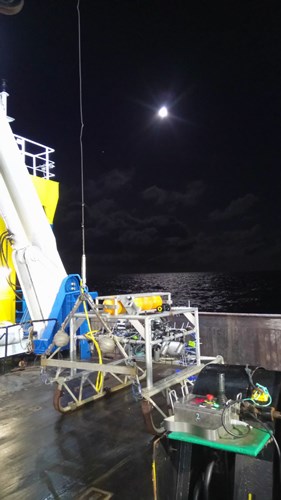 Camera sledge in the moonlight

The camera sled has given a fantastic view of the seabed, and we have seen plenty of evidence of the burrowing megafauna that the site is designated for, as well as many hagfish, crabs, sea stars, tube worms, anemones and bryozoans. Although unfortunately today camera operations have been suspended. Gathering information has not ceased though, and grabbing of the site to develop sentinel stations, in order to allow of change over long-term scales to be assessed effectively, has gone underway! In certain areas (and today especially) sediment grabbing can be hit and miss, and it often feels as if we are fishing for cobblestones, rather than infaunal species! However, we’ve been lucky in grabbing fish, octopus and hagfish, which got everyone excited! 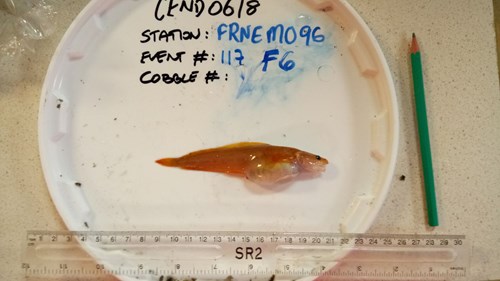 The fish we found in one of our grab samples

Tomorrow (or 00:00 tonight, actually) we continue to survey Farnes East MCZ, taking grabs at the sentinel stations which represent each of the broadscale habitats within the site and hopefully continue with camera sledding deployments! But right now, I’m going to get some rest!