Since we last wrote, the team has been hard at work continuing to collect multibeam data at Offshore Overfalls MCZ. 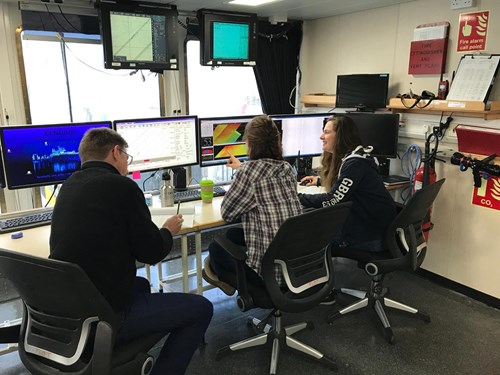 In addition to the protected seabed habitats at Offshore Overfalls MCZ, the site is also designated to protect the unique underwater landscape believed to have been created over 200,000 years ago. This was around the same time that the first humans (Homo sapiens) were thought to be alive in Africa.

A deep paleochannel (“paleo” – meaning ancient) runs through Offshore Overfalls MCZ. This channel has the shape of a river bed, which means that when the first humans were alive the English Channel would have been land, allowing people to walk from France to England.

This was all set to change at the end of the last ice age, when the melting glacier produced enough water to flood this river and the surrounding low-lying land to form the English Channel that we know today. This means the paleochannel at Offshore Overfalls MCZ is rather special as it is very similar to features you might see on land, such as those created by the large volumes of water that are produced as glaciers melt in the summer. 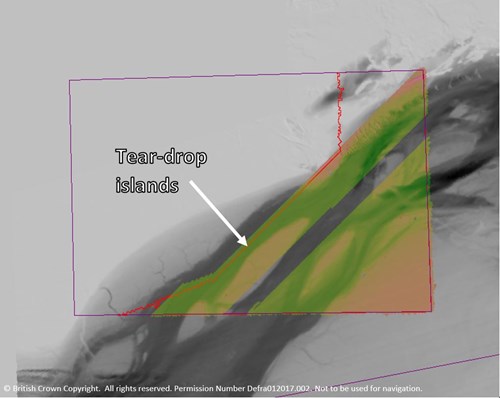 Satellite image from Google maps showing channels created by the meltwaters of an Icelandic Glacier. Notice the similar features seen at Offshore Overfalls MCZ such as the tear-drop shaped islands. © JNCC/Cefas

Another idea about how the paleochannel was formed is that a large lake existed in the area now known as the North Sea. This lake was made up of the water from melting glaciers and burst its bank to the south, in what has been referred to as a “catastrophic flood event”. Could this flood have created the paleochannel?

The higher resolution multibeam data has enabled us to see other seabed features. These include large “underwater dunes”, which have been created by strong currents that force the sediment to form these interesting features. The largest found so far measuring over a kilometre in length. It’s not clear whether these particular underwater dunes would have been created by a catastrophic flood event or by more recent tidal currents. 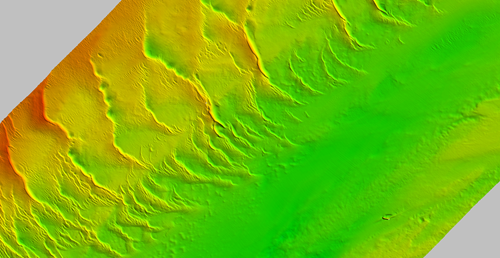 Multibeam alone won’t reveal all the secrets of these features, but later in the survey we will be collecting sediment using a grab sampler based on what we have found with the multibeam.