Working at sea for extended periods of time has its challenges but is also incredibly rewarding. The long shifts may tire out our bodies, but our minds are truly engaged and overwhelmed with the wonders of nature that are revealed before our eyes. It is fascinating that with relatively simple technology, such as video cameras perhaps no more sophisticated than on a mobile phone, we are able to explore and catch a glimpse of what life looks like in the ‘hidden’ world of this remote MPA’s seabed.

We expected to see marine animals that typically occur at a particular depth or on a certain substrate at the West Shetland Shelf MPA. However, alongside the sponges, brittlestars, anemones, worms, bivalves and cup corals, we also saw octopuses, skates, cuttlefish, and starfish. Every well-seasoned survey scientist will testify that capturing clear pictures of mobile animals can be tricky and they’re easy to miss.

We were lucky to capture three unique pictures of animals, each telling a story. Image 1 is our favourite. It shows the superpower of all starfish: tissue regeneration. This pink starfish (Pisaster brevispinus) has three arms which are much shorter than the other two – the short arms are regrowing! Like some terrestrial lizards, starfish will sometimes shed an arm or two to escape a predator and then regrow the missing limbs. This superpower works only if some of the central disk is not damaged. The regeneration of the arms may take months, even years, to reach full size. Can you see the white tips on each arm? These are simple eyes called eyespots. Eyespots don’t have a retina like in vertebrate eyes and are composed of single lens-like cells that respond to light. Starfish also have an important ecological role in their respective communities due to their diverse diet and ability to adapt to different environments. 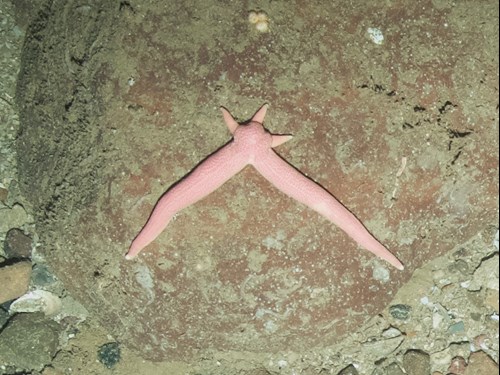 The second animal that we captured (see Image 2) looks to be a large flapper skate (Dipturus intermedius). It is sometimes difficult to tell the difference between a skate and a ray, especially when the head is not visible. There are other signs that can help in identifying the animal. Skates’ bodies have a round or triangular shape, while rays are often kite-shaped. Skates also have thicker fleshier tails with small fins and no spine, while rays have long, thin whip-like tails with stinging barbs. While skates don’t have stinging barbs for protection, they have patches of thorn-like formations on their backs at the end of each wing which are more prominent in mature male animals. Can you spot them on the picture? 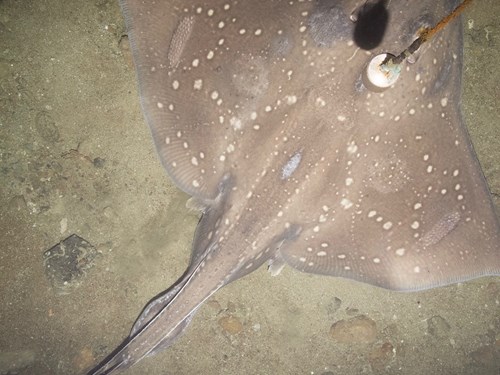 Flapper skates are the largest skate species found in the UK waters and are categorised as Critically Endangered by the International Union for Conservation of Nature (IUCN). In the UK, the flapper skate occurs mainly on the north-west coast of Scotland and northern North Sea. Flapper skates grow slowly and take more than 10 years to reach sexual maturity. They produce low numbers of eggs which means that population recovery from any impacts will be slow.

And finally, the mighty octopus (Image 3). This little fellow is likely to be Octopus vulgaris, widely known as common octopus. Octopuses are incredibly intelligent creatures and are considered the most intelligent invertebrate in the animal kingdom. Octopuses are skilful predators that have been observed to use tools or solve relatively complex tasks. They also have highly specialised cells called chromatophores that allow them to rapidly change colour and skin texture patterns, primarily for camouflage and communication. In the image, we can see that this octopus perfectly blends with the shelly sand in the background by mimicking its colour and texture. 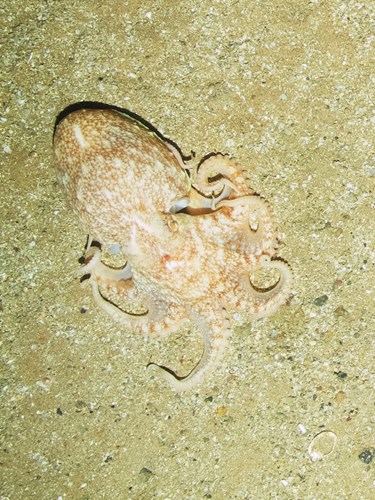 Apart from interesting marine life, we were also lucky to observe a rare atmospheric event – noctilucent clouds (Image 4). Noctilucent clouds, also known as night shining clouds, are cloud-like phenomena in the upper atmosphere of the Earth. They are only visible at twilight when the Sun is below the horizon while these very high clouds are still in sunlight. These incredible clouds are most often observed during the summer months from latitudes between 50 and 70 degrees and typically have a white colour. Noctilucent clouds are composed of tiny water ice crystals and exist in the mesosphere, which is the third and coldest layer of the atmosphere (50–100 km altitude). 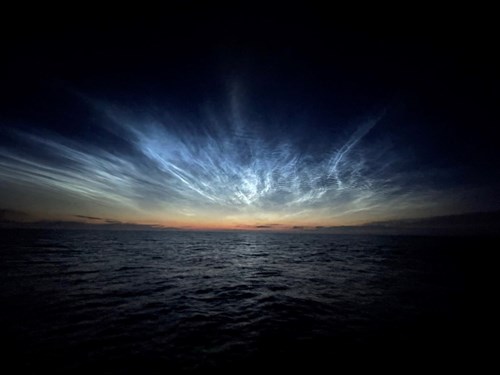 Image 4 Noctilucent clouds above the horizon after sunset (© Hugh McNaught).