Too many fish in the sea?

I think it is fair to say that no, there are not too many fish in the sea. However, when you are trying to survey the seabed, you really can have too many fish! In order to groundtruth our acoustic work, we have been taking video transects throughout the three sites of Pisces Reef Complex cSAC. This means that we can check exactly what the data from the acoustic methods are showing, and monitor the species and habitats that are present. The day shift duly carried out pre-defined line transects, recording video footage of what was on the seabed. One particular line, however, proved a little more tricky than the rest. 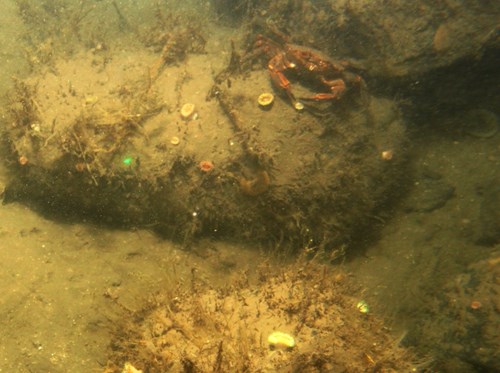 Holy Mackerel! A school of fish had taken up residence and were attracted by the lights and lasers from the drop camera frame, which are used to light up the pitch black seabed and provide a measure of scale.  The fish were dancing around in front of the cameras, kicking up the top layer of sediment and making our lives rather difficult. Getting a good view of the seabed, the point of the exercise, was close to impossible. Eventually we had to give up and move on to the next line, leaving the night shift to return later on to see if the fish had dispersed. Luckily, the return attempt was successful, although still with the presence of some rather over excited mackerel dancing around under the lights.  The mackerel appeared bright blue on the video, but you could clearly see the tiger-like stripes in the still images. Hopefully these young mackerel will grow on to become productive adults and help maintain stocks of one of the nation’s favourite fish. 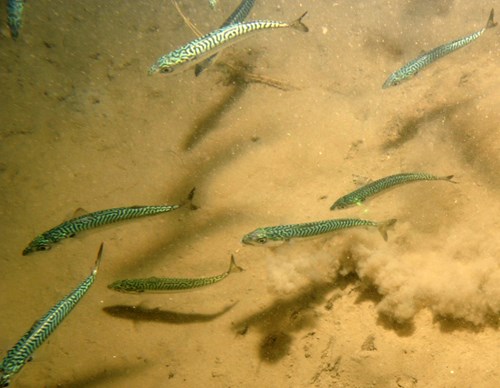