What else is lurking in the depths of the Faroe-Shetland Sponge Belt MPA? 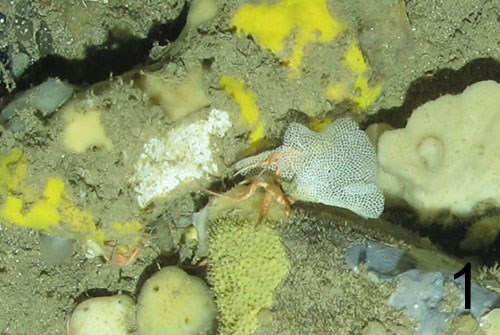 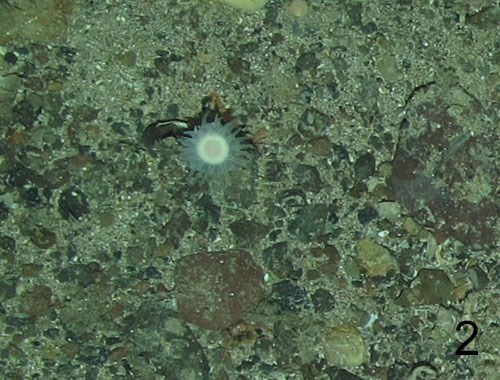 You may have already seen and read about some of the amazing sponges that live in the Faroe-Shetland Sponge Belt MPA from our previous blog. I’ll use this blog to introduce you to some of the other unusual individuals we have found sharing this diverse seafloor with the sponges. 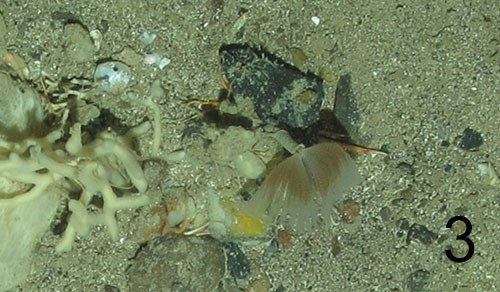 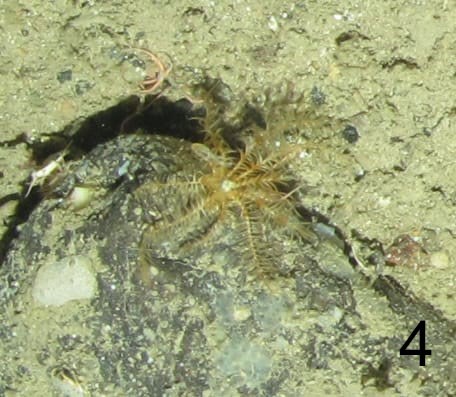 For example, we have seen many different types of filter feeder including bryozoans (photo 1), anemones (photo 2), tube worms (photo 3), feather stars (photo 4) and basket stars (photo 5) which all get their food by sieving tiny planktonic animals that drift past in the deep ocean currents and food particles that rain down from the surface waters as marine snow. Bryozoans, like the lace-like bryozoan, are colonial organisms. The colony is made up of many genetically identical animals arranged to form a complex structure. Basket stars  are relatives of starfish they have five arms, but these repeatedly branch and some fully grown specimens can have as many as 5,000 arm tips! We have also seen cold water soft corals like the ‘cauliflower coral’ (photo 6) which can act as habitat for juvenile basket stars. 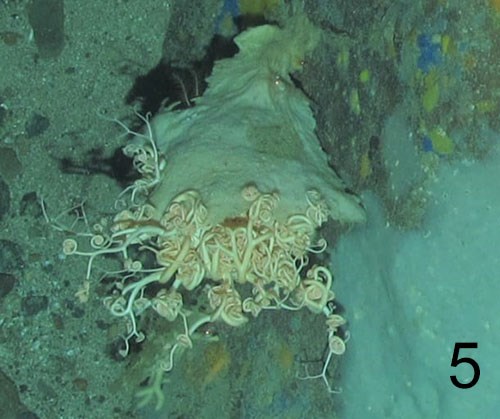 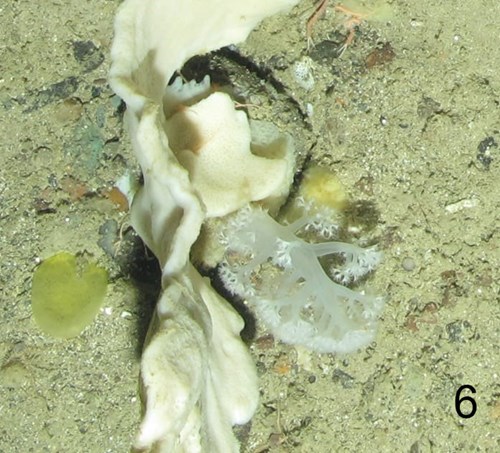 Many fish species make their home in the deep waters of the Faroe-Shetland Sponge Belt MPA. We have encountered both cartilaginous and bony fish here. The cartilaginous fish sharks, skates (photo 7), rays and chimaerae (photo 8) regulate their buoyancy by using their fins and large oily liver, whereas bony fish like ling (photo 9) and rockfish (photo 10) use a swim bladder. 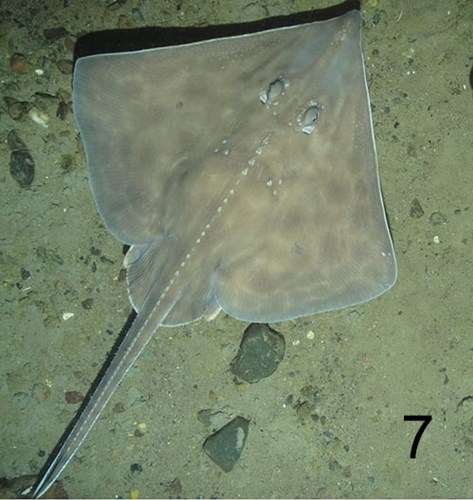 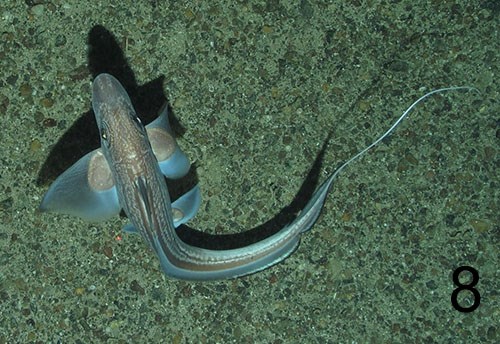 The Chimaera is a veracious predator that feeds on brittlestars, crustaceans and small fish. Though you cannot easily see from the image, they have a stout spine towards the back of their head which is connected to a gland that produces a venom. 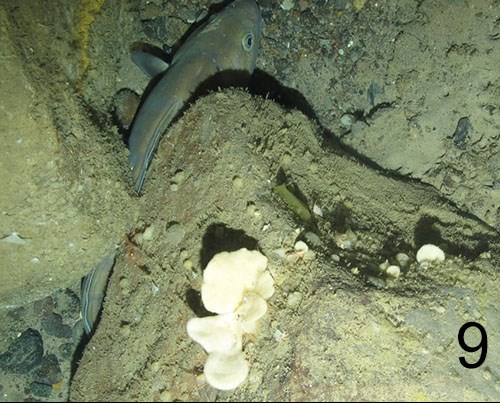 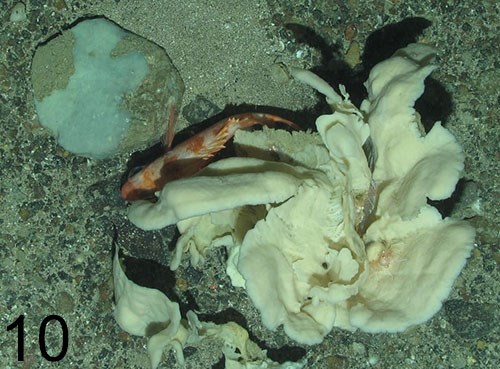 Other predators of the deep we have met include the octopus (photos 11 & 12), who we estimate to be almost 5 cm in length. 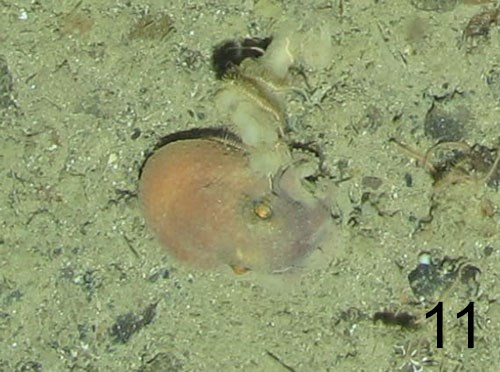 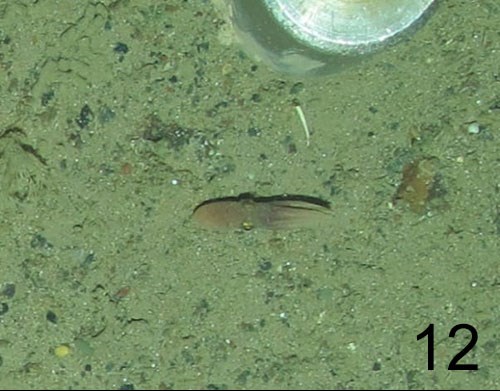 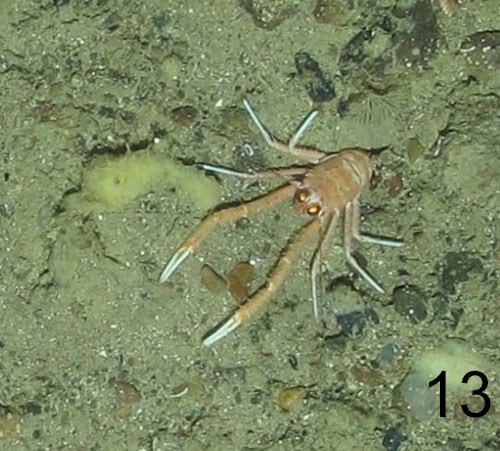 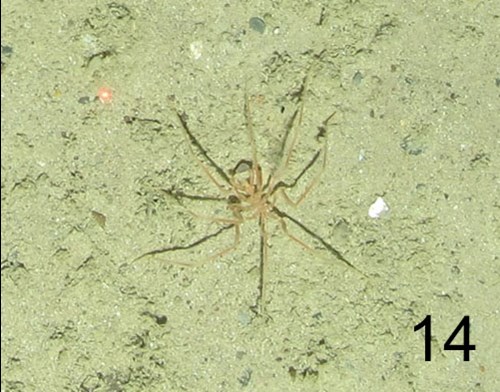 Note all is not as it first appears with some of these creatures. For example, the fascinating and leggy sea spiders are like spiders on land in that they typically have four pairs of jointed legs and a proboscis that is used to suck body fluids from various invertebrate pray such as anemones. While related to spiders, mites and scorpions, sea spiders are exclusively marine and are not closely related to terrestrial spiders. The Faroe-Shetland Channel, where the Faroe-Shetland Sponge Belt MPA is located, seems to be an important area for sea spiders, with high densities recorded in the waters around 1,000 m depth. The largest species of the genus Colossendeis can have a leg span up to 40 cm! 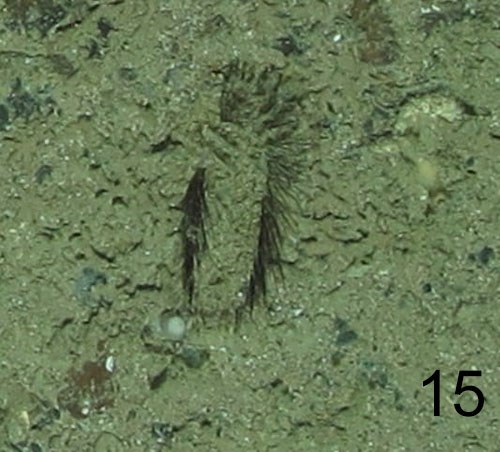 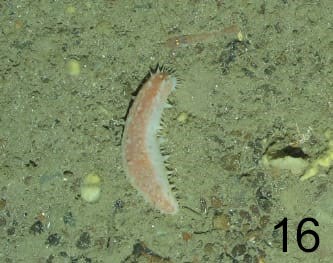 The sea mouse, a marine worm, has fine bristles which cover its body and some longer bristles around the exterior. While their bristles can give them a furry appearance when visible this one is well camouflaged in the sediment. 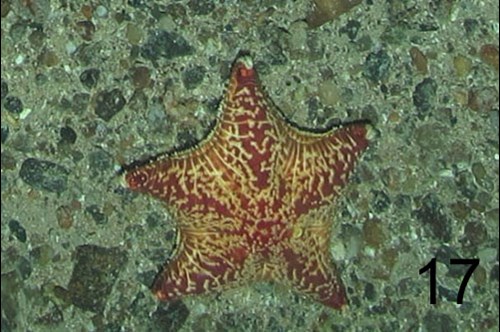 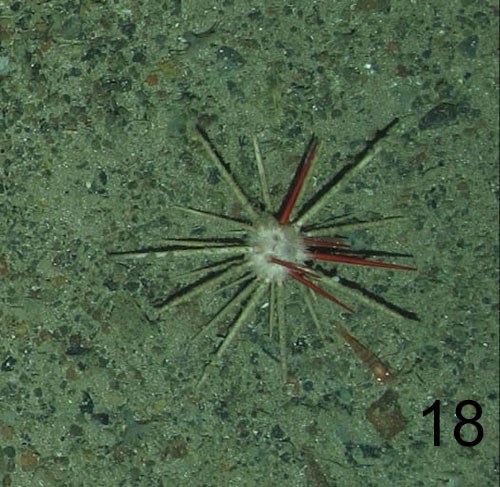 Some examples of filter feeders seen in the MPA. Photos

(1) white, lace like Bryozoan, growing with a variety of sponges and some brittlestars.

(5) this basket star gains extra height above the seabed by climbing up a sponge.

Some examples of fish we have seen.

(7) a skate glides across the seabed.

(9) a ling hides between two boulders .

(10) a rockfish taking cover among some sponge.

Some examples of other seabed animals from Faroe-Shetland Sponge Belt.