Blowing away those end of survey blues

After beating a retreat from another storm that was blowing across the exposed North Atlantic, we busied ourselves with working at some more sheltered contingency stations East of the Shetland Islands. It seems that you can’t hide forever though, and as the winds picked up, we sought more shelter inshore and sat out a bumpy (and for many of us, sleepless) night.

The following morning, while the southerly gales had died down, the residual swell meant slow progress as we steamed south. 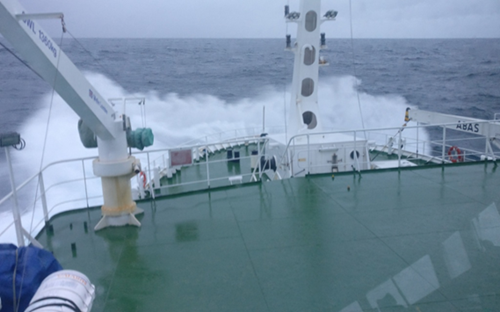 It was fair to say that at this point, team morale was at a low ebb. The rough seas, the unsettled stomachs and the long shifts had taken their toll. But as a group of us were on the bridge after lunch looking at a group of pelagic mackerel trawlers, a cry rang out which lifted everyone’s spirits……"ORCA!" 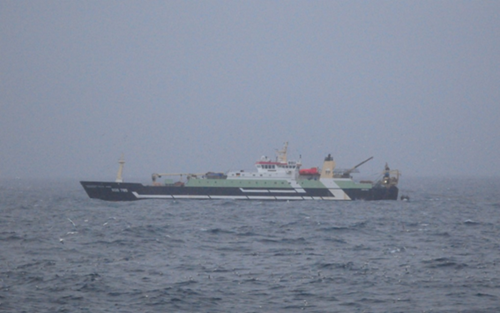 One of the pelagic mackerel trawlers. © Neil Golding/JNCC 2017

A bull killer whale came across our bow while a much larger group crossed our wake. They were leaping clear of the water, as they made a beeline for the trawlers, probably excited at the thought of a nice meal awaiting them as the trawlers hauled their nets packed with fish. 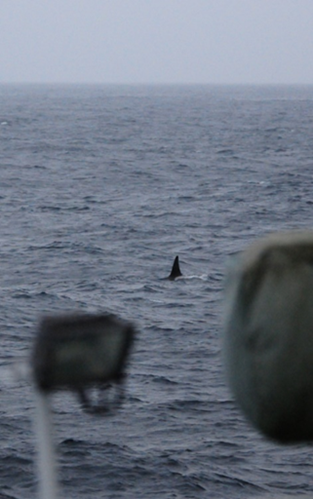 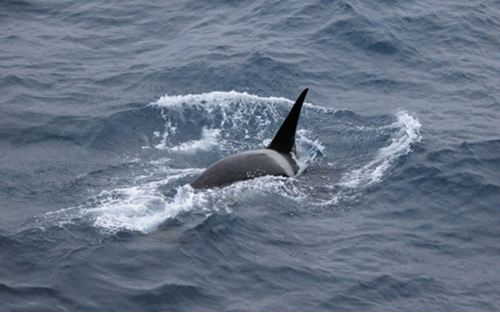 A killer whale swimming alongside the Scotia. © Neil Golding/JNCC 2017 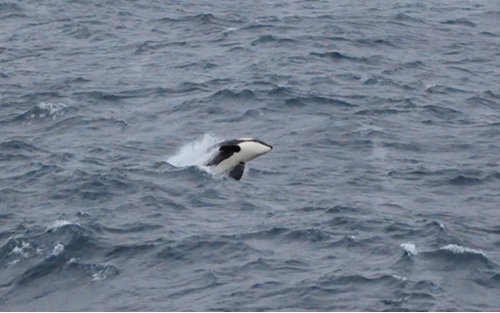 It’s amazing how just a fleeting glimpse of some amazing cetaceans can really lift the spirits of the team. For many, it had been their first Orca sighting ever, and for others, their first in UK waters. We carried on the steam to our next survey location with a little spring in our steps, as we got on with our work.