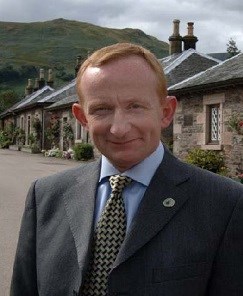 Dr Mike Cantlay OBE was appointed Chair of Scottish Natural Heritage in May 2017. He is also Chair of Highlands and Islands Airport (HIAL) Limited. Mike has over 20 years’ experience of public sector governance.

Mike is Chairman and Managing Director of William Glen Limited. He has held several public appointments including Chair of VisitScotland; Convener of Loch Lomond and The Trossachs National Park Authority; Chair of Scottish Enterprise Forth Valley; Chair of the Board of Management at Forth Valley College; Advisory Member of the Board of Scottish Enterprise and Board Member of VisitBritain.

Dr Cantlay was awarded Public Sector Leader of the Year at the Scottish Leadership Awards 2012 and was made an OBE in 2014 for services to tourism. Mike was brought up in Callander, Perthshire where his family still lives and his business is headquartered.

Meet our Joint Committee
Back to top