Call of the curlew: the impact of JNCC’s international leadership 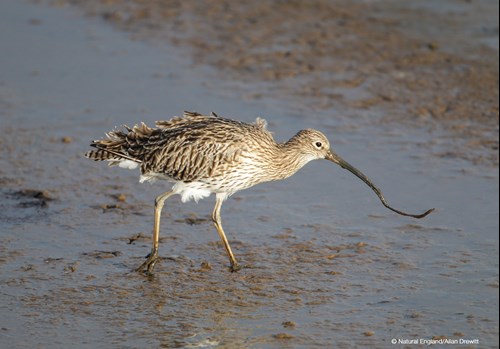 Call of the curlew: the impact of JNCC’s international leadership

Think of a major United Nations nature conservation meeting in the last three decades and it’s likely JNCC staff were there supporting the UK delegation. Yet JNCC’s role in providing advice to UK governments on the development and implementation of international nature conservation agreements is perhaps our least well-known activity.

Much of our international work is providing advice to government policy leads on the many proposed decisions and commitments made at international environment meetings. This is our contribution to the development of international nature conservation agreements. Using our expertise we assess whether a proposal will have the positive impact it seeks, and use our understanding of UK conservation to appraise the extent to which the UK is already meeting proposed international actions.

Our work doesn’t stop at advising on the development of new global conservation actions. We also advise on, and at times carry out, their implementation, such as preparing the UK’s reports to international conventions (e.g. our work on the UK’s Convention on Biological Diversity National Reporting) or advising how UK governments can meet their obligations under international conservation law (e.g. our role as the UK’s Scientific Authority on Animals for CITES). However, all this work is generally high-level and a step removed from on-the-ground conservation work – which is why we were delighted when JNCC was invited to get involved with an international working group that aimed to turn international ambition into real world action.

The curlew is the UK’s most pressing bird conservation priority, as our population is one of the world’s largest but also fastest declining. The African-Eurasian Waterbird Agreement (AEWA), a UN treaty, provides the framework for the conservation of species like the curlew and it is under this treaty that the International Curlew Working Group has been formed. Recognising the responsibility the UK has towards the curlew, in September Defra hosted the first meeting of the Group and, further recognising JNCC’s ornithological expertise and international experience, we were asked to chair it.

Twelve nations were represented at the meeting, hosted at the Scottish Ornithological Club’s Headquarters. After three days of, at times, hefty deliberations, and following some astute chairing (if we say so ourselves!), the participants emerged successful. A three-year workplan for the conservation of the Eurasian curlew across its breeding range was agreed.

Creating a workplan may not sound a great achievement, but it is only once all the potential actions for the conservation of a species are assessed and prioritised that effective conservation work can begin. The plan has the buy-in of many different nations, a further positive sign that the curlew can be saved across its range.

All in all, this first meeting was a great contribution to the conservation of an emblematic species and a wonderful opportunity for JNCC to further demonstrate its international leadership. And importantly, the participants went away smiling!