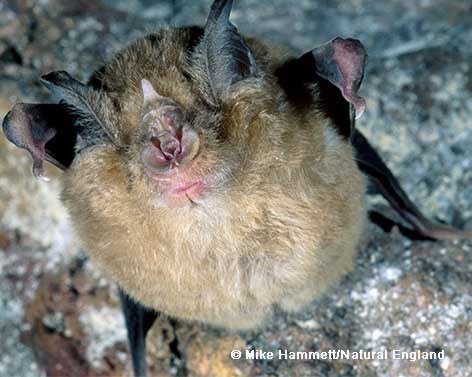 Last year nearly 1,000 dedicated volunteer citizen scientists carried out NBMP surveys at a total of 1,907 sites across the UK. The survey results allow BCT to estimate population trends for 11 out of the 17 species of bat which breed in the UK. Unfortunately, at present we are not able to produce population trends for some of the rarer and more habitat-specialist bat species such as barbastelle or Bechstein’s bat as they are difficult to monitor or rarely encountered.

Results of the NBMP show that from the baseline year of monitoring (1999 for most species) to 2018, GB populations of the 11 species of bat surveyed appear to be stable or increasing. A few results need treating with some caution and there are regional and/or country differences. Species considered to have increased in Great Britain since the baseline year of monitoring are greater horseshoe bat, lesser horseshoe bat, Natterer’s bat and common pipistrelle, all of which often use buildings to roosts in.

Even though these are encouraging results, these trends reflect relatively recent changes in bat populations. It is generally believed that during the early 20th century there were significant declines in bat populations. Possible drivers of the historical declines include agricultural intensification, loss of roosting and foraging habitat, persecution, pesticides including the use of toxic timber treatment chemicals within roosts, water quality, declines in invertebrate prey groups, development and land-use change and climate change.

The recent positive and stable trends recorded through the NBMP suggests that current legislation and conservation action to protect and conserve bats is being successful, and it is important that this continues. This is a positive conservation message, particularly in the context of the Intergovernmental Science-Policy Platform on Biodiversity and Ecosystem Services (IPBES) 2019 Global Assessment Report, published this week, which shows that species extinction rates are accelerating, leading to an unprecedented dangerous decline in nature. BCT will certainly continue to raise awareness of bats and their conservation needs to ensure bat populations continue to thrive. BCT is currently exploring and piloting new techniques to monitor population changes in species that are not currently part of the NBMP, including habitat specialists which are likely to be particularly vulnerable to threats such as habitat loss and climate change.

To find out more about how you can encourage bats in your garden: http://www.bats.org.uk/pages/encouraging_bats.html

The NBMP provides statistically robust population trends for 11 of the UK’s 17 breeding bat species. The scheme started in 1996 and has continued gathering data on an annual basis, benefiting from the dedication of thousands of volunteer recorders. The NBMP consists of four main surveys – the Field, Waterway and Hibernation Surveys and summer maternity Roost Counts. Most bat species are monitored by more than one survey. Population trends are provided at GB level, and for UK, England, Wales, Scotland and Northern Ireland where possible. The NBMP is run by Bat Conservation Trust, in partnership with the Joint Nature Conservation Committee, and supported and steered by the statutory nature conservation agencies.

The NBMP is important, not only as the provider of information on bat population trends and status, but also in enabling the UK to meet its obligations under the Habitats Directive, and to report on, implement or deliver country biodiversity strategies, and report to EUROBATS. A number of collaborative projects are underway which employ NBMP data, including projects investigating the effect of annual variation in weather on population trends of UK mammals, birds, and invertebrates; the distribution and spread of Pseudogymnoascus destructans, the fungus responsible for White Nose Syndrome in North American bats, across Europe, Asia and North America; the ecological and human factors impacting woodland bat species’ distributions and assemblages, and how these may change in future climate and land use scenarios; new techniques to enable bats and church congregations to live together.