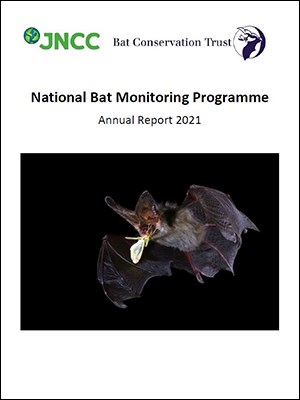 At least three of Britain’s 17 breeding bat species are showing significant signs of population rise according to the latest long-term survey results published today (Thursday 19 May 2022) by the National Bat Monitoring Programme (NBMP), in the 2021 annual report.

Species on the increase in Britain include the still relatively rare greater horseshoe bat, lesser horseshoe bat and common pipistrelle. These positive results indicate that strong legal protection works, and conservation action to protect and conserve bats is achieving success.

Historical declines in bat populations date back to at least the start of the 20th century and despite some recovery, numbers are not back to pre-crash levels. One third of Britain’s most highly threatened mammal species are bats.

The NBMP is a world-leading citizen science programme. In 2021, around 1,000 volunteers gave 11,304 hours of their time to visit 1,202 sites.  The NBMP findings provide valuable indicators of bat population status, change and distribution, and are used by the Government and conservation bodies to inform conservation efforts and decision making.

The results presented in the NBMP Annual Report are official statistics, and are produced to the high professional standards set out in the Code of Practice for Official Statistics.

The NBMP is run by the Bat Conservation Trust, in partnership with JNCC, and supported and steered by Natural England, Natural Resources Wales, NatureScot and Northern Ireland Environment Agency.

JNCC would like to thank its partners and all the volunteers who have contributed to the NBMP over the years.

The latest results are available in the 2021 Annual Report.

More information on the NBMP is available on the Bat Conservation Trust’s website.

NBMP Annual Report 2021
Back to top