JNCC partners with several NGO’s and research organisations in running a number of long-term monitoring schemes to improve our understanding of the status of species and habitats. The evidence collected helps us to understand the impacts of environmental pressures, and is important in influencing policy and guiding conservation action. 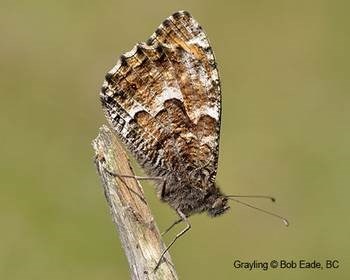 Butterfly monitoring has taken place since 1976, and disconcertingly, latest results reveal that twice as many butterfly species show significant long-term population declines as those showing significant increases. The UK Butterfly Monitoring Scheme (UKBMS) shows that although butterfly numbers last year were up on 2016, they were still way below average, with 2017 being the seventh worst year on record. Grayling and Grizzled Skipper recorded their lowest numbers since records began as difficult weather conditions caused problems for some of the UK’s species.

Long-term declines in abundance can often be attributed to widespread loss, change or fragmentation of suitable habitat. However, species can respond well to targeted conservation habitat management, for example as demonstrated by the Large Blue, which despite a small annual decrease in 2017 still recorded its third best year on record.

The UK Butterfly Monitoring Scheme is organized and funded by Butterfly Conservation, the Centre for Ecology and Hydrology, British Trust for Ornithology, and the Joint Nature Conservation Committee. The UKBMS is indebted to all volunteers who contribute data to the scheme.