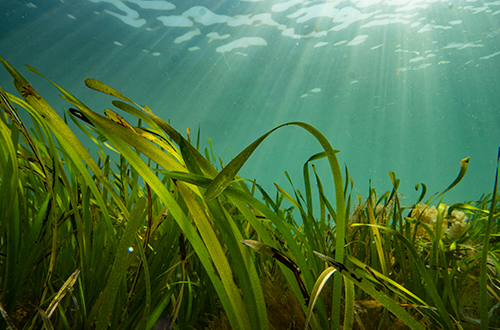 Under the waters off the British coastline lie seagrass meadows which provide homes for juvenile fish and protected creatures like seahorses and stalked jellyfish. Seagrass also has an integral role in stabilising the seabed, cleaning the surrounding seawater and capturing and storing significant amounts of carbon.

But it is estimated that the UK may have lost up to 92 per cent of its seagrass, and that what remains has also reduced in quality. Contributing factors to this decline include wasting disease, pollution and physical disturbance.

ReMEDIES is a partnership project funded by the EU LIFE programme and led by Natural England, aimed at restoring areas of seagrass, as well as helping to protect the seabed from damage by recreational activities.

LIFE Recreation ReMEDIES is a £2.5 million, four-year marine conservation partnership project to Save Our Seabed at five Special Areas of Conservation (SACs) in Southern England.

It is the result of a series of workshops held by the National Trust and Royal Yachting Association between 2016 and 2018 which looked at the increasing evidence base on the impacts of recreational activities on sensitive seabed habitats with a view to reaching solutions.

The four-year project aims to plant a total of eight hectares of seagrass meadows within the five SAC areas which area currently in an unfavourable condition. In doing so, the project will demonstrate new habitat restoration and management approaches to seagrass restoration. This will be done bycollecting seagrass seed from the seabed, cultivating it in laboratories and replanting on the seabed – a first for England at this scale.

It will seek to reduce the impact of recreational activities such as mooring and anchoring, utilising innovative technology such as Advanced Mooring Systems (AMS), best practice management techniques like voluntary codes, targeted training and behavioural change, and managing access.

The partnership also aims to work with the boating community to raise awareness and actively inspire better care of underwater habitats by recreational users. Successes will be shared with similar projects across Europe with the aim of inspiring others to adopt large scale restoration of seagrass beds elsewhere.

Restoration work is already underway with the first successful planting effort of seeds and seedlings across almost one hectare of Plymouth Sound National Marine Park in spring 2021. Further collection dives at healthy seabeds were also carried out over the summer for further planting expeditions later in the year.

Working closely with the boating community to understand factors that influence anchoring and mooring practices, the project has also seen the trialing and installing of Advanced Mooring Systems (AMS) for boats in some project areas. These AMS are specially designed to reduce interaction with the seabed and thus reduce the risk of damage. 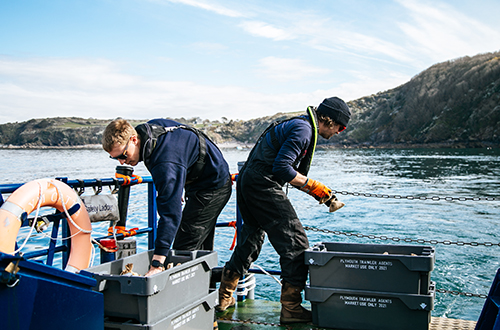 The four-year partnership has a completion date of October 2023. Over the lifespan of the project, the ambition is to restore healthy seagrass meadows to provide nursery grounds for young fish – including commercially important species such as pollock, plaice and herring.

Project officers have been working with schoolchildren in the classroom, and online during the Coronavirus pandemic to raise awareness of the scheme. Working in partnership with the Marine Conservation Society, a series of public webinars highlighting the aims and ambitions of the project have also been successfully delivered.

Natural England and ReMEDIES partners plan to extend the benefits of this work beyond the UK to assist with international marine recovery efforts. Techniques and evidence gathered will be captured and shared with marine conservation organisations across Europe to allow them to learn from and replicate the work.