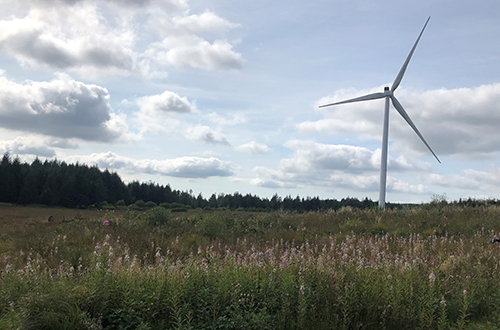 The uplands area between Neath Port Talbot and Rhondda Cynon Taf in the South Wales valleys was at one time boggy peatland. But due to the extensive commercial forestry planting of conifer trees since the 1950s, the area’s landscape now looks very different.

This change has affected not only the look of the valleys, but other important natural elements such as the ability of rare wildlife to thrive there, as well as increased risk of fires and floods.

The transition to net zero brings many benefits, including wind farms enabling improvements to the natural environment through their habitat management plans.
As part of the planning permission for the development of the 76-turbine Pen y Cymoedd onshore Wind Farm on the Welsh Government Woodland Estate in South Wales, energy company Vattenfall is working in partnership with Natural Resources Wales on a £3 million project designed to restore habitats and improve peatland ecosystem resilience on the site.

The ambition of the 25-year project is to deliver schemes to support local wildlife and habitats by restoring afforested native habitats. Priority is being given to the restoration of blanket bog, the felling of conifer plantations and undertaking ground works to restore natural hydrological processes of peat bodies for carbon storage and sequestration benefits. 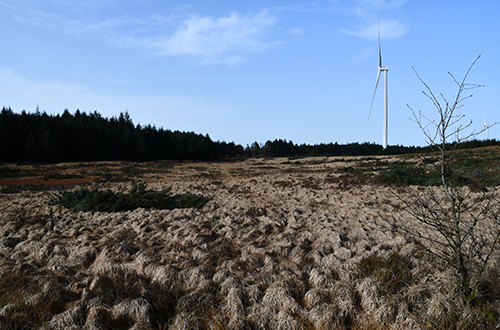 The Pen y Cymoedd Wind Farm Habitat Management project is one of the biggest restoration projects of its kind in the UK. The 25-year endeavour will involve strategic felling within a 1,500 ha area of conifer plantation and ground works to restore natural hydrological process on those sites.

To date, approximately 16 ha of felled land has seen habitat restoration operations undertaken. This has involved blocking drainage channels and flipping the stumps of felled trees over into the remnant peat.

By infilling existing drainage systems and plough furrows associated with former forestry or agricultural works the water table is raised. This helps to restore the hydrology of the underlying peat bog to a near natural state, and recreate the conditions needed for peat forming plants to recolonise the site.

Management of non-native tree regeneration is set to be programmed over time as ground works are completed and the response of the site monitored.

The expected outcome of ground works are that the degraded and eroding peat-bodies will begin to function as active bogs and sequester carbon and provide the biodiversity benefits of blanket bogs in the long-term. 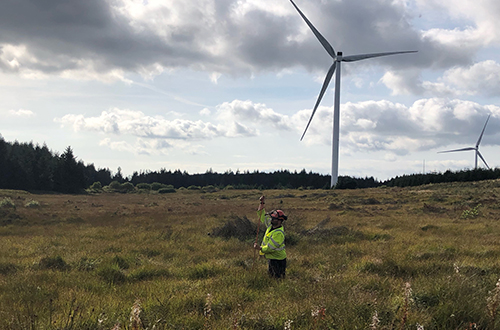 Peatlands have the potential to be a natural solution to reducing greenhouse gas emissions and are a huge store of carbon. By enhancing these habitats on the Pen y Cymoedd Wind Farm, it will not only increase the biodiversity within the site but also reverse erosion and create carbon sinks.

In addition, wider ecosystem services are also expected such as reducing the flood risk to downstream settlements by improving the storage of water and reducing rapid surges along erosion channels.

It is hoped such habitat improvements will encourage many local wildlife species currently in decline to thrive again. These include birds like the skylark and nightjar; invertebrates like the dark green fritillary and small pearl bordered fritillary butterflies; and mammals, including the elusive water vole.

It is also hoped that the site will become an exemplar for restoration of afforested peat bogs in Wales and provide a learning resource for other projects of this kind.