Launch of the OWSMRF continuation

The Offshore Wind Strategic Monitoring and Research Forum (OWSMRF) has been launched to support the UK’s ambitions to achieve Net Zero by 2050 and continue to be a leader in offshore wind. Offshore wind capacity is expected to increase to 40 gigawatts (GW) by 2030. This increase in renewable energy capacity will contribute to UK Government’s target of reducing greenhouse gas emissions by 78% by 2035, and to achieve Net Zero by 2050. Such climate change mitigation will have the added benefit of addressing a main driver of biodiversity loss. Increasing the UK’s offshore wind capacity could affect the conservation status of marine birds so there is a need to understand effects better and reduce the uncertainty in assessments that underpin consenting decisions.

The Forum is a collaboration of seven offshore wind developers – EDF Renewables, Equinor, Ørsted, RWE, ScottishPower Renewables, SSE Renewables and Shell. The Joint Nature Conservation Committee (JNCC) will again support the work of the Forum by acting as a technical Secretariat.

OWSMRF’s creation comes after the success of a pilot study from 2019 to 2020, which focused on the kittiwake as the species of bird considered most likely to be affected by future developments and hence present the greatest consenting challenge to offshore wind in the UK. Three comprehensive reports on evidence needs for better understanding of possible impacts on kittiwakes were produced, which have since informed the scope of research projects funded directly through OWSMRF as well as the work of other initiatives, like the Offshore Renewables Joint Industry Programme (ORJIP) and The Crown Estate led Offshore Wind Evidence & Change Programme (OWEC).

The success of the pilot is highlighted by the recent publication of the kittiwake colour ringing feasibility review, an OWSMRF identified project, which was funded by one of the developers, Vattenfall. Research is also underway to address several other research objectives identified during the pilot. 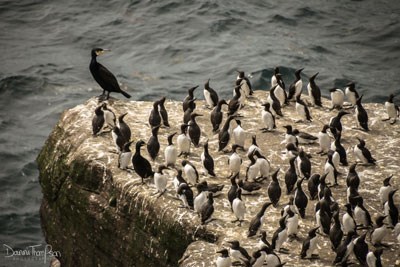 The Forum will now build on the work of the pilot study to enable government nature conservation advisors, NGOs, experts and regulators to highlight priority species and critical knowledge gaps to developers. This collaborative approach will help to identify, prioritise and develop further research and evidence, with a particular focus on species most likely to be affected, and hence presenting the greatest consenting challenges, in the next three to five years.

As in the pilot, JNCC will work closely with academics and other experts to review existing evidence and identify robust scientific research opportunities to improve the understanding of how seabird populations in the UK are affected by operational and planned offshore wind farms, and how any effects might be mitigated.

The Forum partners will agree which research opportunities should then be developed into detailed scopes of work with the ambition that the Developer Group will provide funding for some research, and OWSMRF will work closely with other UK-based offshore wind strategic research programmes to avoid duplication and proactively promote the identified research areas.