The Offshore Wind Strategic Monitoring and Research Forum (OWSMRF) is an industry-led collaborative forum that aims to better understand the impact of large-scale offshore wind development on marine birds.

The UK Government has committed to large-scale deployment of offshore wind in the UK, with ambitions to increase capacity to 50 gigawatts (GW) by 2030, including up to 5GW of floating wind. This increase in renewable energy capacity will contribute to UK Government’s target of reducing greenhouse gas emissions by 78% by 2035, and to achieve Net Zero by 2050. Such climate change mitigation will have the added benefit of addressing a main driver of biodiversity loss. (For further details, see the British energy security strategy). 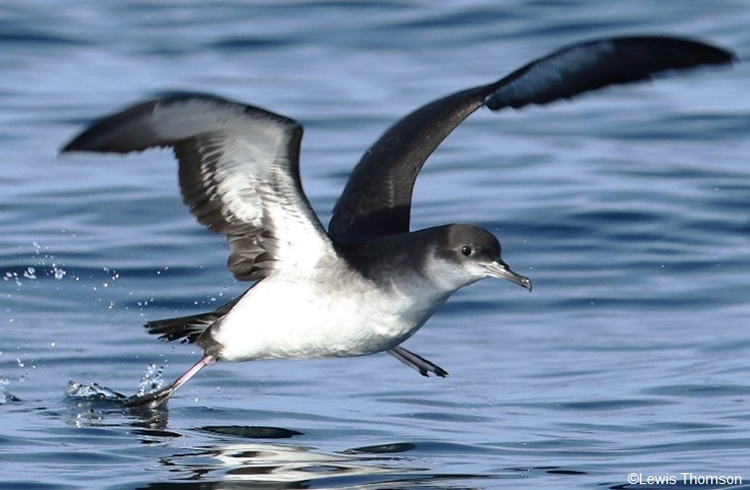 During the continuation, OWSMRF will work to identify the species where knowledge gaps on the effects of offshore wind development create greatest uncertainty in impact assessments and pose consenting challenges (photo: Lewis Thomson).

However, a limited understanding of the effects of offshore wind on marine wildlife creates uncertainty in impact assessments that underpin consenting of future developments. This is particularly true for impacts on protected bird populations. OWSMRF uses a collaborative approach to identify critical gaps in our understanding, summarise existing evidence, and fill these gaps by developing robust research proposals to obtain new evidence.

Secretariat and delivery: Acting as a technical Secretariat and providing delivery of much of the OWSMRF work, JNCC is co-ordinating the effort to identify and prioritise research opportunities to fill critical evidence gaps. JNCC will also undertake a Research Development and Promotion Role which will include a variety of tasks, including identifying project partners and collaborators, building project teams and facilitating the progression of high-level academic ideas into feasible research projects that can be delivered.

The Developer Group (DG) consists of seven developers (listed alphabetically): EDF Renewables, Equinor, Ørsted, RWE, ScottishPower Renewables (SPR), Shell and SSE Renewables (Scottish and Southern Electricity). OWSMRF extends its thanks to Vattenfall for their vital contribution to the Pilot Year, in particular recognising their funding which has already addressed one of the Research Objectives identified during the Pilot Year (see Work Product JNCC Report 684 below). 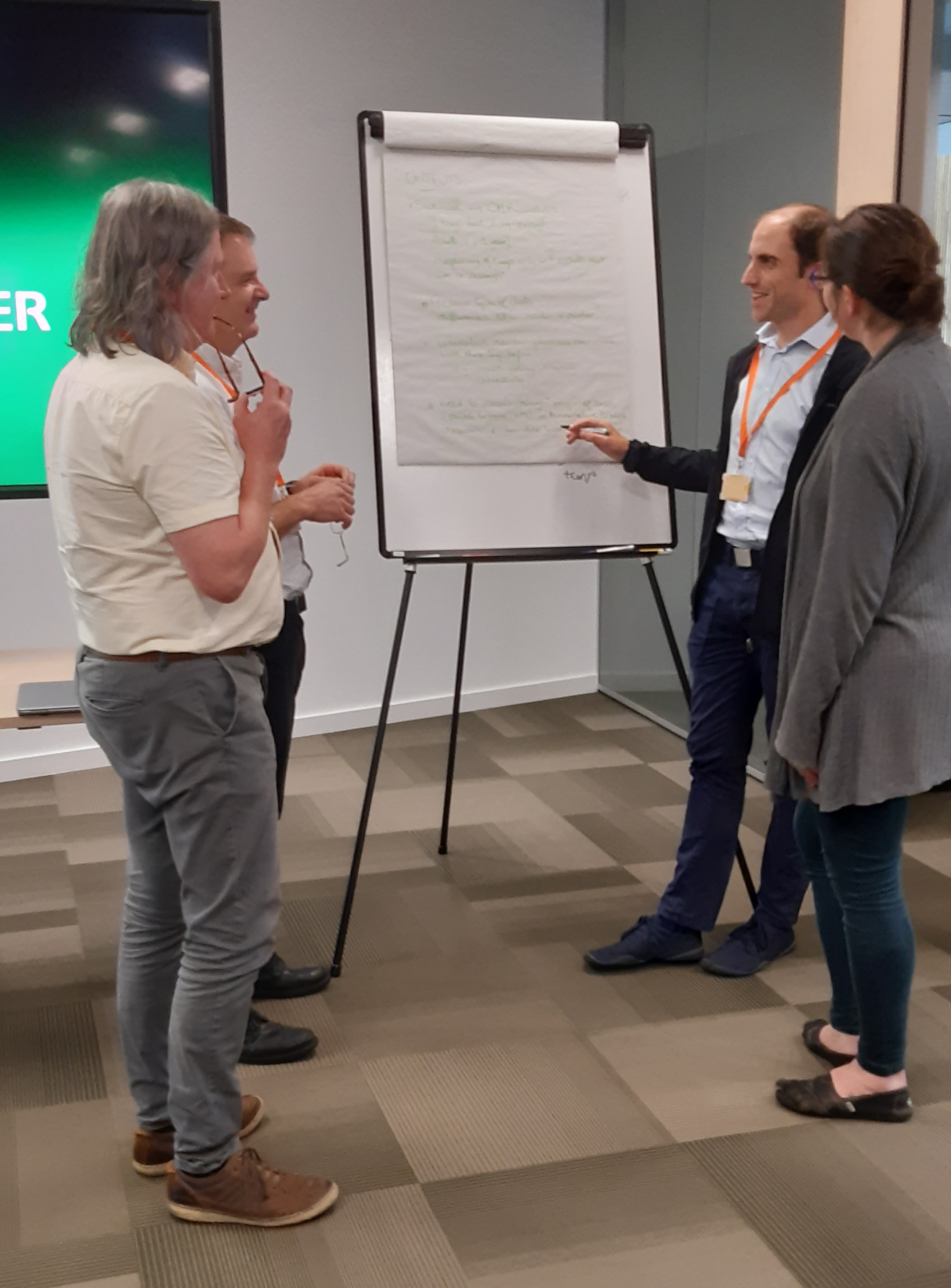 During the Pilot Year Key Stakeholders and technical experts convened at an August workshop on black-legged kittiwake populations and movements (photo: Sue O’Brien). 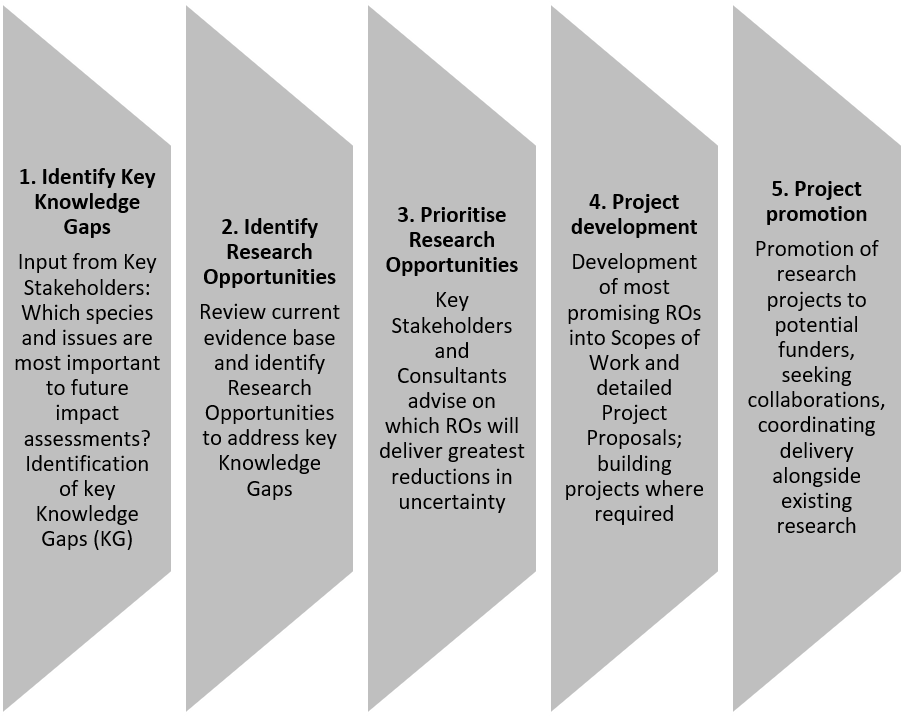 The pilot year focused solely on ornithology. A novel top-down approach was used to identify which species and knowledge gaps OWSMRF should focus on. 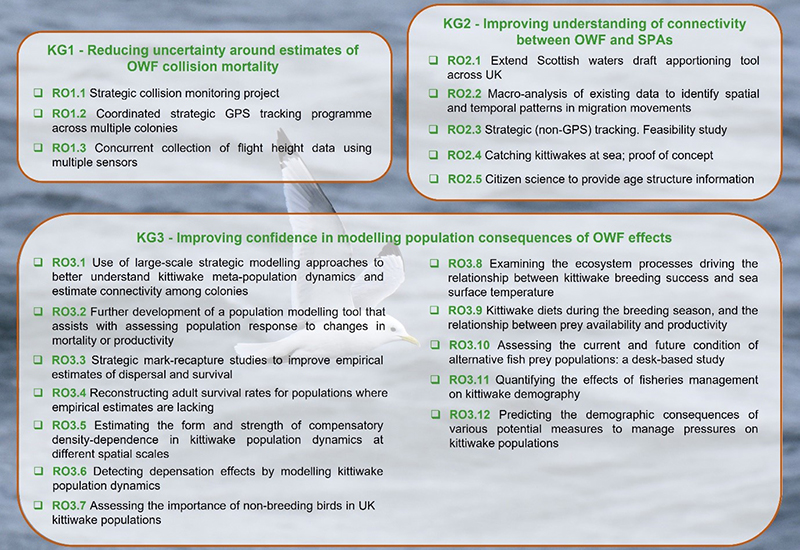 The Research Opportunities identified across three key themes during the Pilot Year are summarised above.

Following on from the success of the Pilot Year, OWSMRF is progressing with its continuation, commencing from April 2021 and running through until February 2023. Building on the Pilot, as well as benefitting from the interaction and integration with other successful projects such as ORJIP and OWEC, the OWSMRF continuation will identify further high-priority species and knowledge gaps. This will be undertaken with the ambition of initiating new research to reduce uncertainty around the impact of UK offshore wind, where that uncertainty is relevant to consent for new developments. 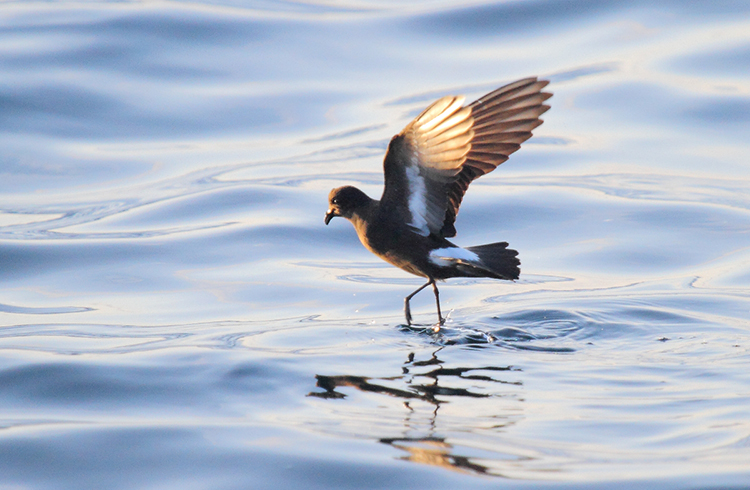 European storm-petrel, one of the focal species of the OWSMRF continuation (photo: Lewis Thomson)

The current focus of the OWSMRF continuation is Procellariiformes, specifically Manx shearwater (Puffinus puffinus) and European storm-petrel (Hydrobates pelagicus). A stakeholder workshop identified these species as of growing importance and a potential future consent risk to the Offshore Wind sector as there is currently limited understanding of key aspects of the life history, distribution and interaction of these species with offshore wind. Following subsequent discussions, the latest Knowledge Gap, KG4, covers three areas: 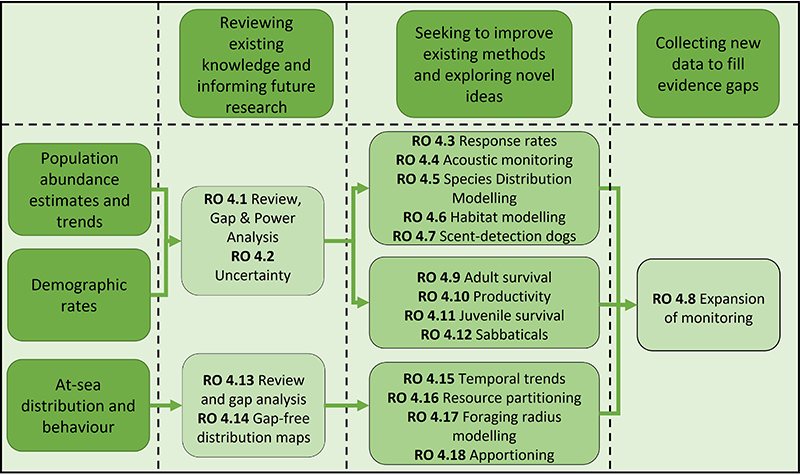 The Knowledge Gap key themes and research areas are shown in the flowchart above and set out the Research Opportunities identified and how they might work together.

The Pilot Year resulted in the publication of reports on each of the key knowledge gaps:

On the back of the pilot, Vattenfall funded work to fulfil one of the identified research opportunities into the feasibility of colour-ring deployment on kittiwake:

A summary of the 20 Pilot Year Research Opportunities (ROs) can be found here:

Of the ROs identified by OWSMRF, the following Scopes of Work were produced, detailing the work required to address the evidence gap:

JNCC would be pleased to discuss these opportunities with any organisation that would be interested in taking them further.

The continuation year has so far resulted in the publication of a report on key knowledge gaps:

The OWSMRF Pilot Year ROs also form part of The Crown Estate’s Offshore Wind Environment and Evidence Register (OWEER), a UK-wide register of strategic evidence gaps and recently completed or planned research relevant to reducing uncertainty in impact assessments or mitigation approaches as relevant to OW consenting. The ROs identified during the Continuation will be included under the next iteration of the register.

Several existing research projects have been identified which partially or completely address evidence gaps identified through the OWSMRF Pilot. Five of the ROs related to collision risk (JNCC Report No. 644) have been partially or completely addressed, including four which were ranked "very high" and "high" in the prioritisation process. Research areas addressed include uncertainty around flight heights, cumulative effects, post-construction monitoring and demographic rates (see RE.OR. 5, 17, 23, 35, 55, 56, 57, 58, 59, 64, 69, 71, 72 & 74 in the OWEER). The lack of understanding around the links between SPAs and offshore wind farms (JNCC Report No. 645) has been partially addressed by six areas of research: a review of migratory routes, and an assessment of the feasibility of deploying a colour ringing scheme to identify kittiwake colony origins and movements (see RE.OR. 17, 33, 64, 66, 69 & 74 in the OWEER). In addition, ongoing research is currently being conducted to address eight of the objectives relating to improving understanding of population dynamics and drivers (JNCC Report No. 651), these projects address the delivery of compensation, examine the cumulative threats faced by kittiwakes and assess the feasibility of deploying a colour ringing scheme (see RE.OR. 17, 18, 30, 37, 61, 62, 69, 71, 72 & 77 in the OWEER).

Further details of other projects addressing the key knowledge gaps and research opportunities identified through the OWSMRF Pilot can be found in the register, which is hosted on the Marine Data Exchange:

To find out more about the project, please get in touch