The Offshore Wind Strategic Monitoring and Research Forum (OWSMRF) has published a new report on high-priority ornithological knowledge gaps and the research needed to inform the sustainable development of offshore wind energy.

The Forum has collaborated with nature conservation agencies, NGOs, scientific experts and regulators to identify priority needs for improving understanding of the impact of offshore wind farms on marine birds. Following the successful completion of the Forum's Pilot Year in 2021, which focussed on the black-legged kittiwake, the group has taken a closer look at a set of less well-known species – Manx shearwaters and storm-petrels. 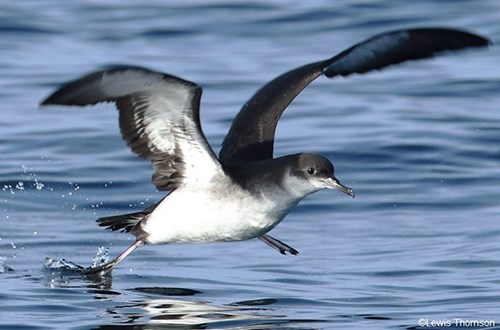 Shearwaters and petrels reproduce in significant numbers on several UK islands, often at remote locations. Related to albatrosses, they can travel large distances for food, and during the breeding season they only leave and return to their colonies at dawn and dusk. This makes them difficult to study and, compared to other species, very little is known about their use of the marine environment, how their populations are faring and how they interact with offshore wind farms.

Given the planned expansion of offshore wind developments in UK waters, particularly in areas occupied by large numbers of shearwaters and petrels, these species are coming into focus for the offshore wind industry.

"The UK population of Manx shearwaters is internationally important at between 70–90% of the global population, and around 10% of the world’s European storm-petrels breed in the UK.

"For this reason, we have a number of protected areas around our coasts, which need to be considered as offshore wind expands to meet our renewable energy needs. We have little evidence about how shearwaters and petrels behave around wind farms, whether they avoid them or are likely to come into close contact.

"Our first step toward being able to assess likely interactions is to improve knowledge of abundance, population trends and behaviours at sea, and this report sets out a range of evidence priorities to do that, which can inform future research and monitoring.”

JNCC has collaborated with experts in the field to summarise existing knowledge and develop a list of 18 research ideas that will advance the understanding of Manx shearwater and storm-petrel ecology for the benefits of the offshore wind industry.

The Forum partners will agree which research ideas should be developed into detailed project proposals. OWSMRF developers will work with the wider offshore wind industry and research funding initiatives to identify funding for some research. OWSMRF will continue to work closely with other UK-based offshore wind strategic research programmes to maximise synergies and proactively promote high-priority research areas.

Polly Tarrant, Environmental Manager at EDF Renewables, on behalf of the Developers, said:

"To meet the UK Government’s ambitious climate and Net Zero targets, there will need to be a rapid increase in offshore wind capacity. As more projects are developed, in new parts of the country, it will be important to better understand the effects of offshore wind on the environment. This is why it is great the industry is working together to better understand and develop mitigation through design methodologies, where appropriate, for potential impacts.

"This new group of species, Manx shearwaters and storm-petrels, is particularly important, given their prevalence in areas of planned offshore wind expansion in the UK. The work that has been carried out will provide an important basis on which to prioritise further efforts to improve our understanding of these species and to secure co-existence with offshore wind development.”

The Offshore Wind Strategic Monitoring and Research Forum (OWSMRF) Continuation runs from April 2021 to February 2023. For more information on the Forum, visit the OWSMRF webpage.