The evolution of the JCDP

Across the north-east Atlantic, there are multiple sources of data for cetacean species (whales, dolphins and porpoises). The JCDP builds on previous exercises where these data have been collated to make the best use of the available evidence base. 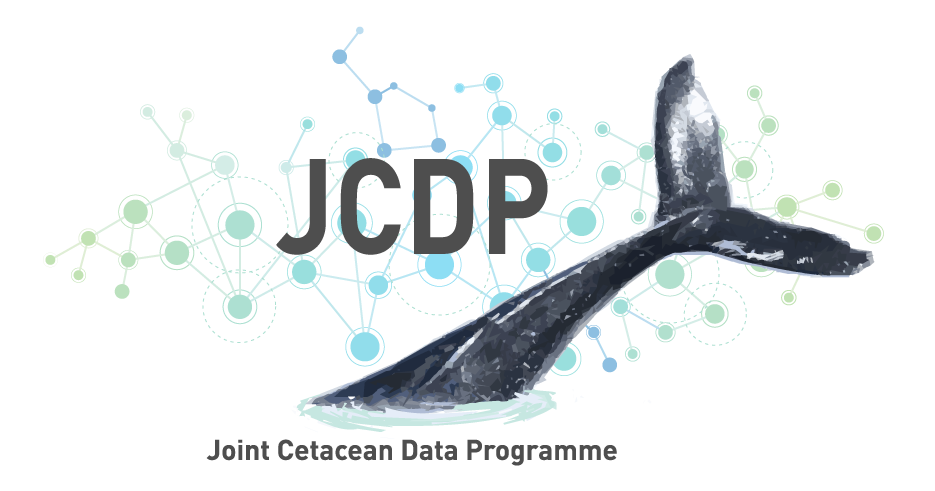 Promote and facilitate cetacean data standardisation and maximise value through collation and enabling of universal access.

Across the north-east Atlantic, there are multiple sources of data for cetacean species (whales, dolphins and porpoises). Widescale surveys such as Small Cetaceans in European Atlantic waters and the North Sea (SCANS) provide a vital snapshot of cetacean abundance and distribution at a scale relevant to their highly mobile nature. However, the long intervals between these surveys limit the ability to understand population trends, even for the most commonly recorded species.

There is also a substantial and growing resource from other sources of data gathered at different temporal and spatial scales by, for example, Non-Governmental Organisations (NGOs), marine industry, and academic and regional government-funded projects. Independently, these datasets have limitations for analysis due to the confines of the data over time and space, but when combined along with widescale survey data, they provide an invaluable resource for a range of analyses to inform conservation and policy needs.

Historically, collated datasets were licenced for use for the specific projects or analysis for which they were requested and cannot be used for future work without additional permission from the data owners or providers. There was a need to work with data providers in finding a solution to this barrier by storing these collated data in a standardised format long-term, and making them available for continued use to improve the capacity for analysing and better understanding cetaceans in the northeast Atlantic.

Combining cetacean datasets from the existing evidence base has proven to be highly effective in enabling the assessment of cetacean populations across wide areas and appropriate time periods, increasing the value of these data. This has been demonstrated by data analysis exercises such as the JNCC-led Joint Cetacean Protocol and the Marine Ecosystems Research Programme. The identification of areas with persistent harbour porpoise density has been the basis for the designation of Special Areas of Conservation (SACs) in the UK in recent years, based on the collated cetacean evidence base.

Addressing this need has been the driver behind the JCDP, which aims to provide a platform for collation, standardisation, storage, and access of cetacean data collected at sea via ship-based or aerial observer and digital surveys. It is a growing resource that will enable best use of all available comparable data from which to carry out analyses at relevant spatial and temporal scales to inform cetacean management, policy and conservation.

Atlas of cetacean distribution in north-west European waters (2003)
A snapshot of the distribution of 28 cetacean species from the last 25 years, using collated data from multiple sources.
Joint Cetacean Protocol (JCP)
Between 2004 and 2016 the JCP aimed to use collated data to identify trends in distribution and relative abundance of cetacean species.
Marine Ecosystems Research Programme (MERP)
Between 2014 and 2018, as part of a larger project, MERP undertook an analysis of collated seabird and cetacean datasets from the north-east Atlantic.
Joint Cetacean Data Programme (JCDP)
The JCDP has been in development between 2019 and 2022, aiming to improve cetacean survey data standardisation and accessibility across the north-east Atlantic.

The development of the JCDP was a collaborative project with involvement from many stakeholders and contributors from a range of organisations across the north-east Atlantic area. A steering group of relevant stakeholders was convened at the project conception and has been instrumental in ensuring the JCDP platform is fit for purpose and successful in achieving its vision.

The JCDP development is managed by JNCC and funded by Defra from 2019 until 2022 when the JCDP platform launched. Following this, an international ICES governance group (WGJCDP) took over the project management to ensure future resilience. Currently the working group is chaired by JNCC and has representation from across the north-east Atlantic.

Development of the JCDP

Phase One of JCDP was completed in 2020 and the Phase One report outlines the approach for delivery of the objectives and summarises the outcomes.

The Phase two interim report provides an update on the delivery of the objectives and achievements as of the end of 2021.

Stay connected with the latest JCDP news and updates