UK Regulations make it an offence to kill, injure or disturb marine European Protected Species (EPS) in UK waters, which includes all cetaceans. Compliance with JNCC's mitigation guidelines is considered best practice and will, in most cases, reduce the risk of deliberate injury to marine mammals to negligible levels.

JNCC has developed a suit of mitigation guidelines to help reduce potential impacts from impulsive noise sources to marine mammals. Through consultation with regulators and industry, JNCC periodically reviews and updates these guidelines to ensure they remain fit-for-purpose. The team also identify other areas where guidance would be beneficial and work to develop them (e.g. use of passive acoustic monitoring as a mitigation tool).

The guidelines have been adopted as part of the consenting regime within the United Kingdom Continental Shelf (UKCS). They are also adopted in other areas of the world as best practice, where local guidelines are not available. The measures described have some limitations and their effectiveness has not been and may not be able to be fully tested, however they are based on reasonably conservative assumptions.

JNCC also provides advice to regulators regarding mitigation as part of the consenting process and all operations are considered on an individual basis. We welcome discussions with operators and developers regarding new techniques that can reduce noise levels into the marine environment and/or improve mitigation. Early engagement with regulators and country nature conservation bodies is recommended.

When planning, operators should always look to use methods or equipment that will result in the lowest practical noise levels to achieve the required objectives. This could be incorporated at the design stage, for example by using a foundation type that does not require impact piling, such as bucket or gravity foundations. Alternatively, equipment or methods that will result in lower noise levels could be considered. An alternative to impact piling could be vibro-piling; frequently used by the oil and gas industry, this involves vibrating the pile which causes a temporary reduction in the surrounding soil resistance allowing the pile to sink into the seabed. A Joint Industry Project has been considering alternatives to airguns, and developing commercial marine vibrators which generate a signal similar to a conventional seismic airgun array (Feltham et al. 2019). Low order disposal methods (deflagration) are also being considered for unexploded ordnance (UXO) clearance (Merchant & Robinson 2019).

If noise levels can't be reduced sufficiently to reduce the risk of injury to marine mammals, mitigation and/or noise abatement systems will need to be employed.

Mitigation methods can be divided into those that reduce the propagation of noise through the marine environment (e.g. noise abatement systems); and those which reduce the risk of injury as a result of a noisy activity (e.g. by ensuring no animals are within a certain distance before starting).

Mitigation guidelines have been developed for geophysical surveys, impact piling and explosive use in the marine environment.

The guidelines as a minimum are intended to reduce the potential for injury to negligible levels by recommending methods to ensure no marine mammals are within a prescribed zone before a noisy activity begins.

Where appropriate, consideration should also be given to noise abatement methods, such as bubble curtains or coffer dams. Proposed mitigation methods should be tailored to the operations concerned, taking into account the timing, location and potential risks to the species of concern. 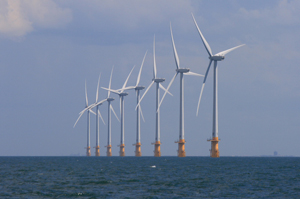 The guidelines do not directly deal with disturbance. However, the measures contained may also assist in reducing potential disturbance.

The guidelines represent the best-available evidence at the time of publication. Industry constantly strives to improve the technology they use and reduce their impacts to the environment. Some techniques previously considered ineffective in UK waters when a set of guidelines were published may therefore become effective and cost-effective with time. Such techniques should be considered alongside those detailed in the guidelines and applied as appropriate.

The guidelines recommend the use of marine mammal observers (MMOs) and passive acoustic monitoring (PAM) to conduct pre-operation searches for marine mammals. For some operations, active mitigation methods are appropriate (e.g. acoustic deterrent devices (ADDs)) to deter animals away from the mitigation zone prior to the activity starting. For others, noise abatement systems will be required. Each of these methods have limitations, therefore a combination is often required.

The primary role of marine mammal observers (MMOs) is to ensure that no marine mammals are observed within a specified area before a noisy activity begins, thus reducing the potential for injury to negligible levels. The size of this area is determined at the application stage, following review of an impact assessment undertaken by the applicant. MMOs also provide operators advice regarding compliance with the JNCC guidelines. 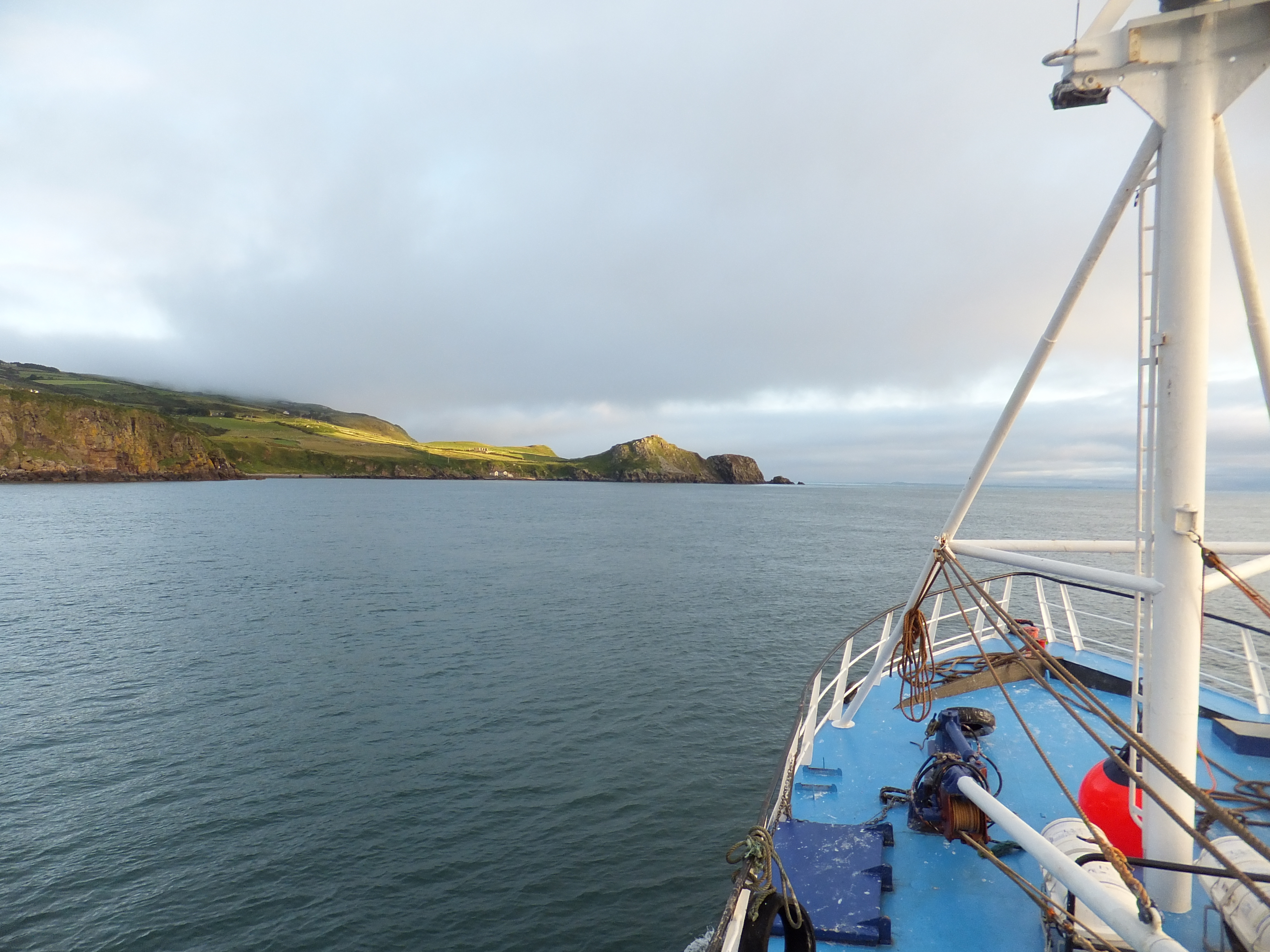 MMOs receive formal training through attendance on a JNCC-approved Marine Mammal Observer Course. JNCC recognises MMO courses that explain the rationale and requirements of the JNCC guidelines so that upon completion, attendees know how to perform the duties of a marine mammal observer.

The courses provide background information that is relevant to the understanding of the guidelines and duties of the MMO and cover a wide range of aspects including, but not restricted to: the types of activities undertaken offshore, how to interpret and provide advice on the guidelines and how to complete the standard JNCC recording forms. It is a prerequisite that all MMOs working in the UK Continental Shelf (UKCS) have attended a JNCC-approved course.

The Marine Mammal Observer Association (MMOA) is a non-profit membership-based global affiliation, which represents and supports professional marine mammal observers who implement mitigation measures to protect marine life during industry operations. JNCC contributed towards the start-up costs of the MMOA, recognising that such an association would be valuable to MMOs. Note, the MMOA does not represent the views of JNCC.

JNCC is currently reviewing MMO course content requirements and how training courses are approved.  Further information will be published once available.

The use of passive acoustic monitoring (PAM) was incorporated into the JNCC guidelines as a form of mitigation in 2002 and has been increasingly used as a tool for monitoring marine mammals during night time and poor visibility conditions. Again, the aim is to ensure no marine mammals are within a specified area prior to the activity commencing.

Specialist trained PAM operatives are needed to set up and deploy the equipment and to interpret detected sounds. It is acknowledged that current PAM systems are not suitable for detecting seals and some cetaceans (e.g. baleen whales) and have limited range for others (e.g. harbour porpoise). However, PAM is considered a viable monitoring method during periods when effective visual monitoring is not possible (Stone 2015b). 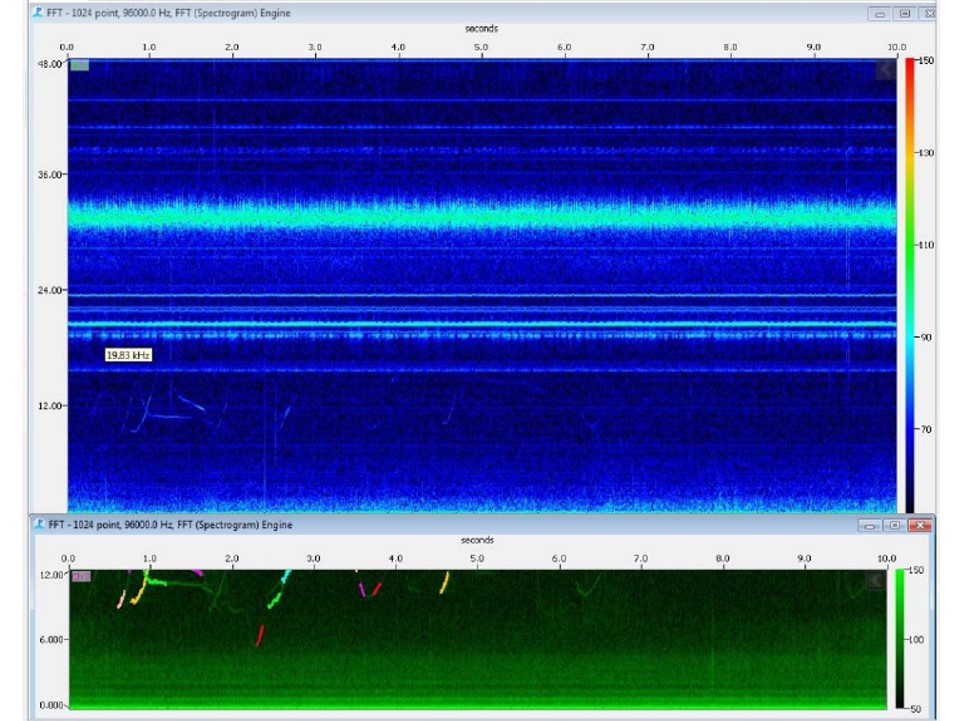 When a PAM system is used, it should achieve as much as possible of the following:

PAM courses are available from specialist companies. MMO courses may also include a basic introduction to acoustic detection techniques and some of the JNCC-approved MMO course providers provide dedicated PAM courses. Note that the JNCC does not approve any PAM courses.

JNCC is currently working with industry and other stakeholders to develop guidance for PAM use as a mitigation tool, to help standardise its use and improve effectiveness. Further information will be published once available.

The aim of acoustic deterrent devices (ADDs) is to exclude animals from a specified area prior to a noisy activity commencing. Unlike the previous methods which passively detect animals within the mitigation zone and wait for them to move away, this method actively encourages them to leave, usually by generating a sound that will cause a disturbance response but at a level lower than the planned activity.

When planning to use ADDs, the potential effectiveness of the chosen device is key. Evidence must be available to ensure the device is able to deter the key species of concern and to the distances required. To reduce the introduction of unnecessary noise into the marine environment, the equipment should be switched off once the louder noise source is activated. To date, ADDs have been used as part of mitigation protocols for piling and unexploded ordinance clearance operations.

Noise abatement methods are those that reduce the propagation of noise through the marine environment. Depending on the specifics of the proposed activity, such systems may need to be considered before the operations commence.

A number of systems are currently commercially available, having been shown to be effective for piling operations and consideration is now being given to their use for UXO clearance. A commonly used technique is bubble curtains, where compressed air is pumped through hoses laid on the seafloor. These have been proven effective for piling operations (reviewed in OSPAR 2016, Verfuss et al. 2019, Merchant & Robinson 2019). However, water depth and prevailing currents limit their use. Bubble curtains are sometimes used when clearing UXOs in shallow waters although evidence regarding effectiveness for this is very limited and has only been tested in waters less than 30 m deep (Verfuss et al. 2019). An alternative to bubble curtains are resonators. Newer to the market, they consist of an array of resonating units deployed around the sound source to absorb the emitted sound. As the units are fixed in the water column they are not as sensitive to currents as bubble curtains (Verfuss et al. 2019).

When operations are planned for shallow waters, isolating casings or cofferdams may be an option. This involves enclosing the activity in a structure and pumping the water out. The dam design will vary with water depth and may be single or double walled, and again have been used to reduce noise from piling (Verfuss et al. 2019).

The UK Department for Environment, Food and Rural Affairs (Defra), together with JNCC, the Department for Business, Energy and Industrial Strategy (BEIS), the Marine Management Organisation (MMO), Natural England (NE), the Offshore Petroleum Regulator for Environment and Decommissioning (OPRED) and the Department of Agriculture, Environment and Rural Affairs (DAERA), published a joint interim statement in November 2021, which sets out our position on the use of lower noise alternatives to high order detonation of unexploded ordnance (UXOs) within the marine environment.

JNCC is currently preparing interim guidance on mitigation options which will be published before the end of 2021. A public consultation will be undertaken on the guidance once expected evidence to support discussions is published.

OSPAR inventory of measures to mitigate the emission and environmental noise (2016 update).

If you have any queries regarding interpreting/implementing the guidelines, please contact us.