JNCC launched its new Terrestrial Biodiversity Evidence Strategy in January 2020. It replaces the surveillance strategy that has guided JNCC’s environmental monitoring since 2009.

The new strategy sets out future direction for species surveillance, applying evidence from new technologies such as Earth Observation in our work, and developing new techniques to process and analyse data to make the outputs as useful as possible.

The JNCC Ecosystems Analysis team has worked with government, the devolved administrations, the country nature conservation bodies and two independent academics to develop the new strategy, which focuses on the types of terrestrial biodiversity evidence that we want to generate, and the ways we will work to achieve this.

As part of the review process JNCC evaluated the value of its current terrestrial evidence programme. This was summarised in a paper to JNCC’s Joint Committee in 2018.

We aim to collect data and undertake analyses that allow us to better understand biodiversity at a range of scales, from species’ genetics right up to ecosystem functioning. Our objectives are categorised into four activity areas: 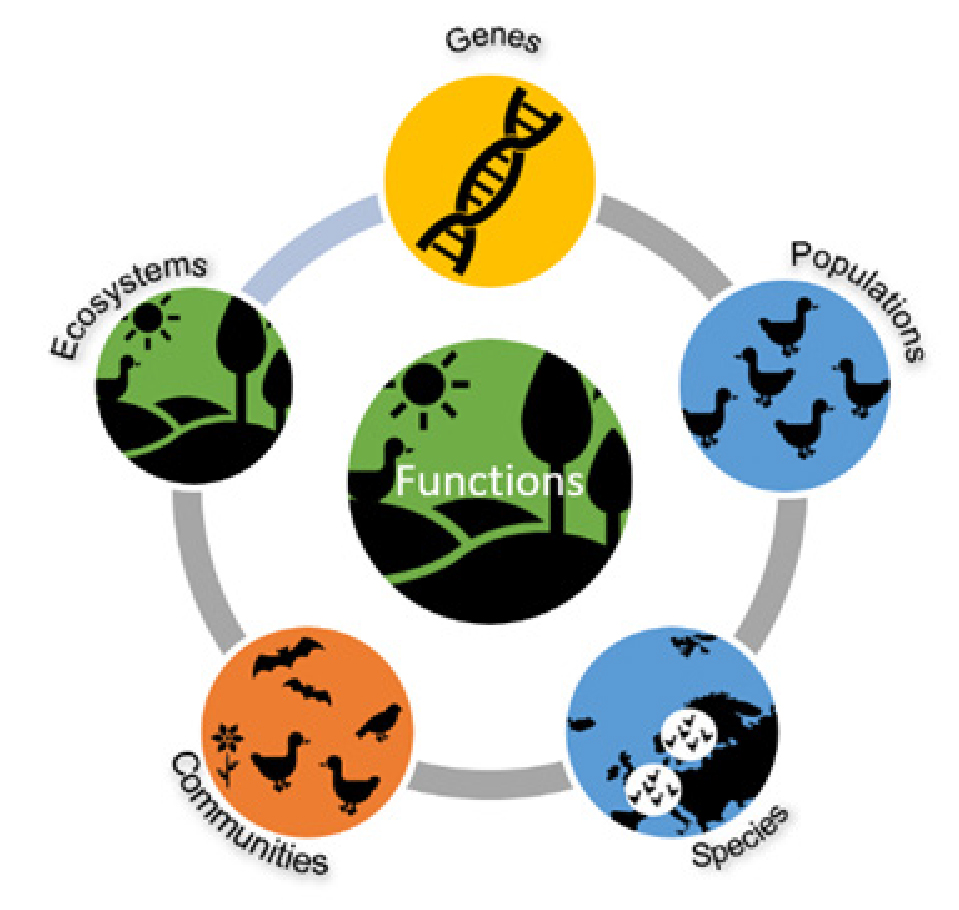 Ecosystem functions are a central concept in the new 2020 Strategy. We need to understand the structure underpinning ecosystem functionality: genes, populations, species and communities.

JNCC contributes to a range of species surveillance schemes to produce a body of evidence on the status of biodiversity that underpins a wide range of conservation and policy applications. These schemes are highly valued by UK countries, and there is support for them to continue. However, we recognise that the schemes may need to evolve to continue to support current and emerging evidence requirements for nature conservation. Periodic reviews of the schemes, both cross-scheme such as the review carried out for the strategy development, and within individual schemes, ensure that we continue to produce the right balance of evidence to meet current and anticipated needs.

The strategy that guided JNCC’s Terrestrial Evidence Surveillance since 2009 has now been superseded by the 2020 Strategy. Below, we give, for reference, an overview of the 2009 strategy and links to relevant documents. Please note that some of the information is now out of date.

The UK Terrestrial Biodiversity Surveillance Strategy 2009 was developed by JNCC as a framework to ensure that there is sufficient surveillance in place to meet three objectives:

1. To measure status and trends of a framework of habitats, species, and their ecosystem functions
2. To detect the impacts of pressures affecting biodiversity
3. To assess the status of species and habitats covered by legislation and policy.

The strategy was comprised of a series of reviews and tools to help all who plan surveillance activities or use results from surveillance schemes:

Together, these documents analyse the requirements for surveillance, identify gaps and make recommendations on how to fill them, and discuss the scale at which to deploy surveillance or research. Importantly, they also present a tool on how to apply a risk-based approach in order to design and target specific additional surveillance to complement the large-scale national schemes.

The 2009 strategy was applied in many contexts to meet specific requirements. Among these are:

Whilst in many cases, specific requirements and our approaches have moved on, documents relating to the development of these applications are available via on The National Archives website for reference.