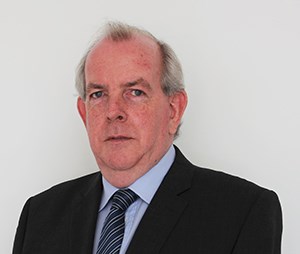 Professor Colin Galbraith was Deputy Chair of JNCC between 2017 and 2020, and has been an Independent Member of the Joint Committee since 2014. Colin is Director of his own environmental consultancy, dealing with a range of environmental issues in Scotland and at the global level. Until early 2010, Colin was the Director of Policy and Advice in Scottish Natural Heritage (now NatureScot). In this capacity he was the principal adviser on policy, scientific and technical matters for the organisation for over 12 years.

Colin has been involved with the United Nations for a number of years and has made contributions through the Convention on Migratory Species and to the Millennium Ecosystem Assessment in particular. This work involved Colin in high-profile nature conservation issues, including the development of international agreements on the conservation of birds of prey across Europe and the Middle East and separately, on the conservation of Albatross. More recently, his work has focussed on reviewing the impact of global climate change on protected areas and on the ecology of threatened species. Colin has been the Chairman and the Vice Chairman of the Scientific Council of the Convention on Migratory Species (CMS) and is presently the Appointed Councillor on Climate Change issues for the Convention.