The Central Fladen MPA lies within the Fladen Grounds, a large area of mud in the northern North Sea. The mud habitat is characterised by feather-like soft corals called sea-pens, and burrows made by crustaceans such as mud shrimp and the Norway lobster.

The Central Fladen MPA lies in a large area of mud in the northern North Sea – the Fladen Grounds. The churning of the mud by burrowing animals releases nutrients and helps mix oxygen into the mud, supporting a wide diversity of life. The southern area of the MPA includes examples of the nationally scarce tall sea-pen, which can grow up to 2 m in height. The MPA has also been shaped to include a tunnel valley on the seafloor representative of an area of geomorphological interest known as the 'Fladen Deeps'. It is thought these valleys were created by erosion of meltwater under an ice sheet in former ice ages.

Specific information on the conservation objectives relating to this site is provided in the Conservation advice section.

The acquisition of new data may result in updates to our knowledge on feature presence and extent within this site. The most up-to-date information is reflected on the map on this page and in JNCC’s MPA mapper, and the evidence underpinning this can be viewed in the Evidence section.

The diagram below is a summary of the key milestones involved in the selection and designation of the Central Fladen Nature Conservation MPA. More detail can be found within the Relevant Documentation section.

The Relevant Documentation is available on JNCC's Resource Hub.

Information for this site summary was adapted from the Central Fladen Site Summary Document and incorporates any further information gathered since this document was produced. Please refer to this document in the Relevant Documentation section for further details and information sources.

The Central Fladen MPA lies within the Fladen Grounds, a large area of mud in the northern North Sea named after the German word "fladen" meaning "flat cake". The MPA includes a particular type of mud habitat that is characterised by feather-like soft corals called sea-pens, and the burrows made by crustaceans such as mud shrimp and the Norway lobster (Nephrops norvegicus, also known as the Dublin Bay prawn or langoustine). Burrowed mud is an interesting and important marine habitat that supports a rich community of animals. Burrowing species can be found living within the mud itself. Their burrowing activity plays an important role in supporting life in the area; the constant churning of the mud releases nutrients and helps to mix oxygen into the mud. Longer-lasting burrows also provide shelter to other marine life from the starfish and sea urchins that patrol the muddy surface looking for food. Burrowed mud is considered by OSPAR to be a Threatened and/or Declining habitat across the North-east Atlantic.

Several different types of sea-pen can be found anchored in the muddy seabed within the MPA. The southern area includes examples of the nationally uncommon tall sea-pen (Funiculina quadrangularis), which can grow up to 2 m in height. Brittlestars use the tall sea-pen as an elevated perch to filter food from passing currents.

The MPA has also been shaped to include an unusual tunnel valley, representing part of a Key Geodiversity Area known as the Fladen Deeps or 'The Holes'. It is thought these valleys were created by erosion of meltwater under an ice sheet in former ice ages. In places, these tunnel-valleys can stretch for 40 km and be 4 km wide. The Fladen Deeps are considered scientifically important since they hold potentially valuable evidence about past changes in the extent and geometry of the last British-Irish Ice Sheet. Further detail on the evidence for this Nature Conservation MPA can be found in the Evidence section.

Site location:  Co-ordinates for this Nature Conservation MPA can be found in the Designation Order listed in the Relevant Documentation section.

Site depth range:  The minimum depth within this Nature Conservation MPA is 100 m below sea-level, whereas the 'Fladen Deeps' sub-glacial tunnel-valley that runs through the MPA is the deepest area of the site and reaches depths of 280 m below sea-level.

Site boundary description: The MPA boundary was drawn to include survey records of burrowed mud habitat, mostly including areas where the distribution of the sea-pen species meet or exceed the average density of sea-pens from across the wider Fladen Grounds based on available survey data. The southern part of the MPA boundary was drawn to include one of the only areas where tall sea-pen have been recorded in Scottish offshore waters. The MPA also includes the entirety of a sub-glacial tunnel-valley geomorphological feature representative of the Fladen Deeps Key Geodiversity Area.

There are a range of data that underpin this Nature Conservation MPA. The full overview of the data used to support site identification along with information on confidence in feature presence and extent is available in the Central Fladen Nature Conservation MPA Data Confidence Assessment. JNCC will be adding relevant survey data for this MPA to the its MPA mapper in due course.

Some of the data for this Nature Conservation MPA have been collected through JNCC-funded or collaborative surveys and some through other means. Data from these surveys provide direct evidence confirming the presence of the protected features within the site.

References for further supporting scientific literature consulted during the identification of this site can be found in the Central Fladen Data Confidence Assessment document.

If you are aware of any additional data or relevant scientific papers for this site not listed here or in the Relevant Documentation section please contact us.

These Conservation Advice documents are available on JNCC's Resource Hub.

The sub-sections that follow provide an account of the progress of Central Fladen Nature Conservation MPA around each of these four stages in the MPA management cycle.

A research and development monitoring survey of the MPA took place in 2014. The survey included a study to collect data over a gradient of surface abrasion pressure to better understand the relationship between surface abrasion and sea-pens and burrowing megafauna communities. In addition, the survey also established the baseline condition of the protected features of the MPA. Further information is provided in the Monitoring section and the survey cruise report (Murray et al. 2016).

No long-term condition monitoring data is available to determine whether the MPA is moving towards or has reached its conservation objectives. Further information will be provided under the Assessment section as it becomes available.

A research and development monitoring survey of the Central Fladen Nature Conservation MPA was undertaken in March 2014. The survey included a study to collect data over a gradient of surface abrasion which could be used to better understand the relationship between surface abrasion and the sea-pens and burrowing megafauna habitat. For MPAs, data and evidence collected from monitoring activities will aim to:

UK State of the Seas Reports & Marine Strategy Part one

Charting Progress 2 (CP2), published in 2010, is a comprehensive report on the state of the UK's seas. It was published by the UK Marine Monitoring and Assessment Strategy (UKMMAS) community, which has over 40 member organisations. The report was based on a robust, peer-reviewed evidence base and describes progress made since the publication of Charting Progress in 2005. It provides key findings from UK marine research and monitoring for use by policy makers and others, as we move towards the UK vision of clean, healthy, safe, productive and biologically diverse oceans and seas. The results from CP2 were incorporated into the UK Marine Strategy Part One: UK Initial Assessment and Good Environmental Status, published in 2012 under the UK Marine Strategy Regulations (2010). The UK Marine Strategy Part One (2012) also set out the UK’s definition for Good Environmental Status, which could be achieved by meeting a series of environmental targets. JNCC worked with other organisations in the UKMMAS community to develop a series of indicators that were used to assess progress against each of the targets and to report on progress made since 2012. The results of these assessments have been published in the UK Marine Strategy Part One: UK Updated Assessment and Good Environmental Status in 2019. Detailed evidence used to make these assessments is available via the Marine Online Assessment Tool (MOAT). It also sets out proposals for updated high-level objectives, targets and operational targets to be used for 2018 to 2024, which build on those set in 2012.

Many of the assessments in the updated UK Marine Strategy Part one (2019) were developed and produced in collaboration with other contracting Parties of the OSPAR Convention for the Protection of the North East Atlantic. In 2017, OSPAR published its Intermediate Assessment (IA2017). The IA 2017 further develops OSPAR’s understanding of the marine environment of the North-East Atlantic and its current status. It demonstrates OSPAR’s progress towards realising its vision of a clean, healthy and biologically diverse North-East Atlantic, used sustainably. IA2017 follows on from OSPAR’s previous holistic assessment, the OSPAR Quality Status Report in 2010 (QSR2010) and in 2000 (QSR2000). 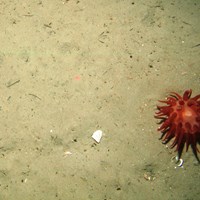 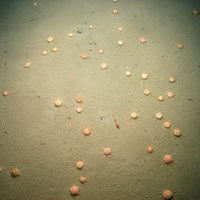 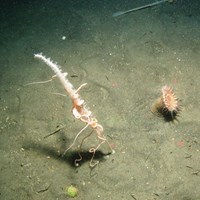 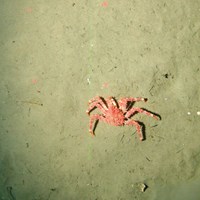 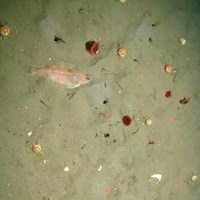 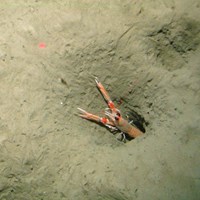 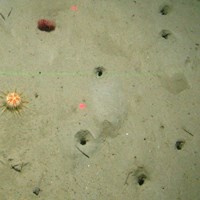 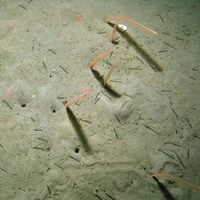 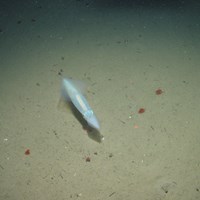 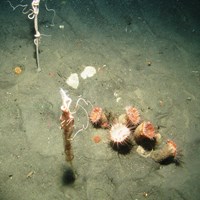 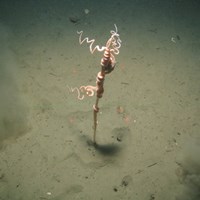 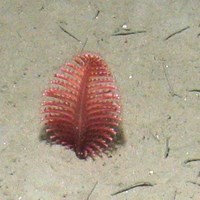