Clean Air Day is a campaign led by Global Action Plan to;

Global Action Plan and their partners Opinium commission a Clean Air Public Insight Tracker to gauge public awareness, attitudes, and behaviour changes in relation to air quality. In June 2021, 2000 adults were asked a series of questions which included questions related to air quality and nature.

JNCC is an official supporter of Clean Air Day. The information on this page provides a brief background to air pollution and the effects it can have on nature.

This short video provides an introduction to sources of air pollution, the effects on nature and ways to reduce your contribution.

What is air pollution?

Air pollution is the presence (or introduction) of a substance in the air which has harmful effects.

Nitrogen oxides (NOx) and ammonia (NH3) are pollutants which come from sources such as transport, power stations, industry, farm fertilisers and livestock. These gases are the reactive forms of nitrogen and are different from the non-reactive nitrogen gas (N2) that we breath and is widely present in the atmosphere. These pollutants have effects on human health and nature. 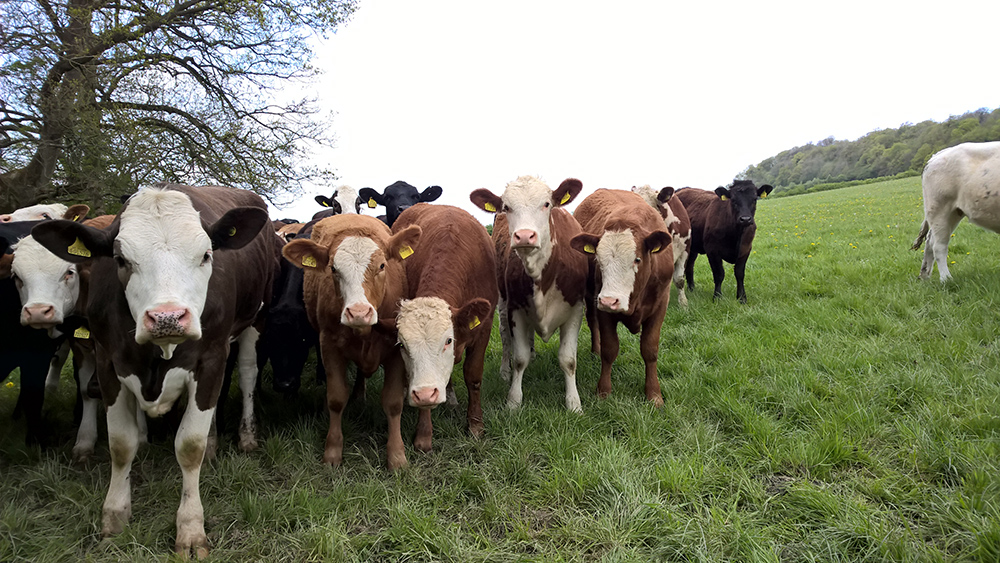 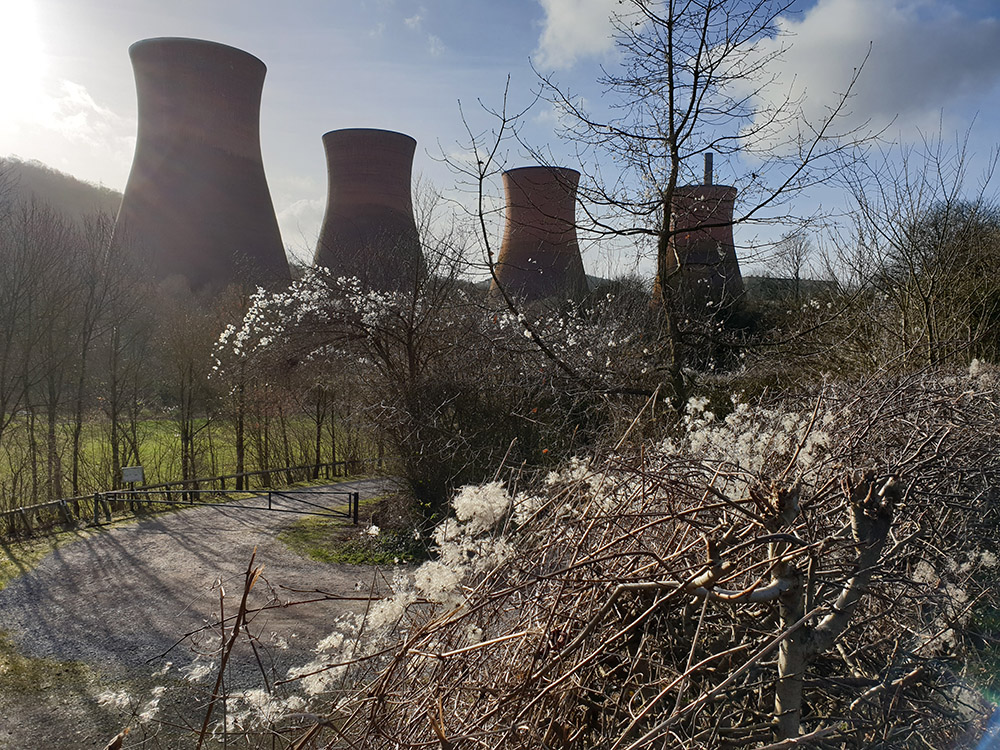 Sulphur dioxide (SO2) has historically been a huge contributor to air pollution. SO2 is emitted from coal burning and contributed to the London smog in 1952. Due to declines in coal burning and restrictions on sulphur content of other fuels emissions have fallen by 97% since 1970. SO2 reacts with NOx and NH3 in the atmosphere to form Particulate Matter, which has serious health implications.

Particulate matter and ozone occur when pollutants react together in the air and are known as secondary pollutants.

How does air pollution affect nature?

Nitrogen (either NOx or NH3) which has been emitted is deposited back into the environment either directly from the air (dry deposition) or in rain (wet deposition). The effects of these pollutants on human health are well documented and public awareness is increasing.

However, air pollution can also have a devastating effect on biodiversity. There are several ways these pollutants can affect habitats. High NH3 concentration in the air can cause necrosis (cell death), growth reduction or stimulation and increased frost sensitivity in plants. Nitrogen deposition can alter the soil pH and increase nutrient availability. 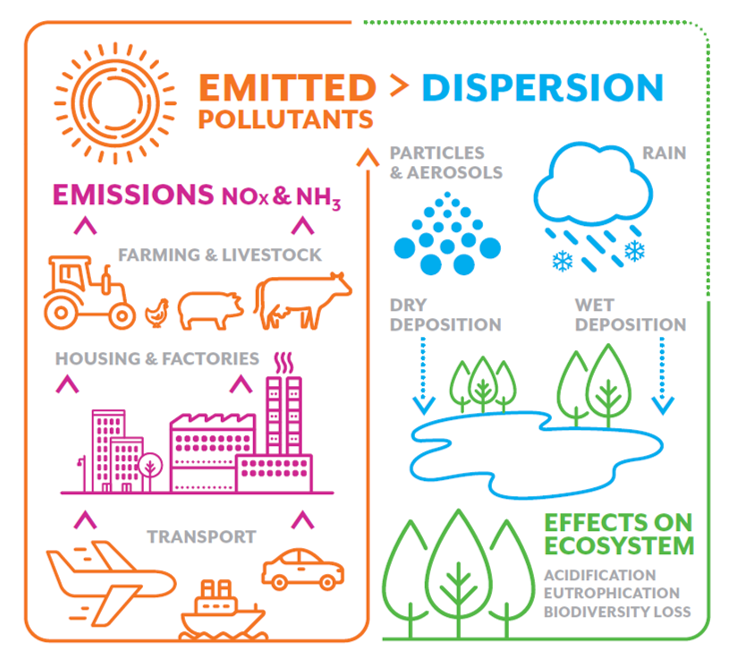 Visual effects of air pollution on habitats and species

Increasing nitrogen in habitats such as bogs and calcareous grasslands, which have adapted to low nutrient availability, means that some quick growing, nitrogen loving plant species such as nettles (Urtica dioica) and cleavers (Galium aparine) can thrive. Most wildflowers, such as harebell (Campanula rotundifolia), fairy flax (Linum catharticum) and bird’s-foot trefoil (Lotus corniculatus) require low or medium nitrogen levels. When these nitrogen sensitive species are out competed, they may be lost altogether from that habitat reducing biodiversity.

Lichens and bryophytes are particularly sensitive to air pollution as they get their nutrients from the air, rather than roots. This makes them good indicator species and can be useful for studying changes to the environment.

A useful tool to learn more about lichens can be found on the APIS webpage. 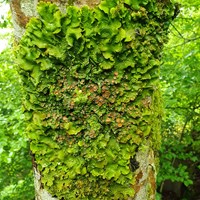 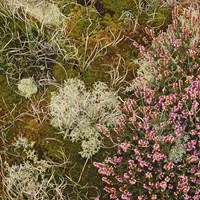