East of Haig Fras MCZ is located approximately 67 km west of Land’s End, in the Celtic Sea. The seabed is heterogeneous, with small patches of habitat blending into each other.

Situated in the Celtic sea, East of Haig Fras MCZ is approximately 67 km west of Land’s End. The seabed is heterogeneous, with small patches of habitat blending into each other. Ridges composed of a mosaic of coarse and mixed subtidal sediments run through the site. These sediment ridges are topped with rocky features and are separated by mobile sand or mud.

The rocky cobbles and boulders provide habitat for hydroids and bryozoans along with other species, such as sponges, cup corals and squat lobsters.

The sediments are home to a wide diversity of worm species. Pea urchins, small sea urchins which only reach 1 cm in diameter, are one of the most common species living in the sediments. Juvenile brittlestars and cushion stars have also been recorded.

The diagram below is a summary of the key milestones involved in the selection and designation of East of Haig Fras MCZ. More detail can be found in the Relevant Documentation section below and in Annex 3 of JNCC's Advice on offshore Marine Conservation Zones considered for consultation in 2015.

The documents referred to below, and any other historical documents relating to East of Haig Fras MCZ, were produced during the selection and designation process and therefore may be out of date. This Site Information Centre is the most up-to-date source of information for this MPA, and will reflect any additional information gathered since these documents were produced. Further information about the Marine Conservation Zone site selection process and historic MCZ advice is available on JNCC's MCZ webpages.

The information for this site summary was adapted from documents listed in the Evidence section.

East of Haig Fras MCZ is located approximately 67 km north-west of Land’s End, in the Celtic Sea. The site has an area of around 400 km2 and is situated on a plateau on the UK continental shelf. The seabed in the MCZ is heterogeneous, with small patches of habitat blending into each other. Ridges composed of a mosaic of subtidal coarse and mixed sediments run north-east to south-west through the site. These sediment ridges are topped with rocky features, such as boulders and cobbles. Various sponges, anemones and hydroids have been observed on the coarser sediments and rocky habitats. The sediment ridges are separated by mobile sand or mud, with sandy habitat being more prevalent in the north west of the site. Pea urchins (Echinocyamus pusillus) and brittlestars are some of the most common species living in and on the sediment. East of Haig Fras MCZ is also home to a wide diversity of polychaete worm species. Several molluscs have also been recorded on multiple occasions. Analyses of benthic community data collected during offshore surveys have indicated that there are seven biotopes present within the East of Haig Fras MCZ.

The MCZ currently has seven designated features; the broad-scale habitat features High energy circalittoral rock, Moderate energy circalittoral rock, Subtidal sand, Subtidal mud and a mosaic of Subtidal coarse sediment and Subtidal mixed sediments, the habitat of conservation importance Sea-pen and burrowing megafauna communities and the species of conservation importance Fan mussel (Atrina fragilis). The East of Haig Fras MCZ was included in the Finding Sanctuary Regional MCZ Project recommendations to help meet targets regarding Moderate energy circalittoral rock, Subtidal coarse sediment and Subtidal sand broad-scale habitats. Since the site was first recommended, three dedicated surveys have visited East of Haig Fras MCZ. Surveys have confirmed the presence of the three originally recommended broad-scale habitats. Subtidal mixed sediments and Subtidal mud were also identified during the surveys. The spatial extent of the Subtidal coarse sediment and Subtidal mixed sediments could not be delineated separately, and therefore they have been designated together as a habitat mosaic. Evidence of High energy circalittoral rock were provided by an MB0120 survey in 2013, and in 2015 a JNCC monitoring survey also found evidence of the species feature of conservation interest (FOCI) Fan mussel (Atrina fragilis) and the habitat FOCI Sea-pen and burrowing megafauna communities. these have been designated as additional features within the MCZ. Further detail on the evidence for this MCZ can be found in the Evidence section.

Site boundary description: The site is a simple polygon with boundary lines running north to south and east to west in line with the guidance provided by the MCZ project Ecological Network Guidance (ENG). The north of the site overlaps with the Trevose Box seasonal fishing closure. The boundary of the East of Haig Fras MCZ has not changed since it was recommended by the Finding Sanctuary Regional MCZ Project in 2011.

Some of the data for this MCZ have been collected through JNCC-funded or collaborative surveys. Data from these surveys provide direct evidence confirming the presence of the protected features within the site.

If you are aware of any additional information not referred to in any of the documents listed on the Evidence section or the annexes of the MCZ advice documents, please contact us.

The following table provides an overview of the components of the conservation advice, and provides hyperlinks to each of the products for this MPA. These elements together form JNCC’s formal conservation advice for this site and should be read in conjunction with each other. This advice reflects the most up-to-date evidence held by JNCC (correct as of January 2021).

The sub-sections that follow provide an account of the progress of East of Haig Fras MCZ around each of these four stages in the MPA management cycle:

A monitoring survey of the MPA took place in 2015. The survey established the baseline conditions of the protected features of the MPA. Further information is provided in the Monitoring section and the survey cruise report (Calloway, 2015).

4. Assessment of progression towards conservation objectives

In May 2015, a monitoring survey was undertaken within East of Haig Fras MCZ aboard the R/V Cefas Endeavour. The aim of the survey was to collect the first dataset in a monitoring time-series, enabling a better understanding of long-term patterns in benthic fauna. 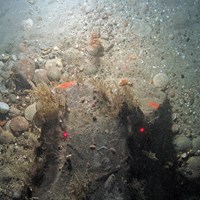 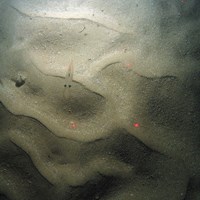 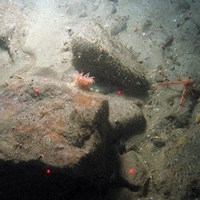 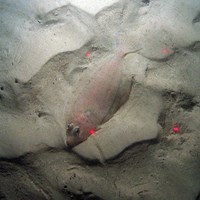 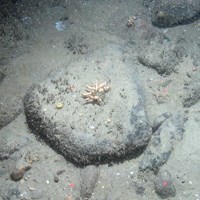 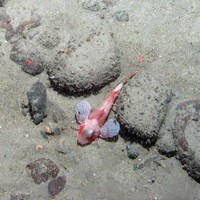 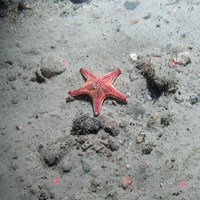 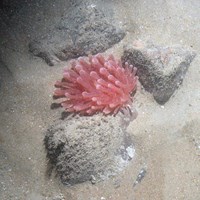 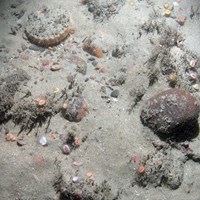 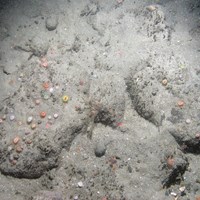 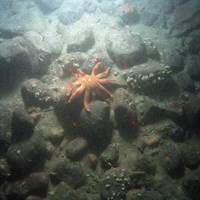