In addition to the annual monitoring scheme (SMP), JNCC leads, in association with other SMP partners, on the development and completion of periodic breeding seabird censuses across Britain and Ireland. To date, there have been three breeding seabird censuses completed for Britain and Ireland: Operation Seafarer, Seabird Colony Register and Seabird 2000. Surveys from the fourth, Seabirds Count, will be completed by the end of the 2020 breeding season.

Regular counts at a sample of colonies provide robust trends, which help highlight problems, but we also require entire population censuses to add context and help to identify why changes might be happening. Additionally, conducting periodic censuses allow us to test the accuracy of SMP annual monitoring trends and they also give us the opportunity to understand how breeding seabird populations might be changing on a spatial scale. This is especially important when considering inland and urban breeding species, which are rarely monitored annually.

Seabirds Count was developed by the SMP partnership and is co-ordinated by JNCC. This census will provide essential information on our internationally important breeding seabird populations. Such knowledge will deliver greater insight into the relationships between our seabird populations and the pressures they face, ultimately allowing mitigation of their effects.

The census is no small task – with over 10,000 sites and 25 species to survey, we need all the help we can get. If you think you could spare some time to survey a site (or a few!), please get in touch via email. You can also follow the progress of the census by following the @JNCC_UKseabirds account on Twitter and by using #SeabirdsCount.

Update May 2020: This census was due to be completed at the end of the 2020 breeding season, but due to the COVID-19 situation the period of the census has been extended, and the final survey year will now be 2021. 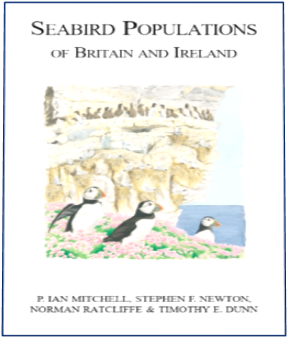 The executive summary of Seabird 2000's results, along with copies of the distribution maps and tables of regional population estimates derived from Seabird 2000 results, are available on JNCC's Resource Hub.

Note: Data that partners to the SMP consider to be sensitive have been removed from the above datasets. These relate to Leach's storm-petrel, roseate tern, little tern, Mediterranean gull and, for Ireland, great skua. Data requests for these species will be considered by SMP on a case by case basis, taking into consideration species protection needs. 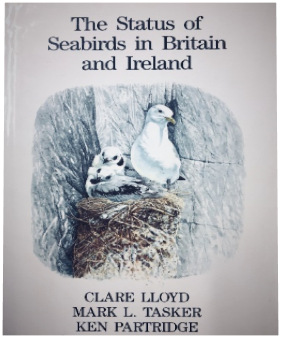 The results of the SCR were summarised in Lloyd, C., Tasker, M.L. & Partridge K. 1991. The status of seabirds in Britain and Ireland. Poyser, London.

The Seabird Colony Register (SCR) Census of breeding seabirds in Britain and Ireland was instigated by NCC (now JNCC) and the Seabird Group and was conducted between 1985 and 1988, although some data were collected in previous or subsequent years as part of specialist surveys (e.g. of black guillemots, terns and skuas). During the SCR Census around 3,300 coastal sites and 700 inland sites in Britain and Ireland were recorded on the SCR Database. The results of the SCR were summarised in Lloyd, C., Tasker, M.L. & Partridge K. 1991. The status of seabirds in Britian and Ireland. Poyser, London.

The SCR census provided the second assessment of nationwide trends in seabird numbers. By deploying then recently developed survey techniques it provided more reliable baseline population estimates for common guillemots, razorbills and black guillemots, against which future surveys could be compared. It allowed the national importance of individual colonies to be assessed in both Britain and Ireland, thereby enabling classification of Special Protection Areas. As in Operation Seafarer, the SCR Census did not attempt to survey storm-petrels and Manx Shearwaters. 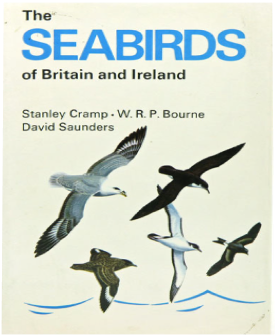 The results of Operation Seafarer are published in: Cramp, S., Bourne, W.R.P. & Sanders, D. 1974. The Seabirds of Britain and Ireland. Collins, London.

Operation Seafarer was a census conducted in 1969–1970 by the then recently formed Seabird Group. Over 1000 surveyors took part, co-ordinated by David Saunders, guided by a Census Committee chaired by James Fisher, who sadly died in 1969 before the project was completed.  Coverage was confined to coastal colonies but was thought to be complete apart from gaps in Foula, Shetland and in Caithness.

The data from Operation Seafarer was entered on to the SCR database and summarised by Lloyd, C., Tasker, M.L. & Partridge, K. 1991. The status of seabirds in Britian and Ireland. Poyser, London in order to compare directly with the results of the SCR Census and to take account of changing administrative boundaries between the two censuses.

Note: Data that partners to the SMP consider to be sensitive have been removed from the above datasets. These relate to Leach's storm-petrel, roseate tern, little tern, Mediterranean gull and, for Ireland, great skua. Data requests for these species will be considered by SMP on a case by case basis, taking into consideration species protection needs.