West of Walney MCZ is a joint inshore and offshore site situated 8 km west of Walney Island, on the Cumbrian coast of north-west England.

Situated 8 km west of Walney Island, West of Walney MCZ is a joint inshore and offshore site on the Cumbrian coast of north-west England. Natural England is the other statutory nature conservation body responsible for the site within 12 nm. 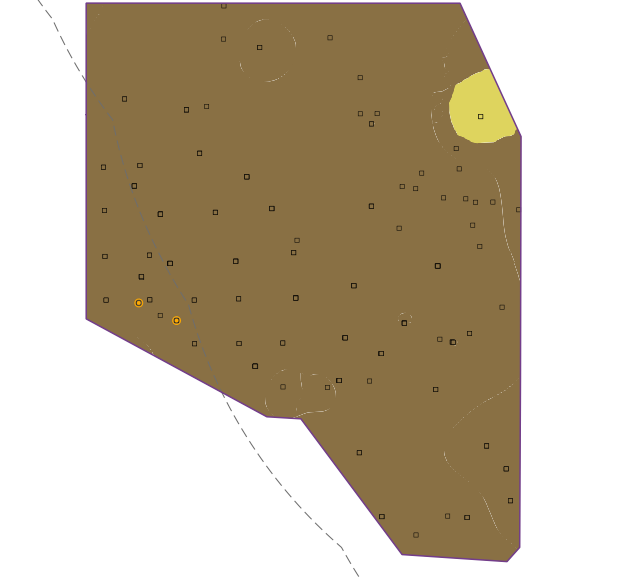 The acquisition of new data may result in updates to our knowledge on feature presence and extent within this site. The most up-to-date information is reflected on the map at the top of this section and in JNCC's MPA mapper, with the underpinning evidence available within the Evidence section.

The diagram below is a summary of the key milestones involved in the selection and designation of West of Walney MCZ.  More detail can be found within the Relevant Documentation section.

The seabed in the MCZ contains two broad-scale habitats (BSH); subtidal mud and subtidal sand. A particular type of mud habitat known as Sea-pen and burrowing megafauna communities occurs here, characterised by the presence of sea-pens (feather-like soft corals) and burrowing animals such as mud shrimp and the Norway lobster Nephrops norvegicus. The burrowing activity of these animals provides an important ecological function in the bioturbation (mixing) of the sediments, this allows oxygen to penetrate deeper and increases the structural complexity of the habitat. Sea-pen and burrowing megafauna communities are a habitat Feature of Conservation Importance (FOCI) and an OSPAR Threatened and/or Declining habitat in the north east Atlantic and specifically in the Irish Sea.

This mud habitat is of high commercial fishing interest as it is the supporting habitat of the Norway lobster Nephrops norvegicus. The Nephrops population in the eastern Irish Sea is smaller (in number) than the western Irish Sea, and the two populations are not thought to be connected by larval dispersal. Historical survey data, conducted off Sellafield, Cumbria, found the slender sea-pen Virgularia mirabilis associated with particular sediment types. Fewer V. mirabilis have been recorded in more recent surveys, conducted further south, in the vicinity of the West of Walney site; though similar sediment habitats occur here. Further detail on the evidence for this MCZ can be found in the Evidence section.

Site location:  Co-ordinates for this MCZ can be found in the Designation Order listed in the Relevant Documentation section.

Site boundary description: The southern boundary of West of Walney MCZ follows the border of two windfarm licence areas and also includes a smaller windfarm area within the boundary. The boundary of West of Walney MCZ was developed by the Irish Seas Conservation Zones Regional MCZ Project and has not changed since it was recommended by the Regional MCZ Project in 2011. The final boundary for this site aims to balance the impact on the commercial fishing industry, whilst contributing to the MCZ Project Ecological Network Guidance targets.

The full overview of the data used to support site identification, along with information on confidence in feature presence and extent is available in Natural England's Tranche Two pre- and post-consultation advice to Defra. JNCC will be adding relevant survey data for this MPA to its MPA mapper in due course.

Data for this MCZ have been gathered from existing data sources such as research surveys and survey undertaken as part of licence conditions for the development of windfarms. Data from these surveys provide direct evidence confirming the presence of the protected features within the site.

References for further supporting scientific literature consulted during the identification of this site can be found in Natural England's 2015 pre- and post-consultation scientific advice to Defra. Please be aware that although these sources contain information in relation to this MPA, they do not necessarily represent the views of JNCC.

If you are aware of any additional data or relevant scientific papers for this site not listed in the relevant documentation, please contact us.

The formal advice reflects the most up-to-date evidence held by both Natural England and JNCC and must be taken into consideration when undertaking an assessment of the effects which a planned activity can have on the site’s integrity and when making decisions regarding management and consenting of marine activities in or near the site. For more information on JNCC’s approach to conservation advice, please see our 'Conserving MPAs' webpage. Information can also be found on the gov.uk website.

JNCC considers 'well-managed' to mean the timely progress of an MPA around the 'MPA management cycle. This involves:

The sub-sections that follow provide an account of the progress of West of Walney MCZ around each of these four stages in the MPA management cycle:

Site condition monitoring surveys are yet to take place within this MPA. Further information will be made available in the Monitoring section.

4. Assessment of Progress towards conservation objectives

Conservation Assessment Reports
Under Section 124 of the UK Marine & Coastal Access Act (2009), JNCC is required to report to Ministers every six years on the degree to which the conservation objectives of the protected features of Marine Conservation Zones (MCZs) have been achieved. Every six years from 2012, the Marine Act requires a report setting out how MCZs have performed against their conservation objectives, as well as the effectiveness of the network as a whole.