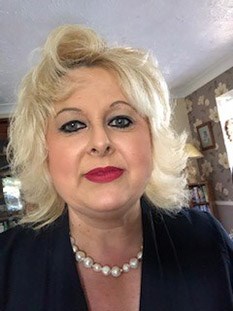 What is your role in JNCC? I am the Governance Manager in JNCC and my role supports and advises the JNCC Chairman, Deputy Chairman and Chief Executive in ensuring the effectiveness of non- executive groups and the executive management boards and maintaining and ensuring compliance with the corporate governance framework. My post works with and reports directly to the CEO, relaying messages and ideas from other senior executive leaders to improve the internal functions and processes of the organisation.

Have you had any other roles at JNCC? Yes, prior to joining my current team, I worked in the Finance & Planning Team in various roles over the years and the Business Unit as the Deputy Business Manager.

What do you like the most about working at JNCC? The culture and supportive working environment.  JNCC is often referred to as ‘a family’.  Over the years I have supported and been supported by colleagues.  This has been hugely beneficial and promoted a real team spirit which has seen the organisation through difficult times.

What’s been your greatest achievement at JNCC? There have many of the years.  I am particularly proud of setting up the Audit & Risk Assurance Committee (ARAC) back in 2005 when JNCC became an employer in its own right and a company limited by guarantee.  I have attended all 64 meetings of ARAC and have been honoured to serve the four ARAC Chairs over that time.

Careers
Back to top