Anton Dohrn Seamount is an extinct volcano situated 230 km west of the Outer Hebrides, to the west of Scotland. The seamount hosts a range of Annex I reef sub-types, including bedrock reef in the upper regions of the seamount and stony reefs on the lower flanks. In addition, there are biogenic cold-water coral reefs present along the edge of the seamount cliffs and on smaller volcanic structures called parasitic cones at the base of the seamount. The bedrock reefs, and the stony reefs further down the flanks, support a diverse range of species including sea cucumbers, brittlestars, corals and sponges. At the bottom of the flanks of the seamount, the stony reef gives way to finer gravels, which are colonised by many large single-celled organisms, known as xenophyophores. The biogenic reefs are interspersed with dense aggregations of corals typical in places of the OSPAR Threatened and/or Declining habitat known as 'coral gardens', as well as sponges, sea urchins and sea lilies.

The acquisition of new data may result in updates to our knowledge on feature presence and extent within this site. The most up-to-date information is reflected on the map in this section and in JNCC’s MPA mapper, and the evidence underpinning this can be viewed in the Evidence section below.

The diagram below is a summary of the key milestones involved in the selection and designation of the Anton Dohrn Seamount SAC. More detail can be found in the Relevant Documentation section below.

June 2011
Site formally recommended to the UK Government as a draft SAC.
May 2012
Formal public consultation.
September 2012
Site submitted to the European Commission. Site becomes a candidate SAC.
November 2013
Site is approved by the European Commission as a Site of Community Interest (SCI).
September 2017
Site is formally designated as a Special Area of Conservation (SAC) by UK Government.

Anton Dohrn Seamount is located to the west of Scotland, about 200 km from the Outer Hebrides in the Rockall Trough, a deep-water channel in the North-east Atlantic. The seamount is a former volcano, roughly circular in shape, and was last active 40–70 million years ago. The top is fairly uniform in depth (at 1,100 m) and is surrounded by steep cliff slopes extending down towards a moat at ~2,400 m water depth. The seamount is approximately 1,800 m high from the deepest point of the moat to the crest of the feature, and about 40 km in diameter. On the lower flanks, parasitic cones occur that were formed when volcanic material erupted from lateral fractures rather than the central vent.

The site contains a series of bedrock, stony and biogenic reefs – sub-types of Annex I reef. The upper regions of the seamount flanks are bedrock reef grading to stony reef on the lower flanks. These habitats support assemblages of sea cucumbers, brittlestars, cup corals and sponges. At the base of the seamount flanks, bedrock and stony reef outcrop on ridges, extending radially from the centre of the seamount, and on parasitic cones. In places, both these features support dense aggregations of sea whips (or sea fans) and other corals, in communities known as 'coral gardens' – an OSPAR Threatened and/or Declining habitat. Also present is biogenic reef formed from Lophelia pertusa and Solenosmilia variabilis cold-water corals. This structurally complex habitat supports a diverse and unique range of fauna, including black corals, sea whips, soft corals and stony corals.

Within the Rockall Trough and Bank Regional Sea, where Anton Dohrn Seamount is situated, there are three other SACs designated for the presence of Annex I reef: Darwin Mounds SAC, North West Rockall Bank SAC and East Rockall Bank SAC. Anton Dohrn Seamount SAC provides the only example of a mixture of stony, bedrock and biogenic reef sub-types on a seamount. Recommendation of all these sites within the same Regional Sea is justified partly because of the differences between the reef types at each site (structure and associated communities) to ensure the variation of types is represented in the network of SACs, and partly to ensure sufficient proportion of the total UK resource of reef is included within the UK SAC network. Further detail on the evidence for this SAC can be found in the Evidence section.

Site boundary description: The boundary is a relatively simple polygon enclosing the minimum area necessary to ensure protection of the Annex I habitat. The cSAC boundary has been drawn in a ring shape that incorporates the Annex I habitats on the cliff edge, seamount flanks, radial ridges and parasitic cones. It excludes the central summit of the seamount, which comprises mostly sands and gravels, in order to reduce the area of 'non-Annex I' feature within the site boundary. As bottom trawling could threaten the Annex I reef feature, the site boundary includes a margin to allow for the mobile gear on the seabed being some distance from the vessel. The Annex I features at the foot of the seamount slope are situated at a maximum of 2,000 m water depth. Assuming a ration of 2:1 fishing warp length to depth on the continental shelf, the outer extent of the boundary is defined to include a margin of approximately 4,000 m from the reef features. The Annex I features at the summit edge are located at approximately 1,000 m water depth. The inner extent of the boundary, therefore, includes a margin of approximately 2,000 m from the reef feature.

There are a range of data that underpin this SAC. The full overview of the data used to support site identification along with information on confidence in feature presence and extent is available in the Anton Dohrn Seamount SAC Selection Assessment Document. JNCC will be adding relevant survey data for this MPA to its MPA mapper in due course.

Some of the data for this SAC have been collected through JNCC-funded or collaborative surveys and some through other means. Data from these surveys provide direct evidence confirming the presence of the protected features within the site.

References for further supporting scientific literature consulted during the identification of this site can be found in the Selection Assessment Document. Please be aware that although these sources contain information in relation to this MPA, they do not necessarily represent the views of JNCC.

If you are aware of any additional information not referred to in the Relevant Documentation section or here, please contact us.

This site forms part of the networks of MPAs across the UK and contributes to international MPA networks such as that of the North-east Atlantic under OSPAR. As the UK is a signatory to the OSPAR Commission, JNCC is committed to ensuring that the OSPAR MPA network is well-managed.

The sub-sections that follow provide an account of the progress of Anton Dohrn Seamount SAC around each of the four stages in the MPA management cycle.

Fishing vessel monitoring data is used to monitor compliance with the management measure in place.

Site condition monitoring surveys are yet to take place within this MPA.

Further information will be made available within the Monitoring section in due course. 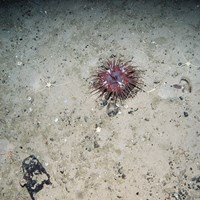 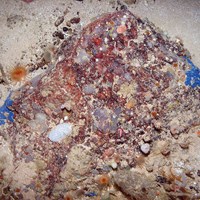 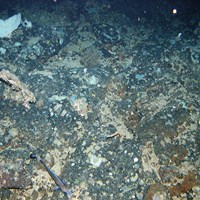 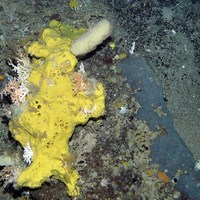 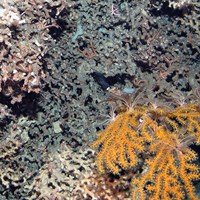 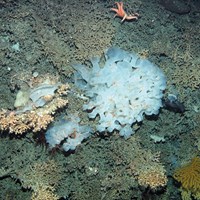 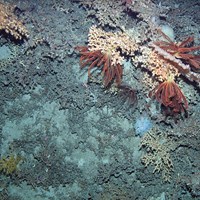 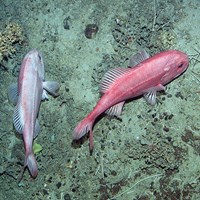 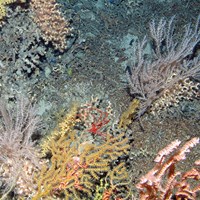 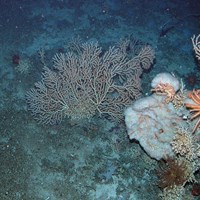 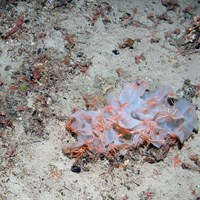 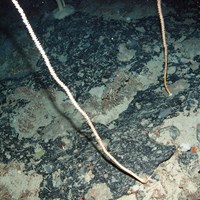