The Dogger Bank is the largest sandbank in UK waters and extends into both Dutch and German waters. It is home to a variety of species which live both on and within the sandy sediment.

The Dogger Bank is the largest sandbank in UK waters and is home to a variety of species which live both on and within the sandy sediment.  These species include segmented polychaete worms, shrimp-like amphipods, and small clams which burrow into the sand. Animals like hermit crabs, flatfish and starfish also live on top of the sandbank. The location of Dogger Bank in the open sea means that it is exposed to waves, which in turn prevents the shallower parts of the bank having any vegetation growing on it. Long thin silver sandeels can be found on the sides of the sandbank and are food for many seabirds, whales, dolphins and fish such as cod. The Dogger Bank MPA overlaps with a Special Area of Conservation (SAC) that has been identified for the protection of Harbour porpoise – the Southern North Sea SAC. For more information on this MPA, please see the Southern North Sea MPA Site Information Centre.

Legislation behind the designation: EU Habitats Directive 1992 transposed into UK law by the The Conservation of Offshore Marine Habitats and Species Regulations 2017 (as amended)

The acquisition of new data may result in updates to our knowledge on feature presence and extent within this site. The most up to date information are reflected on the map on this page and in JNCC’s MPA mapper and the evidence underpinning this can be viewed in the Evidence section.

The diagram below is a summary of the key milestones involved in the selection and designation of Dogger Bank. More detail can be found in the Relevant Documentation section.

January 2008
Site formally recommended to the UK Government as a draft Special Area of Conservation (SAC).
August 2010
Formal public consultation. Site becomes a possible SAC.
August 2011
Submitted to the European Commission. The Habitats Regulations now formally apply to this MPA.
December 2012
Site is approved by the European Commission as a Site of Community Importance (SCI).
September 2017
Site is formally designated as a Special Area of Conservation (SAC) by the UK Government.

The information for this site summary was adapted from documents listed in the Relevant Documentation section and incorporates further information gathered since these documents were produced.

The Dogger Bank is the largest single continuous expanse of shallow sandbank in UK waters which was formed by glacial processes before being submerged through sea-level rise. It is located in the Southern North Sea, approximately 150 km  north-east of the Humber Estuary.  The Dogger Bank region is an important location for the North Sea harbour porpoise population and as such, they are included as a non-qualifying feature. Grey and common seals are known to visit the bank and are also included as non-qualifying features at the site.

The southern area of the bank is covered by water seldom deeper than 20 m and extends within the SAC in UK waters down to 35–40 m deep. The bank structure slopes down to greater than 50 m deep in UK, Dutch and German waters. Its location in the open sea exposes the bank to substantial wave energy and prevents the colonisation of the sand by vegetation on the shallower parts of the bank. Sediments range from fine sands containing many shell fragments on top of the bank to muddy sands at greater depths supporting invertebrate communities, characterised by polychaete worms, amphipods and small clams within the sediment, and hermit crabs, flatfish, starfish and brittlestars on the seabed. Sandeels are an important prey resource found at the bank supporting a variety of species including fish, seabirds and cetacean.

Occasional, discrete areas of coarser sediments (including pebbles) were recorded on the bank, dominated by the soft coral Alcyonium digitatum known as dead man's fingers, the bryozoan sea chervil Alcyonidium diaphanum and serpulid worms. The SAC in UK waters adjoins the Dutch and German Dogger Bank SACs. Further detail on the evidence for this SAC can be found on the Evidence section.

Site location: Co-ordinates for this SAC can be found in the Standard Data Form listed in the previous Relevant Documentation section.

Site depth range: The Dogger Bank ranges in depth from 13 m to 58 m below sea-level.

Site boundary description: The proposed boundary is a simple shape enclosing the minimum area necessary to ensure protection of the sandbank feature. Dogger Bank gradually extends from sandy sediments in less than 20 m, to deeper water with the greatest slope change around the 45–50 m depth contour. To determine this extent in deeper water, JNCC has used information on the biological communities as well as physical information to assess which areas are part of the feature and host its assemblages, and subsequently, the boundary was defined to include the shallow biological communities.

The full overview of the range of data used to support site identification along with information on confidence in feature presence and extent is available in the Dogger Bank SAC Selection Assessment Document.

Some of the data have been collected through JNCC-funded or collaborative surveys. Data from these surveys provide direct evidence confirming the presence of the protected features within the site.

Please be aware that although these sources contain information which is of interest in relation to this MPA, they do not necessarily represent the views of JNCC:

If you are aware of any additional information not referred to in the Relevant Documentation section or above, please contact us.

The following table provides an overview of the components of the conservation advice and provides hyperlinks to each of the products for this MPA.  These elements together form JNCC’s formal conservation advice for this site and should be read in conjunction with each other.  This updated advice replaces the previous Regulation 18 package for the site.  This advice reflects the most up-to-date evidence held by JNCC (correct as of December 2022).

JNCC considers well-managed to mean the timely progress of an MPA around the 'MPA management cycle. This involves:

The sub-sections that follow provide an account of the progress of Dogger Bank SAC around each of the four stages in the MPA management cycle.

A baseline condition monitoring survey was undertaken in 2014 (reported in Eggleton et al. 2017). Further information is provided in the Monitoring section.

No long-term condition monitoring data are available to determine whether the MPA is moving towards or has reached its conservation objectives. The site has a 'recover' conservation objective based on the findings of a vulnerability assessment (i.e. exposure to pressures from ongoing activities to which the protected feature of the site is considered sensitive). Monitoring data would improve our confidence in this assessment.

A research and development monitoring survey of the Dogger Bank SAC was conducted in May/June 2014. The aims of the survey were to:

Details of the cruise report and data analysis report will be provided in the Evidence section. 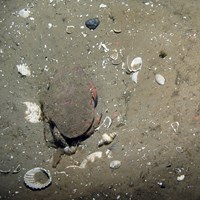 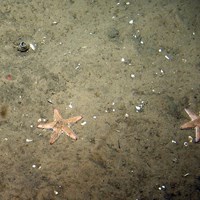 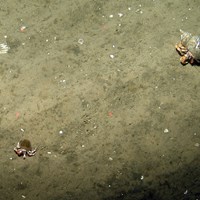 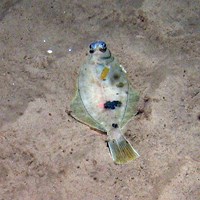 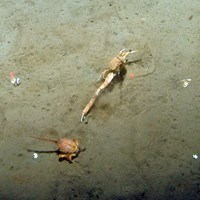 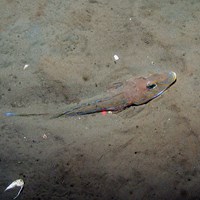 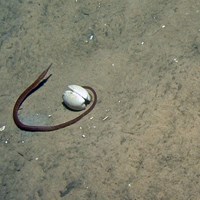 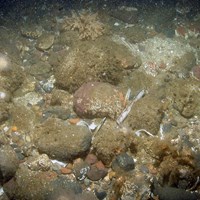 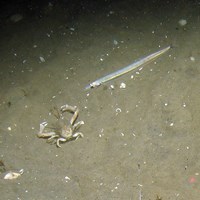 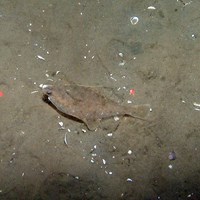 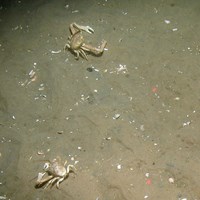 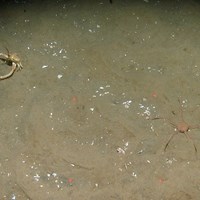