East Rockall Bank SAC is situated 320 km west of the Outer Hebrides, to the west of Scotland. The site runs along the eastern edge of Rockall Bank, which forms a steep escarpment descending into the Rockall Trough at approximately 1,000–1,500 m deep

East Rockall Bank SAC is situated 320 km west of the Outer Hebrides, to the west of Scotland. The site runs along the eastern edge of Rockall Bank, which forms a steep escarpment descending into the Rockall Trough at approximately 1,000–1,500 m deep.

The site includes protection for all three types of Annex I reef habitat: bedrock reef, stony reef and biogenic reef. The slope of the eastern flank of Rockall Bank has a ledge of exposed bedrock running along its length that supports bedrock reef. The reef changes to stony reef further down the slope. Iceberg ploughmarks occur on the eastern edge of the summit of Rockall Bank, where stony reef and coral rubble have been observed. The north of the site contains parasitic cones that are characterised by cold water biogenic reef.

Specific information on the conservation objectives relating to this site is provided in the Conservation advice section.

The acquisition of new data may result in updates to our knowledge on feature presence and extent within this site. The most up-to-date information is reflected on the map in this section and in JNCC’s MPA mapper, and the evidence underpinning this can be viewed in the Evidence section.

The diagram below is a summary of the key milestones involved in the selection and designation of East Rockall Bank SAC. More detail can be found within the Relevant Documentation section.

December 2011
Site formally recommended to the UK Government as a draft Special Area of Conservation (SAC).
August 2012
Impact Assessment and report on public consultation submitted. Site becomes a possible SAC.
October 2012
Submitted to the European Commission. The Habitats Regulations now formally apply to this MPA.
November 2013
Site is approved by the European Commission as a Site of Community Importance (SCI).
September 2017
Site is formally designated as a Special Area of Conservation (SAC) by UK Government.

The relevant documentation for this site is available on JNCC's Resource Hub.

East Rockall Bank SAC is situated 320 km west of the Outer Hebrides, to the west of Scotland. The site runs along the eastern edge of a geological feature known as Rockall Bank. Rockall Bank is orientated north-east to south-west and is approximately 450 km long and 200 km wide. The eastern flank of Rockall Bank forms a scalloped and faulted scarp slope, composed of areas of exposed bedrock and mixed substrates of boulders, cobbles and pebbles. The slope drops steeply into the Rockall Trough at approximately 1,000–1,500 m deep.

The site was selected as a SAC because it contains all three types of Annex I reef habitat: bedrock reef, stony reef and biogenic reef. The slope of the eastern flank of Rockall Bank has a ledge of exposed bedrock running along the length that supports bedrock reef, consisting of lobose sponges, encrusting sponges and assemblages of lace (stylasterid) corals. The bedrock reef changes to stony reef further down the slope, composed of greater abundances of sponges and fewer lace corals.

Fine sand with iceberg ploughmarks occur on the eastern edge of the summit of Rockall Bank. Here, stony reef supports erect bryozoans, axinellid sponges and encrusting sponges. Lophelia pertusa has historically been recorded and recent surveys have observed clumps of Lophelia associated with cobble rubble. Running along the length of the ridge at a depth of 300 m is a habitat containing Saddle oysters, brachiopods, Munida, serpulids, Stylasterids, Cidaris and Lobose sponges. In the northern region of the site, encrusting, globose and lamellate sponges, caryophyllids, Stichopathes and ascidians occur between 950 m and 1,100 m. There are parasitic cones to the north of the site that are characterised by live Lophelia pertusa biogenic reef, supporting a diverse array of antipatharian and gorgonian corals. Two canyons cut into the bank which contain xenophyophores, decapod shrimps, and in the narrower canyon, caryophyllid corals on the floor and sea pens on the canyon flanks. Sediment in-filled dead Lophelia reef framework is found associated with small mound features on the flanks of Rockall Bank. The OSPAR Threatened and/or Declining habitats ‘deep-sea sponge aggregations’ and ‘coral gardens’ are both known to occur in this site.

Site boundary description: The boundary is a polygon enclosing the minimum area necessary to ensure protection of the Annex I habitat. As bottom trawling could threaten the reef, the boundary includes a margin to allow for gear to be some distance from the vessel at the surface. Assuming a ratio of 2:1 fishing warp length to depth on the continental shelf, on the western side of the site, where the reef is 400–600 m deep, the boundary includes a margin of 800–1,200 m from the reef. The SAC boundary on the eastern side is 2,000–2,400 m from the reef, relative to the associated depths of between 1,000 m to 1,200 m. To the south, Annex I features extend beyond the UK/Ireland agreement for area delimitation in the Hatton-Rockall section of the continental shelf. Therefore, the southern boundary of the site runs along the edge of UK/Ireland continental shelf boundary.

The full overview of the range of data used to support site identification, along with information on confidence in feature presence and extent, is available in the East Rockall Bank MPA SAC Selection Assessment Document. JNCC will be adding relevant survey data for this MPA to the Interactive MPA Mapper in due course. Some of the data for this SAC has been collected through JNCC-funded or collaborative surveys and some through other means. Data from these surveys provide direct evidence confirming the presence of the protected features within the site.

References for further supporting scientific literature consulted during the identification of this site can be found in the East Rockall Bank MPA SAC Selection Assessment. Please be aware that although these sources contain information in relation to this MPA, they do not necessarily represent the views of JNCC.

The sub-sections that follow provide an account of the progress of East Rockall Bank SAC around each of the four stages in the MPA management cycle:

Fishing vessel monitoring data are collected within the site. Site condition monitoring surveys are yet to take place within this MPA. Further information will be made available within the Monitoring section in due course. 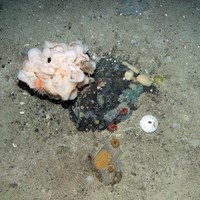 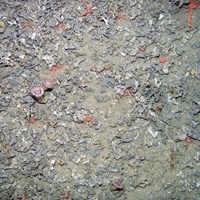 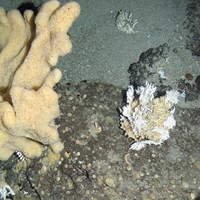 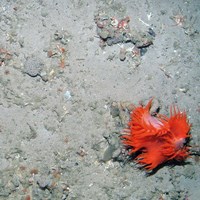 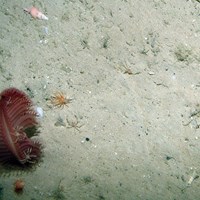 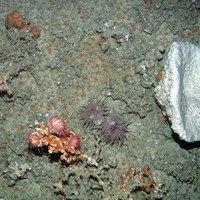 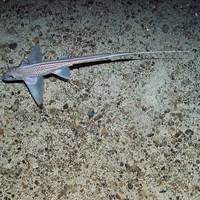 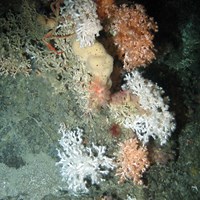 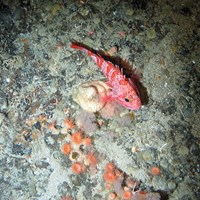 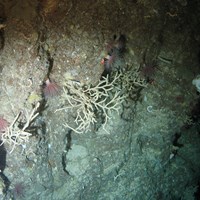 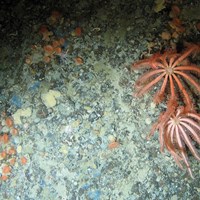 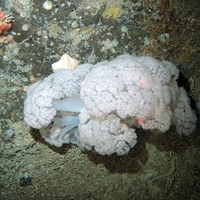