Haig Fras is an isolated underwater granite rock outcrop in the Celtic Sea, 95 km north-west of the Isles of Scilly.

Located 95 km north-west of the Isles of Scilly, Haig Fras is an isolated underwater granite rock outcrop in the Celtic Sea.

It is the only recorded substantial area of rocky reef in the Celtic Sea beyond the coastal margin and inshore waters. It supports a variety of fauna ranging from jewel anemones and solitary corals near the peak of the outcrop to encrusting sponges, crinoids and ross coral colonies towards the base of the rock (where boulders surround its edge). The area of reef feature within the site boundary is approximately 175 km2. The rock type is granite, mostly smooth with occasional fissures, approximately 45 km long and in one area rises to a peak which lies just 38 m beneath the sea surface. The surrounding seabed is approximately 118 m deep, with small dispersed patches of rocky outcropping within the surrounding circalittoral sand and coarse sediment.

The diagram below is a summary of the key milestones involved in the selection and designation of Haig Fras SAC. More detail can be found in the Relevant Documentation section below.

The documents referred to below and any other historical documents relating to Haig Fras SAC were produced during the selection and designation process and therefore may be out of date. This Site Information Centre is the most up-to-date source of information for this MPA, and will reflect any additional information gathered since these documents were produced.

These resources are available on JNCC's Resource hub.

An amendment to the site boundary for the Haig Fras MPA was undertaken in 2015.  More information, and the original documents for the site, can be found in the SAC consultation archive (available on The National Archives website).

The granite rock exposure known as Haig Fras measures about 45 km by 15 km and protrudes above the surrounding sediment seabed, with the main shoal pinnacle rising to within 38 m of the sea surface. A survey undertaken in 2000 over the main platform and the shoal showed that distinct biotopes were associated with both the rock habitat and the sediment 'pockets' which occur on the platform area. Around the base of the shoal, boulders and cobbles partially embedded in sediment provide a complex habitat.

On the uppermost parts of the Haig Fras shoal, the exposed bedrock is dominated by jewel anemones Corynactis viridis but also supports encrusting sponges and bryozoans, as well as mobile fauna such as the sea urchin Echinus esculentus and gastropod mollusc Calliostoma spp. At the shallowest depth surveyed (approximately 52 m), small patches of encrusting pink coralline algae were observed, indicating that the peak of the shoal protrudes into the photic zone. At depths of between 60 m and 70 m, the shoal bedrock was slightly covered in silt and was not widely colonised except by cup corals Caryophyllia smithii (which are abundant) and a few mobile species such as the urchin Echinus esculentus, Calliostoma spp. and crinoids (Antedon spp.). High numbers of cup corals were also seen on parts of the rock platform away from the shoal. At the base of the shoal, the rock was covered with a thin layer of fine calcareous sand and mud and supported cup sponges, erect branching sponges, Caryophyllia smithii and crinoids. The boulders and cobbles around the base of the shoal supported encrusting sponges, Caryophyllia smithii and crinoids in low numbers; brittlestars, squat lobster (Munida spp.) and the ross coral Pentapora fascialis were also present. Further detail on the evidence for this SAC can be found in the Evidence section.

When the site was designated in 2008, the boundary enclosed the predicted extent of Annex I reef to the best of our knowledge at the time, drawn following the JNCC SAC boundary guidance. However, analysis of data from the 2011 and 2012 surveys of the site improved our knowledge of the presence and extent of the reef feature. JNCC concluded that the existing boundary wasn’t appropriate to protect the full extent of the feature.

In 2015 the UK submitted a revised boundary that enclosed the full extent of the reef feature, as indicated by the available evidence. The boundary is a polygon enclosing the minimum area necessary to ensure protection of the Annex I habitat. Co-ordinate points have been positioned as close to the edge of the interest feature as possible, rather than being located at the nearest whole degree or minute point. The boundary includes a margin to allow for mobile fishing gear on the seabed being at some distance from the location of a vessel at the sea surface. The maximum depth of water around the feature is 110 m; therefore, assuming a ratio of 3:1 fishing warp length to depth, the proposed boundary is defined to include a margin of approximately 330 m from the bedrock reef.

For a full overview of the data used to support site identification, along with information on confidence in feature presence and extent see the Haig Fras MPA SAC Selection Assessment Document.

Data for this SAC have been primarily collected through JNCC-funded or collaborative surveys with other data obtained through other data sourcing. The data gathered provide direct evidence confirming the presence of the protected features within the site. Additional survey data will be added to JNCC's MPA mapper in due course.

References for further supporting scientific literature consulted during the identification of this site can be found in the Selection Assessment Document. Please be aware that although these sources contain information of relevance to this MPA, they do not necessarily represent the views of JNCC.

The sub-sections that follow provide an account of the progress of Haig Fras SAC around each of the four stages in the MPA management cycle.

A baseline condition monitoring survey was undertaken in 2015 (reported in Callaway, 2015). Full results from this survey will be provided in the Monitoring section in due course.

In May 2015, a monitoring survey was undertaken within Haig Fras SAC aboard the R/V Cefas Endeavour. The aim of the survey was to collect the first dataset in a monitoring time-series, enabling a better understanding of long-term patterns in benthic fauna. Links to the cruise report and monitoring report will be provided here when they have been published. 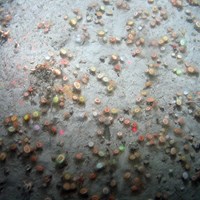 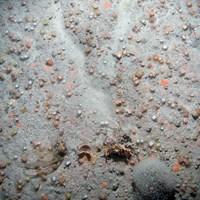 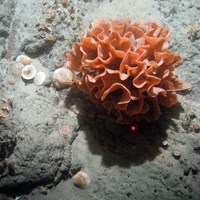 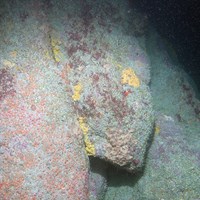 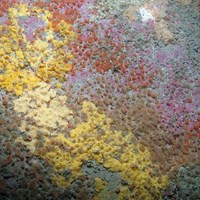 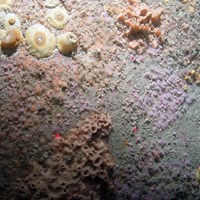 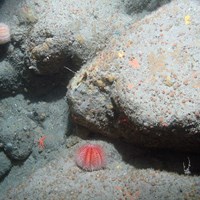 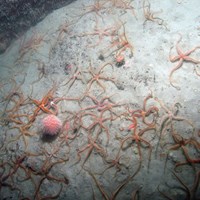 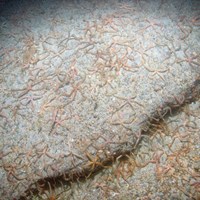 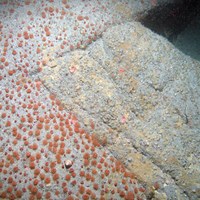