Rockall Bank is an offshore bank situated in the North-East Atlantic, approximately 400 km west of the Outer Hebrides.

Situated in the North-East Atlantic, approximately 400 km west of the Outer Hebrides, Rockall Bank is an offshore bank and is potentially one of the most extensive areas for biogenic reef formed by cold-water coral species in UK waters.

The north-west area of the Rockall Bank has been included as a SAC for two types of Annex I reef habitat – biogenic and stony. Interspersed with the stony reef throughout the site are sizeable patches of Annex I biogenic reef comprised primarily of Lophelia pertusa and associated species such as Madrepora oculata (another cold-water coral species).  Notable species include erect bryozoa Reteporella sp., solitary corals Caryophyllia sp., serpulid worms and many types of sponges including globose, tubular, cup and encrusting varieties. The site includes iceberg ploughmarks, which are a type of Annex I stony reef habitat that consists of lines of cobbles and boulders with a sediment-filled furrow between. The associated biological communities are dependent on this mixed sediment and stony substratum, rather than on the underlying bedrock.

The diagram below is a summary of the key milestones involved in the selection and designation of North West Rockall Bank SAC.  More detail can be found in the Relevant Documentation section below.

Rockall Bank is an offshore bank situated in the North-East Atlantic, approximately 400 km west of the Outer Hebrides. It is oriented north-east to the south-west and is approximately 450 km in length and 200 km wide. Depth ranges from over 1,000 m at the base of the Rockall Bank, to 200 m across much of the top. The centre of the bank breaks the surface forming a rocky island outcrop around 25 m wide and 20 m high. On account of their sheer size, oceanic banks such as Rockall cause deviation of ocean currents along their flanks. This facilitates the colonisation of habitat-forming corals which depend on a consistent supply of current-transported organic matter and zooplankton. Rockall Bank is potentially one of the most extensive sites for biogenic reef formed by cold-water coral species in UK waters.

Included within areas of stony reef are sizeable patches of Annex I biogenic reef comprising the cold-water coral Lophelia pertusa and associated species, including erect sponges and the pencil urchin (Cidaris cidaris). Stands of Madrepora oculata, another cold-water coral species, are also present. Evidence from the 1970s suggests that areas of Lophelia pertusa reef up to 30 m in diameter existed on the North West Rockall Bank, though more recent surveys (albeit at different locations in this region) have recorded reefs smaller in size. Cobble rubble surrounds the living reefs in many places and supports fauna such as squat lobsters (Munida rugosa), sea cucumbers (Parastichopus tremulus) and the bluemouth red fish (Helicolenus dactylopterus).

The north-west area of the Rockall Bank is covered in a layer of fine sediment, gravel, cobbles and boulders of glacial origin, some of which is shaped into characteristic 'ploughmark' formations by icebergs during the last ice age. These iceberg ploughmarks are a variant of Annex I stony reef and consist of lines of cobbles and boulders with a sediment-filled furrow between. The associated biological communities are dependent on this mixed sediment and stony substratum, rather than on the underlying bedrock. Notable species include sessile fauna such as erect bryozoa (e.g. Reteporella sp.), solitary corals (e.g. Caryophyllia sp.), serpulid worms and many types of sponge including globose, tubular, cup and encrusting varieties.

Further detail on the evidence for this SAC can be found in the Evidence section.

Site boundary description: The boundary is a relatively simple polygon enclosing the minimum area necessary to ensure the protection of the Annex I habitats and is defined by whole degrees, minutes and seconds. The boundary definition guidelines indicate that where interest features are at risk from bottom trawling, a margin should be included in the proposed boundary to ensure their protection. It is notable that the site boundary follows, for the most part, the boundary of the Common Fisheries Policy and Animals (Amendment etc.) (EU Exit) Regulations 2019 and North-East Atlantic Fisheries Commission demersal fishing closure (NEAFC Recommendation IX-2008) (see Activities and Management section for updates).

The full overview of the data used to support site identification, along with information on confidence in feature presence and extent is available in the North West Rockall Bank MPA SAC Selection Assessment Document.  JNCC will be adding relevant survey data for this MPA to its MPA mapper in due course.

Some of the data for this SAC have been collected through JNCC-funded or collaborative surveys and some through other means.  Data from these surveys provide direct evidence confirming the presence of the protected features within the site.

References for further supporting scientific literature consulted during the identification of this site can be found in the SAC Selection Assessment Document. Please be aware that although these sources contain information which is of interest in relation to this MPA, they do not necessarily represent the views of JNCC.

The following table provides an overview of the components of the conservation advice and provides hyperlinks to each of the products for this MPA.  These elements together form JNCC’s formal conservation advice for this site and should be read in conjunction with each other.  This updated advice replaces the previous Regulation 18 package for the site.  This advice reflects the most up-to-date evidence held by JNCC (correct as of  March 2018).

This site forms part of the networks of MPAs across the UK and contributes to international MPA networks such as that of the North-east Atlantic under OSPAR.  As the UK is a contracting party to the OSPAR Commission, JNCC is committed to ensuring that the OSPAR MPA network is well-managed.

The sub-sections that follow provide an account of the progress of North West Rockall SAC around each of the four stages in the MPA management cycle.

Fishing vessel monitoring data are used to monitor compliance with the management measure in place. Site condition monitoring surveys are yet to take place within this MPA. Further information will be made available in the Monitoring section.

Howell et al., 2014, suggest that some damage to the biogenic reef (Lophelia pertusa) might have occurred as large rubble fields, which could be the result of trawling activities, were observed frequently in two video transects. Some trawl marks were visible in the video imagery and in the high-resolution sidescan sonar maps, but it was not possible to determine when the damage might have occurred.  The report states that 'no visible signs of recovery from this trawling damage were apparent (e.g. recolonisation of coral rubble or boulders, signs of coral recruitment) which further support the 'restore' conservation objective set for this site'. Further information will be provided in the Assessment section. 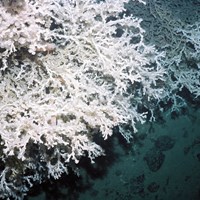 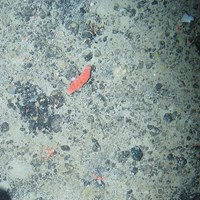 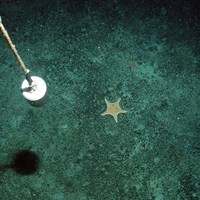 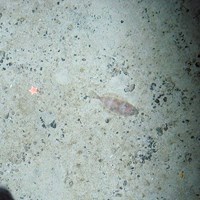 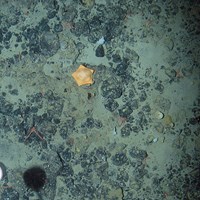 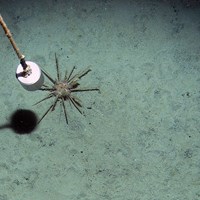 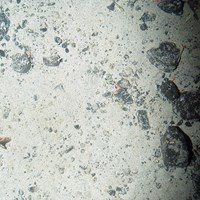