The site protects 862 km2 of seabed with a diverse range of species found living within and on top of the sediments. Hydroids, bryozoans and sponges colonise the boulders and cobbles, where hermit crabs and starfish also thrive. An assortment of burying animals such as worms, sea anemones and bivalves are commonly found living within the mixed sediments.

The acquisition of new data may result in updates to our knowledge on feature presence and extent within this site. The most up to-date-information is reflected on the map on this page and in JNCC’s MPA mapper. The underpinning evidence used in the maps can be viewed in the Evidence section.

The diagram below is a summary of the key milestones involved in the selection and designation of Offshore Brighton MCZ.  More detail can be found in the Relevant Documentation section and Annex 3 of JNCC's Advice on possible offshore MCZs considered for consultation in 2015.

This Site Information Centre is the most up to date source of information for this MPA, and will reflect any additional information gathered since these documents were produced. Therefore, some documents referred to below and any other historical documents relating to Offshore Brighton MCZ produced during the selection and designation process may be out of date. Further information about the Marine Conservation Zone site selection process and historic MCZ advice is available on JNCC's MCZ's webpages.

Information for this site summary was adapted from  JNCC’s pre- and post-consultation advice for Tranche Two MCZs (January 2016), in conjunction with the MCZ site report produced by Cefas for the MB0120 survey (September 2015). Please refer to these documents for further details and information sources. The summary also incorporates any further information gathered since these documents were produced.

Offshore Brighton MCZ lies in the deeper waters of the Eastern-English Channel, 45 km from the coast, and located to the south of the Offshore Overfalls MCZ. Its south-eastern and south-western corners meet the median line due south of Brighton where the water depths range between 40 m and 80 m. The site includes coarse and mixed sediments with areas of exposed rock. Offshore Brighton MCZ was originally recommended by the Balance Seas Regional MCZ Project in 2011 and is considered to be an important representation of high energy circalittoral rock within the 75–200 m depth bracket.  The site was prioritised for additional evidence collection in a verification survey undertaken by JNCC and Cefas in 2012 to improve confidence in the presence and extent of broad-scale habitats and habitat Features of Conservation Importance (FOCI).

The survey collected sediment samples, video tows and camera stills data as well as opportunistic acoustic data within the site.  The survey work confirmed the presence of broad-scale habitats (BSH) high-energy circalittoral rock and subtidal mixed sediments along with an additional BSH, subtidal coarse sediment. These three broad-scale habitats were designated as protected features within the site in January 2016. The BSH subtidal coarse sediment is the most widespread, occupying 58% of the MCZ and located mainly in the western area. The BSH subtidal mixed sediments is found in the eastern third of the site and occupies 27% of the area. The regional sediment distribution is influenced by a large scale geomorphological feature; the English Channel Palaeovalley System. The BSH high energy circalittoral rock is exposed where a tributary channel system merges with the deeper paleo-valley in the northwest of the site and occupies 15% of the total MCZ.

Offshore Brighton MCZ was included in the proposed network because of its contribution to Ecological Network Guidance (ENG) criteria to BSH, and its added ecological importance. From the 2012 survey, a total of 167 infaunal and 63 epifaunal taxa were recorded. This data was revisited by JNCC in 2014 and communities were statistically analysed to reveal potential biotopes present within the site. From the infaunal data analysis, JNCC concluded the community across the site could be matched to A5.451 Polychaete-rich deep Venus community in offshore mixed sediments which is a diverse community particularly rich in polychaetes (worms) with significant numbers of venerid bivalve (Venus clams). The epifaunal community appeared to be dominated by two biotopes including A5.444 Flustra foliacea and Hydrallmania falcata on tide-swept circalittoral mixed sediment, dominated by the hornwrack (Flustra foliacea) and the hydroid Hydrallmania falcata represents part of a transition between sand-scoured circalittoral rock and a sediment biotope. The second possible biotope was identified as A5.445 Ophiothrix fragilis and/or Ophiocomina nigra brittlestar beds on sublittoral mixed sediment, dominated by brittlestars (hundreds or thousands per square metre).

The full report of this analysis and further detail on the evidence for this MCZ can be found in the Evidence section.

Site location: Co-ordinates for this MCZ can be found in the Designation Order listed in the Relevant Documentation.

Site area: 862 km2 which is roughly ten times the size of Brighton.

Site boundary description: The location and shape (a large rectangle) of the site was chosen to capture the features and areas of biodiversity richness described above. However, given the comparatively large area of ocean involved, it was possible through discussions at the stakeholder meetings to design the boundaries so that socio-economic impact to both the UK and French fishing fleets that use this area extensively was reduced. The lower boundary was set to avoid the scallop French fisheries area to the south of the site. The site boundary was also moved as much as possible to the west to avoid areas to the east heavily used by both UK and Belgian mobile fleets (Offshore Task Group 2, March 2011).

Data for this MCZ have been collected primarily through JNCC-funded or collaborative surveys and some through other data sourcing.  Data gathered provide direct evidence confirming the presence of the protected features within the site.

References for further supporting scientific literature consulted during the identification of this site can be found in the (MCZ) annexes of our advice. Please be aware that although these sources contain information in relation to this MPA, they do not necessarily represent the views of JNCC.

The following table provides an overview of the components of the conservation advice and provides hyperlinks to each of the products for this MPA.  These elements together form JNCC’s formal conservation advice for this site and should be read in conjunction with each other. This advice reflects the most up-to-date evidence held by JNCC (correct as of  March 2018).

The sub-sections that follow provide an account of the progress of Offshore Brighton MCZ around each of these four stages in the MPA management cycle:

Site condition monitoring surveys are yet to take place within this MPA. Further information will be made available in the Monitoring section in due course. 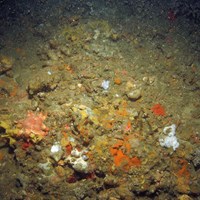 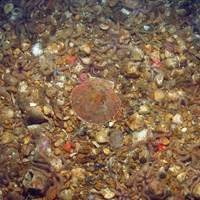 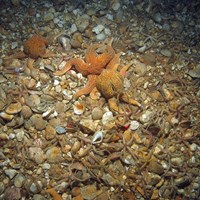 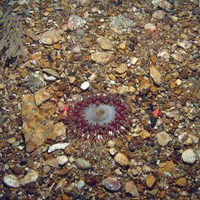 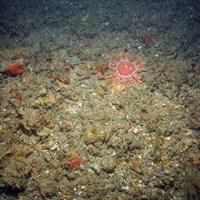 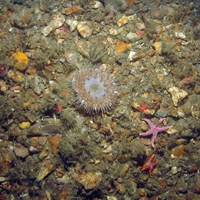