How birds interact with offshore oil and gas activities

Birds can interact with offshore oil and gas developments in various ways. This interaction can be with day-to-day operations or potentially with accidental large oil spills.

Marine birds are particularly vulnerable to oil pollution due to their distribution, foraging and breeding behaviour. Petroleum exposure alters feather microstructure, resulting in loss of water-proofing, thermal insulation and buoyancy, as well as flight impairment. Ingestion of oil from preening and feeding can have further physiological health effects, leading to organ failures. Birds contaminated at sea may therefore die from drowning, hypothermia, starvation, or dehydration. While major accidental releases of petroleum at sea can have profound effects on marine bird populations, chronic exposure to smaller amounts of petroleum can also lead to poor health conditions.

Day-to-day operations on and around platforms can also have impacts on marine birds. For example, some bird species are particularly sensitive to disturbance caused by shipping and helicopter traffic, which can result in displacement from their preferred foraging habitats. Other bird species can be attracted to or disoriented by light sources, which can cause mortality if associated with flame from gas flares, collision with infrastructure or exposure to oil. 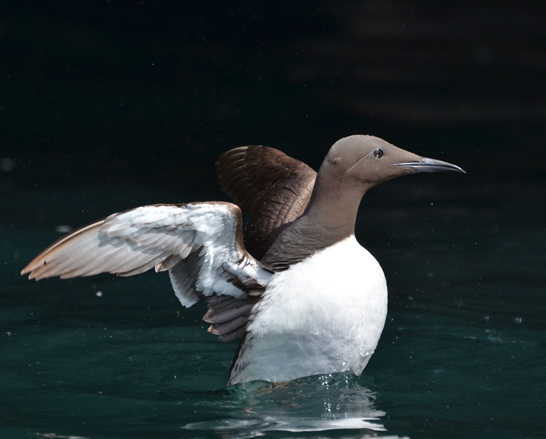 JNCC advises UK governments and industry on bird sensitivities to oil pollution. The development of a seabird sensitivity mapping toolkit (see JNCC's tools, guidelines and supporting information) has been instrumental in identifying areas and periods of concern for the development of various activities such as seismic surveys, drilling operations and visual and noise disturbance. This toolkit also allows JNCC and other statutory nature conservation bodies to provide rapid evidence-based advice regarding bird sensitivities in the event of a major pollution incident.

In order to aid contingency planning for oil pollution, and to inform emergency decision making in the event of a pollution incident, JNCC has been involved in the development of the Seabird Oil Sensitivity Index (SOSI) and JNCC has developed 'how to' guidance and processes to aid both contingency planning and rapid response. The SOSI identifies areas at sea where seabirds are likely to be most sensitive to potential oil pollution.