Offshore wind farms and other renewable energy developments are seen as a key part of efforts to combat climate change. However, there are a number of significant concerns about the potential of these developments to have a negative impact on wildlife and biodiversity, particularly in relation to birds. 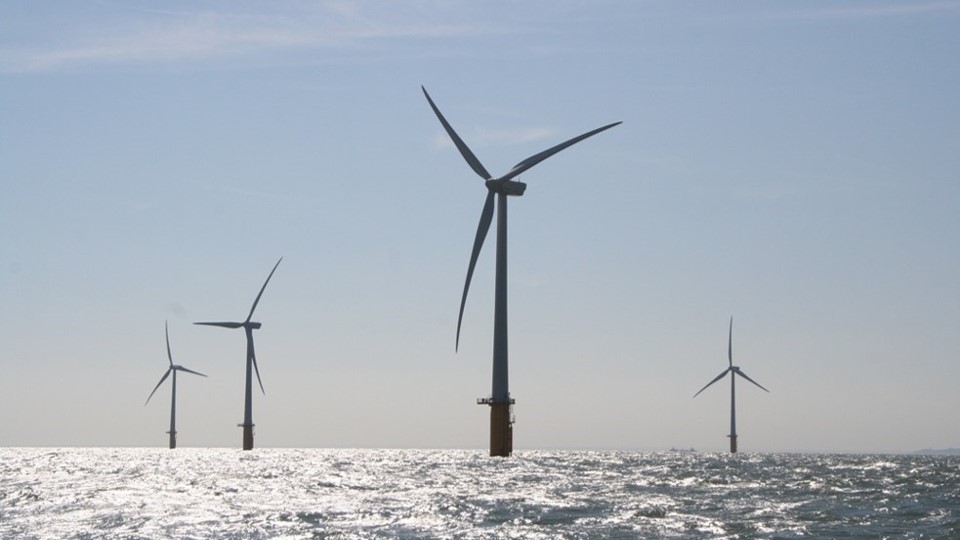 Offshore wind, wave and tidal development has the potential to impact UK and international seabird and marine bird populations in a number of ways, if not managed appropriately.  Birds are at risk of direct mortality from collision (see the Turbine collision section below) with turbine blades and tidal devices as they forage or transit through sites.  They are also subject to displacement (see the Displacement and barrier effects section below) from their normal foraging habitat through disturbance. Birds have also been observed to actively avoid offshore wind farms by flying around them (e.g. during migration or whilst travelling between the colony and foraging grounds): this is known as the 'barrier' effect.

These various effects may occur during construction, operation or decommissioning phases.

In order to inform the planning process for renewable devices/projects, Environmental Impact Assessments are required which assess the likely effects of a plan or project on species (and habitats) of concern. For offshore wind energy developments these often have a particular focus on potential effects to marine birds and their Special Protection Areas (SPAs), given the interactions described above (collision, displacement and barrier effects).

JNCC works closely with conservation agencies, the UK and devolved governments, NGOs and research institutes to provide evidence-based scientific assessments of the effects of offshore renewable installations on marine birds.  Working in partnership with industry, we have delivered evidence-based reports and technical guidance on how to measure and mitigate potential adverse impacts on marine bird populations, and this has led to (and continues to lead to) improved Environmental Impact Assessments.

Furthermore, JNCC advises on plan-level assessments for offshore wind (such as leasing rounds in England and Wales or sectoral plans in Scotland), supports the relevant statutory nature conservation bodies (SNCBs) advising on individual developments when requested and delivers strategic evidence that underpins environmental assessments for offshore renewables development (see reports below for some examples).

Our advice continues to influence government, policy-makers, regulators and companies involved in renewable energy to develop evidence-based policies and decision-making, which balances the needs for green, sustainable energy with protecting our marine environment and the species that it supports, including marine birds.

Birds that overlap in space with windfarms may be at risk of collision with the rotating turbine blades. Some species are more at risk than others and this risk depends on factors such as flight heights, flight agility, and degree to which individuals avoid either individual turbines or whole windfarms. A key component of Environmental Impact Assessments for birds is a collision risk model (CRM) which is used to predict the number of individuals of any given species which are expected to collide with a proposed windfarm each year.

In the UK, the most commonly used CRM is the Band (2012) model and more recently, the stochastic implementation of this model.

Less is understood about the risk of collision to wave and tidal devices, but this is likely to be an area of growing interest as this sector develops. Wave and tidal devices are largely confined to inshore waters, although JNCC may play a role in strategic understanding and evidence development in conjunction with the SNCBs as this sector develops.

Birds may be either displaced from their preferred foraging areas (displacement) or be required to undertake more costly flights between the colony and preferred foraging areas (barrier effects) due to the presence of windfarms. Both of these may affect individual fitness (and therefore survival and/or reproductive output) with potential for population-level consequences. Displacement is thought to be a particular concern for some species.

JNCC led a workshop which resulted in the production of an updated Joint SNCB Interim Displacement Advice Note that provides information and guidance for assessing the extent and potential consequences of seabird displacement from offshore windfarm developments.

JNCC is in a prime position to understand the strategic research and evidence needs across the UK in order to better assess, mitigate and manage effects of offshore renewable energy developments on marine birds. We have commissioned several research reports which should be of benefit across industry, regulators and SNCBs (for example see JNCC reports 614, 553 and 431), and in conjunction with Natural England, a seabird population viability analysis (PVA) tool.