The Pisces Reef Complex is located in the western Irish Sea, in the north-west mud basin. It is approximately midway between the Isle of Man and the coast of Northern Ireland.

Located in the western Irish Sea, in the north-west mud basin, the Pisces Reef Complex is approximately midway between the Isle of Man and the coast of Northern Ireland.

The site has an extensive mud plain with three protruding areas of Annex I bedrock and boulder-dominated stony reef. The three reefs rise 15–35 m above the seabed and are composed of silty bedrock, with a patchy veneer of muddy sediment, due to sediment deposition from a localised scouring process. The reefs themselves support a diverse community of brachiopods, ascidians, hydroids, sponges and fish. The Pisces Reef Complex MPA overlaps with a Special Area of Conservation that has been identified for the protection of Harbour porpoise, the North Channel MPA.

Legislation behind the designation: EU Habitats Directive 1992 transposed into UK law by the Conservation of Offshore Marine Habitats and Species Regulations 2017 (as amended).

The diagram below is a summary of the key milestones involved in the selection and designation of Pisces Reef Complex SAC. More detail can be found in the Relevant Documentation section.

May 2012
Site formally recommended to the UK Government as a draft Special Area of Conservation (SAC).
August 2012
Site becomes a candidate SAC (cSAC) and is entered on the Register of European Marine Sites.
November 2013
Site is approved by the European Commission as a Site of Community Importance (SCI).
January 2015
Management measures proposal submitted to the Commission.
September 2017
Site is formally designated as a SAC by UK Government.

The Pisces Reef Complex is located in the western Irish Sea, in the north-west mud basin. It is approximately midway between the Isle of Man and the coast of Northern Ireland. The area consists of an extensive mud plain through which three areas of Annex I bedrock and boulder-dominated stony reef protrude. The average seabed depth within the site boundary is approximately 100 m with a maximum of 150 m and a minimum of 70 m at the peaks of the rocky reef outcrops. The deepest depths are within the scour pits which encircle the outcropping rocky reefs.

The three reefs rise 15–35 m above the surrounding seabed and are composed of tertiary igneous rock and boulders, with the reef tops composed of silty bedrock, with a patchy veneer of muddy sediment due to sediment deposition from a localised scouring process. The reefs support a diverse animal community, including hydroids (e.g. Diphasia nigra), a range of sponges, including the cup sponge Axinella infundibuliformis, echinoderms, for example the cushion star fish Porania pulvillus and various crustaceans, for example the edible crab Cancer pagurus and squat lobster Munida rugosa. Additionally, the reef may provide shelter for juvenile fish, including blue whiting, bib, red gurnard and wrasse. In particular, the mosaic of bedrock and stony reef provide a myriad of ledges and habitat niches. Of note is the occurrence of the Diphasia alata hydroid community which is not currently included within the Marine Habitat Classification for Britain and Ireland and is considered rare. The difference in species composition and abundance between the reefs and the surrounding mud plain highlights the importance of the reefs in providing a refuge for numerous species.

Site depth range: The site sits in a mud basin, with the reef features protruding, sitting at their shallowest between 70 m below sea-level, and the deepest parts in the scour pits around the rock features reaching down to 150 m below sea-level.

Site boundary description: The site boundary for the Pisces Reef Complex SAC has been defined using JNCC’s marine SAC boundary definition guidelines. The boundary is made up of three separate polygons enclosing the minimum area necessary to ensure protection of the Annex I habitats. It does not include the areas of muddy sediment that lie between the reefs. The bedrock reef features were derived from collating survey data from various detailed acoustic and biological surveys. The areas of bedrock and stony reef that met the definition of Annex I reef were delineated based on the interpretation acoustic data, which showed a clear distinction between the hard and soft substrates. Seabed modelling using the Benthic Terrain Modeller (NOAA) was also carried out for all three areas. Refer to the Evidence section for further detail on the data for this MPA. As any bottom trawling that occurs in the area may pose a threat to the reef, the boundary includes a margin to allow for mobile gear on the seabed being at some distance from the location of a vessel at the sea surface. This buffer has been applied individually to each of the reef features of the site.

The full overview of the various data used to support site identification, along with information on confidence in feature presence and extent is available in the Pisces Reef Complex SAC Selection Assessment Document. JNCC will be adding relevant survey data for this MPA to its MPA mapper in due course.

Some of the data for this SAC have been collected through JNCC-funded or collaborative surveys and some through other means. Data from these surveys/this survey provide direct evidence confirming the presence of the protected features within the site.

References for further supporting scientific literature consulted during the identification of this site can be found in the SAC Selection Assessment Document. Please be aware that although these sources contain information in relation to this MPA, they do not necessarily represent the views of JNCC.

The sub-sections that follow provide an account of the progress of Pisces Reef SAC around each of the four stages in the MPA management cycle.

A baseline condition monitoring survey for this MPA was undertaken in 2016. The survey aimed to gather evidence to monitor and inform assessment of condition of the Annex I Reefs within the site. The results of this survey are not yet available. Further information will be made available in the Monitoring section in due course. 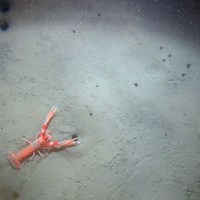